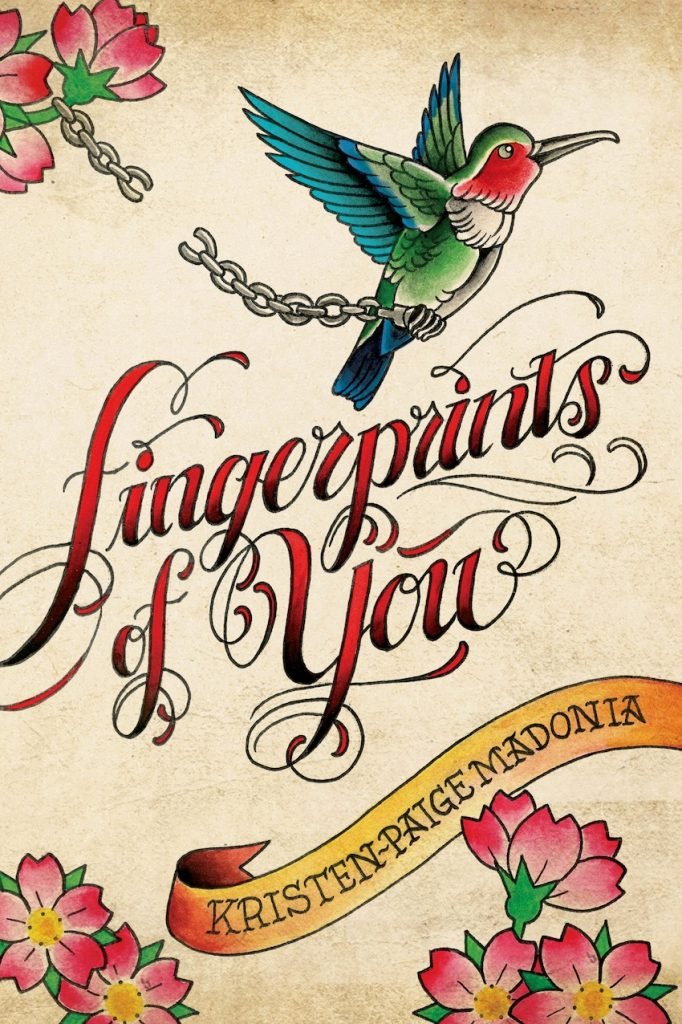 My mother got her third tattoo on my seventeenth birthday, a small navy hummingbird she had inked above her left shoulder blade, and though she said she picked it to mark my flight from childhood, it mostly had to do with her want- ing to sleep with Johnny Drinko, the tattoo artist who worked in the shop outside town.

“Stella-Stella,” he said when we entered. He sat in a black plastic chair in the waiting area, flipping through a motorcycle magazine, and he looked up and smiled. Big teeth, freckles, alarmingly cool. “Good to see you.”

He put the magazine down as the bell above our heads dinged when the door closed behind us. He was tan and toned and a little bit sweaty, and he wore a dirty-blond ponytail that hung to his shoulders. His sharp eyes were so blue, I thought of swimming pools and icicles the first time I saw him. My mother told me about Johnny Drinko after he gave her the orange and blue fish on her hip, but I’d expected him to be as unlikable as the other burnouts Stella hung around with back then. I had not expected him.

“And you brought your kid sister this time.” He winked at her, and I popped a bubble with my piece of pink Trident, listened to the hot hiss of the tattoo needle inking skin some- where inside the shop.

The hummingbird was Stella’s third tattoo, but it was the first time she let me come along, so she was nervous, her hips shifting from left to right inside her tiny white shorts. It took a lot to make her shaky, and I could tell she wanted a beer or maybe a highball of vodka, but I knew she’d go through with it since I was there watching. Once she made her mind up, there was no going back. It was one of the things I liked and disliked about my mother.

“Lemon’s my kid,” she said to Johnny, and she tucked a panel of frizzy bleached hair behind her ear.

She’d gotten a perm a few weeks earlier and was still adjust- ing to the weight of the nest hovering above her shoulders. It was the first and last perm she ever got, but I’ll never forget the vast size of her head with her hair frazzled and sprung out around her face like that.

“I figured it’d be good to bring her along, let her see how much it hurts,” she said, and I thought of our argument the week before when I announced I wanted a tattoo of my own.

“Like hell,” she had said when I told her about the sketch of the oak tree I found in an art book at school. We were in the apartment, and she was making baked chicken for dinner. Again.

“You have two,” I reminded her.

“I also have nineteen years on you and my own job.” She peeled back the skin of the bird’s breast and shoved a pat of butter underneath.

I rolled my eyes. “I’ve got my own money,” I said, which was true. I’d been saving my allowance and slipping five- dollar bills from her purse when she wasn’t paying attention.

“You’re not even seventeen yet, and I’m your mother. No. Chance. In. Hell,” she said, and she put her hand up like a stop sign as if directing traffic, signaling that the conversation was indisputably over.

Johnny Drinko wiped his palms on his jeans and ran his eyes over the curves of my body. “Lemon, huh? How’d you get a name like that?”

And then my mother used the laugh she saved for men she wanted to screw when she wasn’t sure they wanted to screw her back. “Look at her.” She nudged me forward toward him. “Sharp and sour since the day she popped out.”

It never ceased to amaze me that she insisted on using this line for explaining my name, when really we both knew she picked Lemon on account of her obsession with the color the September I was born. She was a recreational painter, and each month she randomly selected one shade to use as the base for all her work. September of the year I was born was the month of Lemon, a muted yellow paint she found in an art store when we lived in Harrisburg.

Johnny Drinko sat down behind the cash register and lit a Marlboro Red while my mother leafed through binders of tattoo sketches. The shop smelled like plastic wrap and cigarettes and sweat, and I could feel Johnny watching me from behind the counter, so I cocked my hip and put my hands on my waist, reciprocating.

I’d lost my virginity that spring to a senior at school, and even though we only did it four times before he got suspended for selling weed at a soccer game, I considered myself to be experienced. The first time the pothead and I tried it regular, the second time he did it from behind, and the last two times he used his tongue first, so even though I was just getting started, I thought I knew what felt good and what didn’t. I’d learned enough, at least, to recognize that a guy like Johnny Drinko could teach me all the things I still wanted to learn. 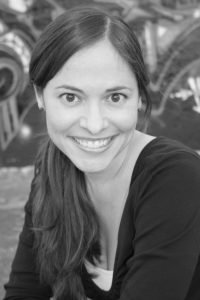 [/frame] Kristen-Paige Madonia is the author of Fingerprints of You, a young adult literary novel that will be published in August by Simon & Schuster. Her short fiction has appeared in various publications including Upstreet, New Orleans Review, American Fiction: Best Previously Unpublished Short Stories by Emerging Writers, and Sycamore Review. She holds an MFA in Creative Writing from California State University, Long Beach. Kristen-Paige currently lives in Charlottesville, Virginia where she teaches creative writing and is at work on her second novel. You can follow her on Facebook and Twitter. Share this post with your friends.