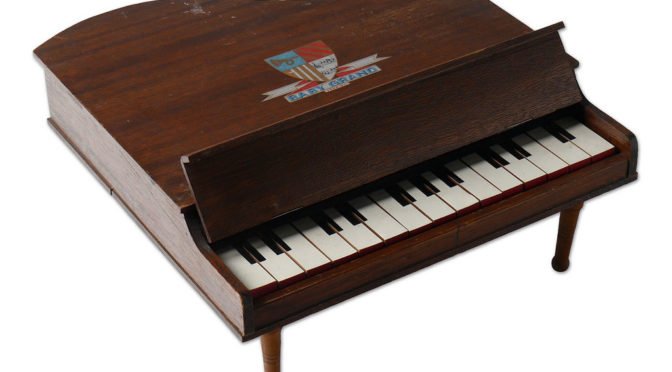 I’m seven years old, and streams of people lean on the walls of the viewing room, standing in line for their turn to see my father in his coffin. I’m so close that the slippery gloss of the lacquered wood slides against my scratchy dress. The smell of lilies mixes with Mr. Clean, making the flowers seem artificial even though they’re not. The velvet lining, the shiny veneer, the bouquets, and his fancy clothes—a black suit I can’t remember ever seeing him wear—makes me wonder if the man inside is really my father. He should … END_OF_DOCUMENT_TOKEN_TO_BE_REPLACED Podcast: Marital and family duties constrict the life of a matriarch who contemplates change in her latter years.

Read the story online: Away by Juditha Dowd 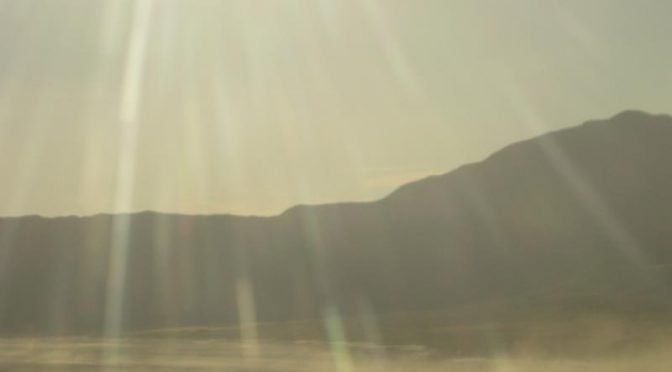 Where I First Was Happy   The twilight was never silver, but the trees were Russian olives. I was the only thing that bloomed there. Grandma’s petunias back by the house were really white, And the pair of white horses never lay down. The rest was grey: barns and fence posts In matching dust, fine and smooth as refined flour. Stirred up it could hang and fade like fog. Now I feel like dust dispersed in air, Settling over hours, days, taking the shape Of what it touches, to move through high desert On Grandad’s … END_OF_DOCUMENT_TOKEN_TO_BE_REPLACED 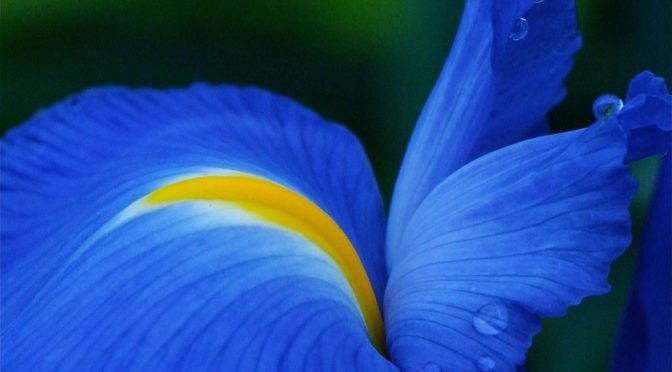 I am floating in near total silence in the women’s bathhouse at the Jefferson Pools, a natural mineral springs in Bath County, Virginia. Surrounded by six other women, some nude, others in bathing suits, there’s only the swish of a raised arm or a sigh when we reposition ourselves on the bright and squeaky Styrofoam noodles provided to keep us afloat in the warm, clear water. Enclosed by an aging wooden roundhouse, its whitewashed walls speckled with green mold, the pool is deep with a stony bottom and bounded by sparse curtained dressing rooms. It’s … END_OF_DOCUMENT_TOKEN_TO_BE_REPLACED 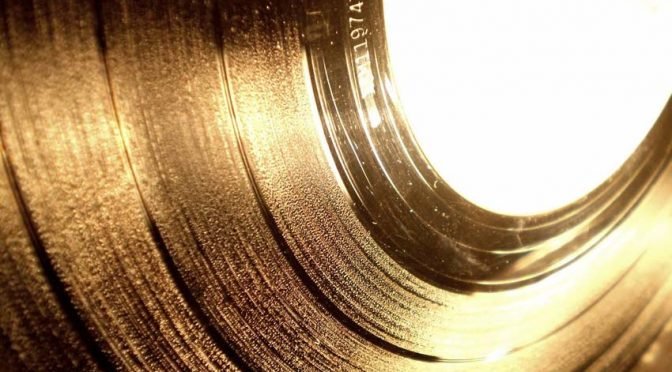 Thirty-Three   The number of vertebrae in the human spine when coccyx bones are counted individually. The temperature at which water boils on the Newton scale. In Fahrenheit, just above freezing. It’s a not-so-secret symbol for the KKK, where each K is the 11th letter of the alphabet, times three. Who died at 33? Perhaps Alexander the Great. Yes, and Eva Braun, Hitler’s lover, was a suicide. Sam Cooke’s age, when he was murdered at the Hacienda Motel. John Belushi overdosed. Jesus the Christ was crucified at 33, after 33 miracles. Count them yourself, if … END_OF_DOCUMENT_TOKEN_TO_BE_REPLACED 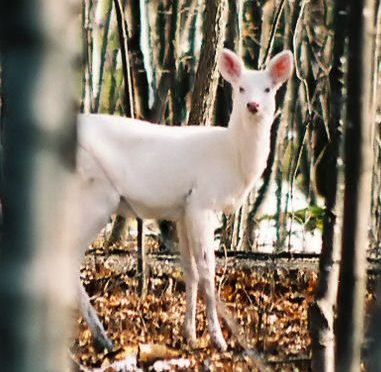 Bonnie took a toothpick and dug at her fire-eaten scalp. Fifteen more minutes. Her mama always loved Bonnie’s red curls. “Just as sweet as the bluebirds singing in the oaks,” Mama would whisper to her. “God spun those curls out of fire with his little finger just for you, precious.” Maybe that’s why the perm solution and the hair dye burned so bad: Bonnie was trying her best to take on God’s job. In the past few years, her perfects curls had turned into frizzy wires and her flame-red hair diluted into a muddy rust. … END_OF_DOCUMENT_TOKEN_TO_BE_REPLACED 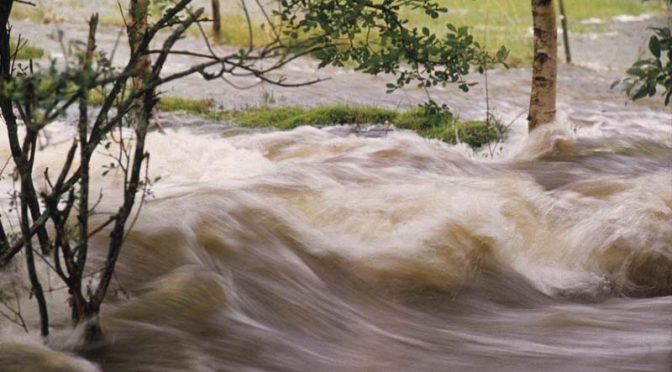 Flood   Small hands pull a mud-stained pillowcase across wet ground, prized possessions, blessings still bound, boxes filled with half-spilled lives, lugged uphill. Hear the river roar: I take all I take all from those who look back.   Listen           I came here to count the bells that live upon the surface of the sea… Here by Pablo Neruda Now on this turquoise sea glitter a million silver reflections of the morning sun. And I think they make no sound at all— Still, I listen. Judith Grissmer has been published in The Alembic, Burningword, … END_OF_DOCUMENT_TOKEN_TO_BE_REPLACED 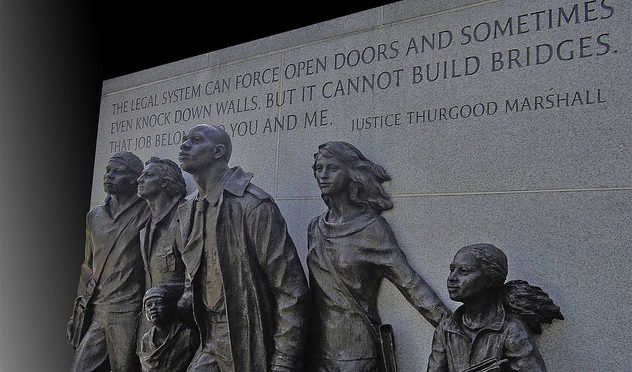 I didn’t know exactly where we were going as my brother took me for a ride in the countryside of my home county on a late February Saturday. He drove down a narrow paved road and stopped near an overgrowth of trees and bushes. “Do you know where we are?” Not until I heard, “This road used to be dirt” did it hit me—Emma’s. We made our way through tangles of vines and wintery twigs, only to find the four-room house completely collapsed with just an old chimney of “Pee Dee” imprinted bricks left standing. … END_OF_DOCUMENT_TOKEN_TO_BE_REPLACED 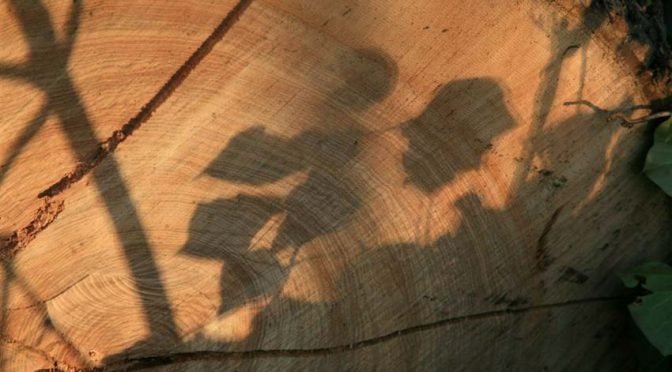 I Have   I have never been so tired in my whole life. The mountains run across the river—pointing like a knife. Forlorn boathouses perched out on rotting piers. Empty lots of naked scrub. A water tower. A column of fire. The lattice of clouds make sparkling fishmouth, the intervening atmosphere, twinkling distant lights. Crepuscular, this stand of trees. In my hands, a paperback— its yellowing leaves. Everything I have and everything I need.   Home   It may not be as surprising to you as it was surprising to me to learn that a … END_OF_DOCUMENT_TOKEN_TO_BE_REPLACED 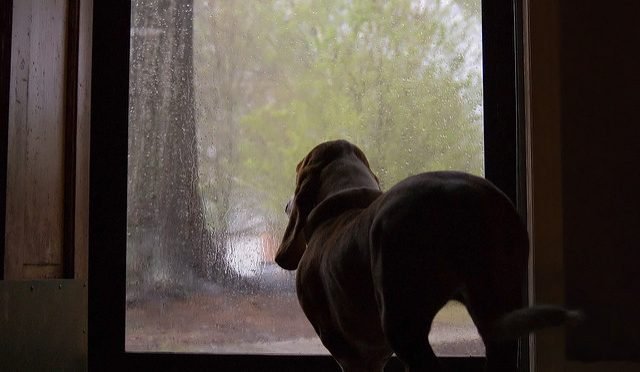 “Old age ain’t no place for sissies,” the actress Bette Davis famously said, and these words reeled through Muffin’s head as she crammed a pill pocket down the throat of her ancient basset hound. Ernestine was no sissy. Overweight, asthmatic, maybe a little depressed, the dog had the droopy-eyed mournfulness of Davis during the late “Baby Jane” phase of her career. Some of her teeth had fallen out. Her swaybacked body was knobbed with benign tumors the vet said were “evidence of her aging immune system.” She smelled musty, cheesy, like a Brooklyn deli on … END_OF_DOCUMENT_TOKEN_TO_BE_REPLACED