About midnight out of nowhere Pete’s best friend Eddie hauled up out of his chair like a zombie back from the grave, sprinted naked across the lawn, and hurtled himself in cannonball into the middle of the swimming pool, which was filled with about 24,000 gallons of crème brulée in honor of Pete’s engagement to Shelly who Eddie had never warmed to.

The screams from the guests drowned out Pete’s completely unhostly “Fuck!” as a scene crossed his mind of his best friend drowning in egg, milk, and imitation vanilla. But the crème saved Eddie. Eddie sunk about a foot or so into it, depressed his own little crater, and then just sat there still in cannonball. Crème matted his hair and caramel scars crisscrossed his thighs. Pete’s Shelly hollered, “He’s going to have to eat his way out!” and some of the guests laughed. Eddie punched the brulée and pelted chunks at the guests, who screamed and howled and tripped dodging into each other.

Pete crawled to the end of the diving board. He was only five feet or so from Eddie and even though Pete was short and scrawny and Eddie was neither, Pete offered his hand. But Eddie glared at him.

“It’s real and true crème brulée, Eddie, so deal with it,” Pete replied.

Eddie heaved himself onto the brulée top and crawled toward Pete. But the top soon cracked and Eddie’s chest slumped into the custard while his rear end hiked up. Guests, emboldened by Eddie’s distractions, sidled slowly back to the poolside. While Eddie see-sawed through the crème, they put their two cents in: “Stretch out!” “Disperse your weight!” “Elongate, bro!” Eddie’s neck and face turned a dark, infuriated red. He peeled himself from the brulée top and sat facing Pete.

“We are unrefined!” Eddie said.

“Eddie, I told you—” Pete started.

Eddie grabbed Pete’s hand and yanked him into the crème face first. Pete would later remember laughing, pawing around in crème, laughing and inadvertently sucking crème into his lungs and coughing and sensing Eddie scrambling toward him, bracing for that impact and then that impact, as Eddie slammed into Pete and Pete felt his bones reconsider all of his joints and he wondered as he always did where such strength came from and why it was always wasted on him. As Eddie pinned Pete on his back as he had so many times growing up, Pete felt the crème billow and exhale under him. “Hey man, hey bro,” Pete said, but Eddie’s hands which had grown so large over the years were on Pete’s shoulders which had never really grown and he was pushing Pete down into the crème. Down, down. And Pete was drowning in custard made of imitation vanilla, etc., and he thought, Fuck, he’s killing me. He’ll kill me over this. Eddie was saying something over and over again but Pete could only hear himself as he said, “Hey man, what the fuck? What the fuck man? We’re cool, we’re cool,” twisting around like a fish trying to grab a decent breath of air. Pete wanted nothing too much, just a gulp of O2, that was all.

Later that night, after DJ Eric C. took Eddie home, Shelly insisted though Pete wasn’t in the mood. While Shelly moved in the dark on top of him, all Pete could think of was the sugar in the pool out back coming apart, cratered and irreparable. Tomorrow, the bugs would feast. He had not thought of this before. He had not thought of the mess. He had only thought of the grand dessert. Shelly stopped. She laughed. She said her on top was like Eddie on Pete in the brulée. It reminded her of what Eddie kept saying over and over till DJ Eric C. pelted him out cold with an artfully tossed Bud bottle. Shelly leaned over Pete so her hair tickled his neck. She put her hands on his shoulders and pressed him down into the mattress so hard her nails pinched his skin. Shelly’s face disappeared in the darkness of the bedroom. She dropped her voice and growling she said, “My sweet. My sweet. My sweet. My sweet.” 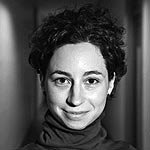 Sara Anne Donnelly is an award-winning writer, editor, and journalist based in Portland, Maine. Her work has appeared on Maine Public Radio and in publications like the Boston Phoenix and Downeast Magazine. She was a James Michener Fellow in Creative Writing at the University of Miami and is currently working on a collection of short stories and a memoir, both set in Maine. For more on Sara, check out www.saraannedonnelly.com.