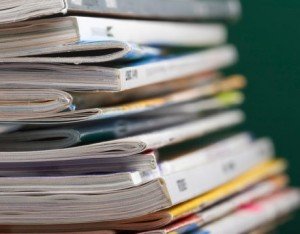 [/frame]Sometime after Streetlight published the 5th issue, I met Browning Porter. The staff of SL had just heard bad news. Our printer Lexis Nexis was pulling the plug. It was during the financial crash of ’08 and we were a bit stunned. What to do to keep the magazine alive? None of us had the stomach for knocking on doors with our tin cups. Someone thought to call Browning. (He had not been active on the magazine since I had joined the staff). After more than a few meetings, plotting and paper, he helped us wrestle our independence from the Charlottesville Writing Center and file for our own non-profit status. And so after a not-so-brief hiatus or hibernation, as some of us called it, Streetlight incarnated on-line.

SL: Browning, what do you remember about how Streetlight got started in the very beginning?

Browning: It was the 5th anniversary of the Charlottesville Writing Center and we thought to commemorate it with a new project. We applied for a grant to get free advertising with WMRA radio. WMRA gave us the grant and in addition to advertising for the Writing Center on their program they asked us to judge their essay contest–they had been looking for someone to judge it and I said we’d love to and suggested why didn’t they expand it and make it an essay, poetry and flash fiction contest.

Around this time there was a guy who worked at Lexis, Mathew Farrell, founder of Hypocrite Press, and gadfly in the Charlottesville arts scene, and he approached me and told me that Lexis wasn’t interested in donating money, but wanted to donate services instead of cash. They wanted to print something for free and suggested printing an anthology of my students’ work. This all sounded cool on paper, but I realized it wasn’t something that I felt like I could take on at the time.

Then it just so happened, a group of young people called me up.They wanted to start a magazine and didn’t have any idea of how to go about it and they wanted me to advise them. They were just getting started. And I said it’s funny that you should ask because I just got this offer from Lexis who wants to print something for free and I don’t have any idea of what to put in it and if you guys can produce a magazine…well, bam, there you go.

So I met with them. They were really young, fresh out of college. I think it was Alicia Casey who worked as a bartender at Rapture and she became a driving force behind the formation of SL in the early years. Another one was Sandra Beasley, a kind of rock-star now in the poet world. I told them that we could tie the magazine in with the writing center for non-profit status, advertise the magazine far and wide on public radio, take on the writing contest, and publish the winners in the magazine…so everything kind of merged.

The CWC board was nervous about sponsoring a brand new magazine to be run by some fairly young and inexperienced writers they didn’t know well, but they agreed to on the condition that I serve as the new magazine’s editor-in-chief, long enough to get the enterprise off the ground.

And the core concept went forward that the magazine’s idea would be about local writers—to differentiate us from other journals–although we agreed not to exclude any writing of good quality. And it went really well. We published two issues and then I was ready to pass it on and Susan Williamson stepped in as editor-in-chief and I became poetry editor. Lexis Nexis published five issues before ending their donation-in-kind. This was the time when so many print journals were struggling and so many were moving into the on-line space. 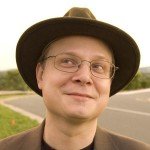 [/frame]Browning Porter, a graphic designer, musician and storyteller, is founder of Streetlight and served as the magazine’s editor-in-chief for two years. He is currently working on a secret poetry/art project for the Bridge Progressive Arts Initiative.

Ed. Note: Streetlight became independent from the CWC and was granted its own non-profit status in 2009.