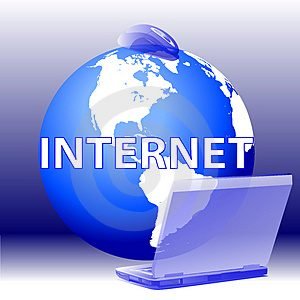 Up until a few days ago, when it was returned in a glorious shower of shooting stars and singing angels, the internet connection at my house had been out for about a month. I suppose its absence could have been an opportunity for reflection, an exploration of what life is like without an electronic leash, without an instantaneous connection to the larger world, but mostly it was just annoying. I couldn’t check my email … so I just did it at work. I couldn’t download things … so I just did it at a coffee shop. I couldn’t … actually, those are the two things I use the internet for, really. And if it was an emergency, I could use the satellite connection on my phone.

However, there was plenty of time for reflection and consideration when recent storms took out the electricity at my house for four days, because without electricity, the ball game’s over: no lights, no TV, no computers (and no internet, if it had been working), and no water (we have a pump). Not having all that for four days left me sweaty, smelly, dehydrated, and confused. Being without the internet for far longer than four days left me, um, slightly less informed? In terrible want of cute cat photos?

As much as the internet now permeates our daily lives, it’s reach is still short, it’s breadth wide and shallow. For most of us, who don’t work from home, who don’t Skype their meetings, who, when there’s an internet outage at our jobs just work on other things until it comes back, losing it isn’t the end of the world. Having your access to the internet cut off isn’t like your car breaking down, it’s like your car’s air conditioning not working; really annoying, but easily bearable in the grand scheme of things.

I bring this all up just to observe that, despite the enthusiasm of some concerning the power of the internet to change our lives, we’re not there yet. The internet, for those with access to it, is still a bit lower than a utility like water or electricity. Like a cell phone, it’s yet another thing to pay for, and complain about when it isn’t working. Mayors don’t appear on TV when the internet is down, at least not yet.

Eventually, as the digitization of our world becomes more and more omnipresent and all-encompassing, the internet going down will be the equivalent of electricity going out or water being cut off, but for now and for most of us, and probably for a long time coming, losing access to the world wide web is an inconvenience; a pretty annoying one, but nothing more.