In 1983 I gave up on acting. I was a sophomore in college. It was not an easy choice.  Since junior high, I had been convinced I was going to be America’s answer to Laurence Olivier. I had chosen to attend California State San Francisco because their Theater Arts department was aimed at training for the 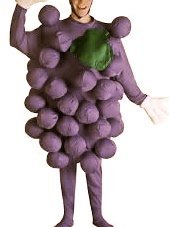 realities of a career in stage, film, and television and I loved the limelight. But, it turned out that the program’s realistic approach to careering, the emphasis on cultivating commercial skills —feeling no shame singing and dancing dressed as a grape for Fruit-of-the-Loom—was not for me and ultimately sent me in a different direction.

I had also always been a writer.  I penned my first novel (a sci-fi epic a la James Herbert called The Translucent Paramecium) in sixth grade. Luckily, SF State had at the time—and still has—one of the best Creative Writing departments in the USA. The poet Stan Rice chaired a department that featured Anne Rice, Gina Berriault, Nanos Valaoritis, Robert Gluck, and Dan Langton—all teachers who helped me to understand and to explore the craft of writing once I switched over. (My fellow Tuscan expatriate author Frances Mayes was also a teacher there back then but our paths never crossed, oddly.)

Along with many discarded and failed experiments in verse and prose, some lasting work did emerge from those days of trial, error, and learning the craft. The lasting texts began as seemingly random short stories about things that happened to me back then: an odd encounter with the rest of the world while house hunting in the hip South of Market Area, seeing a silly, drug-fueled fight at a friend’s party, bar talk with a post-punk band at SF’s famed Edinburgh Castle, another friend’s descent into addiction and hospitalization at the hands of the SFPD, late-night aesthetic discussions at Baker Beach, a budding love affair with a talented painter on her way to study in Europe. Soon, however, as the Reagan years wore on and we saw their immediate effects—this new thing called middle-class homelessness, a stepped-up war on drugs, art, youth, and culture, a corrosive irony that swallowed whole our every youthful attempt to create and to love and to explore—the stories began piecing themselves together like a puzzle. I discovered that one protagonist could act as a foil for another character in another story; that one story’s plot and protagonist mirrored another story’s arc but with a gender difference, or a different outcome. I found that the stories together built a community and that I had been experiencing a community all along and that, by recording so many particulars, I had unwittingly tapped into the collective experience of a generation of young artists, musicians, writers, bohemians, and druggies living in an oppressive and ironic era underground in a particularly scenic city. 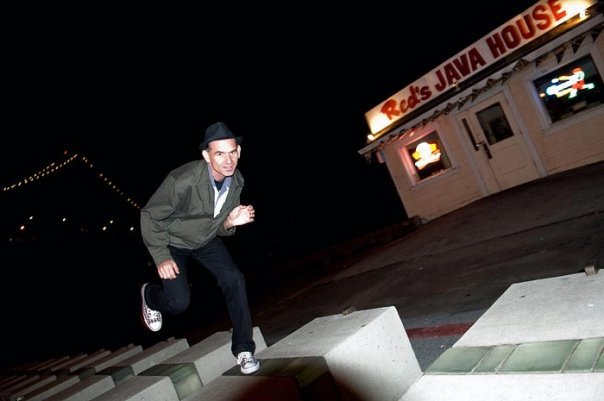 By 1986 I had finished my studies. I worked both a day and a night shift at two different bookstores all that year, sold everything, gathered together $3,000 in travelers checks, and set off for Europe to write a novel. Meanwhile, the stories that make up my collection languished in a box in my sister’s basement in Walnut Creek, California.  It wasn’t until the mid 1990’s that I retrieved, revised and re-ordered them, crossed out all but the title of my problem child and wrote a whole new story, pouring into it everything that my memory still cherished from that time and place but which had never made it into any of my writing. More than anything else, that one final story seemed to pull all of the themes of the collection—art, love, the historical moment, and place—together finally and the collection became complete. A line from Samuel Beckett’s The Unnamable gave me my title: “Low types they must have been, their pockets full of poison and antidote.”

The collection, “Poison and Antidote” will be published this summer.   The opening story, House Hunting appears in the current issue of Streetlight.  I always thought that I wanted to be an actor so that I could live many lives, many stories. I think now, in retrospect, that writing is a better, closer way to do that.

Lee Foust is the author of Sojourner, an anthology of prose and verse.