I wasn’t a natural writer but I always wanted to be one. Born in New York City, I soon moved to Providence, Rhode Island with my family and then to Washington, D.C. where my father began working for the C.I.A. After a few more years, we moved to Germany with his job. I attended boarding schools in Switzerland and Concord, Massachusetts. I had a rooting nature like a tree, but with all the moving around I got turned into a rolling stone. I found life on the road exhilarating, painful, and confusing. I depended on the fiction I read to help me sort it out in deep, important ways. Writers like George Eliot and Salinger really understood what I wanted to understand. Even more important they could express it. I had a terrible struggle to find what I could do myself. My emotions were so elusive or so overwhelming. The deeper I went into myself in search of my particular material, the more conflicted I got. 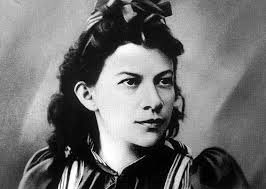 Though I graduated from the Iowa Writer’s Workshop, I moved forward very slowly in anything resembling a “career.” Over almost two decades, I published a few short stories, some essays and two novels (the second one a historical fiction called I Krupskaya, My Life with Lenin). I wasn’t that happy with my work. It seemed either too constrained or insane. Then my life blew up during midlife divorce, and I could not get anyone to take an interest in the manuscript of my third novel.

Through miraculous intervention, an old friend, who was a successful documentary filmmaker, asked me to work on some feature scripts with her. Later, I followed her into documentaries for PBS. It was a great release and education to collaborate with her. We were close enough so that I felt she was an answering mind, even when we argued. Gradually, something about the mixture of studying subjects outside myself and learning who I was through differences with my friend helped me mature. The mists of self-consciousness began to lift. 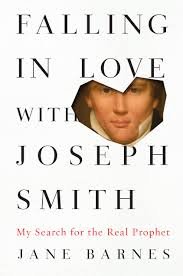 I learned something real about my abilities and the world I lived in. We were constantly turning over stories that summed up an aspect of America. Almost unconsciously, I was honing the non-fiction side of my mind. Enter Joseph Smith. I exploded with a feeling of recognition. I’d had enthusiasms of this sort before but my response to Joseph was, in the phrase of my filmmaking friend, “beyond the beyond.” After our series, The Mormons, aired, I wrote about the big bang moment of God in America by wrapping my spiritual autobiography around Joseph’s actual biography. Hence cameth Falling in Love with Joseph Smith, my third book.

You can see I was aging and changing which is a good thing, but only very slowly realizing how inspiring historical characters were to me. Writing about Joseph Smith made me look back at Krupskaya and see how she was another public figure none of my friends ever thought I resembled. My friends saw even less of Joseph Smith in me than they did in Lenin’s wife. I, however, felt as Cathy did of Heathcliff, that “I am Joseph, Joseph is me.” 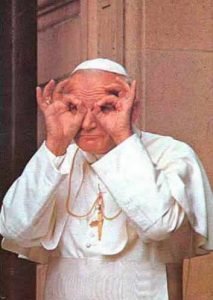 Willa Cather wrote that (to paraphrase) the art in literature is not on the page. It’s in the subtext and resonance of the story. The book I have just finished is (literally) a mystery set in a documentary we made about John Paul II. I’m not sure why. Maybe because it lets me play with disrespect and love for another massive authority figure. It’s called Pope Caught in Steamy Love Triangle. I’m not sure what compelled me to drag JPII—now a saint—into my cheeky narrative. Maybe it’s because my parents had complete say in how we moved and lived when I was a child. But while I was looking into myself for an answer, I didn’t have much to write about. Once I looked out at the big heroes of the world, I was at play in the fields of the Lord.