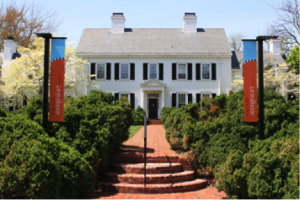 I am a retired minister. That is what the umbrella title for the occasional pieces that may appear in this space refers to. It is fair warning that what I write about may have something to do with religion, though what that something will be remains to be seen and may not be immediately recognizable or easily definable. For example, this week’s subject matter: My wife and I recently spent a Saturday morning at the Kluge Ruhe Museum. Kluge Ruhe is a small treasure located in the Pantops area of Charlottesville. It is the only museum in the United States given entirely to the study and exhibition of Australian Aboriginal art. What drew me to the museum on this occasion were events being held in connection with NAIDOC Week. NAIDOC stands for National Aboriginal and Islander Day Organizing Committee. A little bit of history is probably in order. 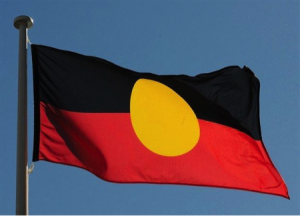 As early as the 1920’s Aboriginal people were boycotting Australia Day (think Columbus Day in the U.S.) because it celebrated colonization in a one-sided way and because of the treatment indigenous people had received from the colonists. In 1938 a protest was held on Australia Day that was referred to as the Day of Mourning. Soon the Day of Mourning became Aborigines Day and was an annual event held the Sunday before Australia Day in January. In 1955 Aborigines Day was shifted to July so that it would not be seen as merely a protest against Australia Day but as a celebration of indigenous cultures. Although NAIDOC Week is now observed all over Australia by both Aboriginal peoples and people of European descent (and even by a few people in Charlottesville), a proposed national holiday has not yet been approved. 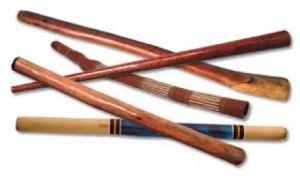 NAIDOC Week was celebrated at Kluge-Ruhe by a flag raising ceremony, the sharing of some Australia-style refreshments, a guided tour of the art exhibits that are on display in connection with NAIDOC Week, and a performance of didjeridu music. To be honest, it was the music that caught my attention in the newspaper notices, but while the didjeridu demonstration was both enlightening and entertaining, the gallery tour also turned out to be thought-provoking in ways I had not expected. To relate to the art, we learned, you had to have some sense of the notion of “The Dreaming.”

“The Dreaming,” as I understand it, refers to a time when ancestors walked the earth and sang the world that now exists into being. It refers to the stories that are told about that time. And it refers to the relations that were established among people and between the people and the land. It is both myths of origin and the world view that grows out of them, and is therefore very much a current reality that Aboriginal artists working today draw on and express through their art.

What I am getting around to writing about here, however, is not Aboriginal culture, which I am not in the least qualified to do, but my own reaction to the concept of “The Dreaming.” I am aware that “The Dreaming” is only a very rough attempt to express in English the meaning of words coming from multiple Aboriginal languages, that the term does not come close to doing justice to the many layered meanings the words have in their own setting, and that in fact our English term can be misleading because of the various ways we use the word. Nevertheless, I couldn’t help but transfer the term back into some contexts I am more familiar with. 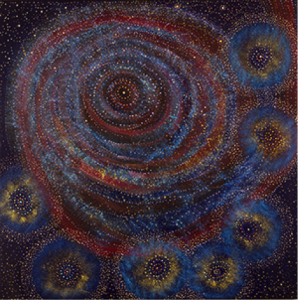 Wouldn’t it be a good thing, I asked myself, if our sacred stories and writings were collectively referred to as “the dreaming” rather than, for instance, the Word of God? Wouldn’t that allow them to be every bit as compelling but somehow less authoritarian, more a part of who we are and less as something imposed from on high?

Wouldn’t it be a good thing if our expressions of religious truths went under the name of “the dreaming” rather than, for instance, theology? Wouldn’t that take the sharp, combative edges off some of our words, help us to be less concerned with defining and defending the Truth and more concerned with describing the way the world is and how it might be?

And from a different perspective wouldn’t it be a good thing if the writings of our storytellers and poets, what we would typically think of as our secular writing, might sometimes be thought of as part of “the dreaming?” Do story tellers and poets not sing worlds into being, attempt to describe with richness and complexity how the world is, and with equal richness and complexity, how it might yet be?

Wouldn’t it be a good thing if we were able to see our art and our literature as in some sense religious in nature? I do not insist on the word, but since I bother to ask the question, you can guess how I would answer.

(More information about the Kluge-Ruhe Museum can be found on their website: www.kluge-ruhe.org)