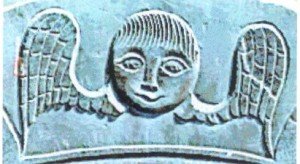 As I write, Halloween is upon us.  Not that I need to say anything.  Signs of its approach have been around for a while.  It is unlikely to slip by unnoticed.  Depending on how you measure such things (public displays, retail spending, poll numbers), Halloween is challenging Thanksgiving for second place among our culture’s favorite holidays, and it has the momentum going forward.

My affection has little to do with theological meanings or liturgical practices.  All Saints’ Day is for the commemoration of all the saints, known and unknown.  Since saints are important to many Christian believers, All Saints’ Day has its place.  Personally, I have always felt that the saints among us, official or unofficial, for the most part get plenty of attention already.  All Souls’ Day in formal church language is for the purpose of commemorating “all the faithful departed”.  I prefer a more literal and inclusive reading.  For me all souls means all souls, faithful or not. 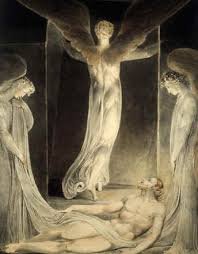 My wife and I recently drove from Virginia to Michigan for a family visit.  Our travels took us to or past places that were filled with recollections of people who had been important to each of us.  A childhood home.  The home of a first marriage where news was received of a spouse’s death in a car crash.  The site of that crash.  The site of another more recent crash that killed a 50 year old family member.  Reminders of deaths by disease and suicide as well as accidents. Visits with old friends who had seen us through hard times.  Sites of first jobs and childhood vacations.  Memories of previous marriages, children when they were young, those “other people” we were when we were young.  All of the people who are brought to life through our sweet, painful, and complicated memories deserve to be honored, not because of their goodness, their saintliness, but because they are the souls who have constituted our lives.

I am reminded of Faulkner’s oft-quoted words from Requiem for a Nun: “The past is never really dead.  It is not even past.”  Here’s a paraphrase: The dead are never really gone.  They are not even dead.  The souls of the dead inhabit our lives, and they deserve to be honored, including those we are unable to remember with any fondness.  That is one reason I resonate with the notion of an All Souls’ Day. 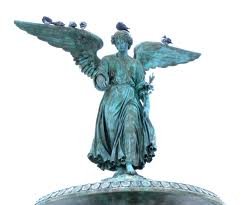 In an entirely different vein but still in the spirit of inclusiveness, May Sarton suggests another approach to All Souls’ Day.  In her poem All Souls 1991, she memorializes the children killed in the first Iraq war.  “Their fifty-five thousand/Bereft souls/Cloud the dirty sky/Will not go away,” she writes.  Her impassioned words are a grim reminder to me both of the souls that are killed and referred to as collateral damage, and indeed all those souls reduced to the status of statistics in news reports.  All Souls Day confronts me with the need to bring those souls to life within us and invite them too to inhabit our world.

Finally, it also occurs to me that it is not only the living and once-living whose souls can rightly be honored.  As many authors have attested, fictional characters can assume a personality, a soul if you will, of their own and rise up to tell their creators what they will say or do next.  And as many readers can attest, those fictional characters can sometimes come to inhabit our world just as surely as the real life people who have made us who we are.  In a more inclusive spirit of All Souls, why not honor them as well?  They too have shaped and directed, inspired and consoled us. 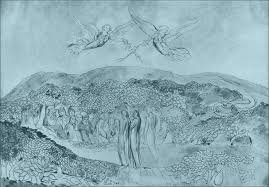 So here’s to the souls, the flawed human beings, who have loved us and troubled us along the way and brought us somehow to where we are.

And here’s to the souls whose lives have been taken and are being taken by disease or natural disaster or human violence and who, though they will remain anonymous, must somehow be given life within us that is more than numbers.

And here’s to the characters who have been imagined for us by others but who have taken up residence in our own imaginations and mingled their souls with our own.

Here’s to all souls.