When I learned that one of the two main characters in Sue Monk Kidd’s latest novel, The Invention of Wings, is Sarah Grimke, of course I had to read it. I was not disappointed. In an “author’s note” Kidd describes her intention as being not to render a thinly fictionalized account of Sarah Grimke’s life but rather to offer a thickly imagined story inspired by Sarah Grimke. Thickly imagined though she may be, the Sarah Grimke I meet in Kidd’s book is resonant with the image of her I have been carrying with me all these years. Kidd brings her to life. She also brings to life Hetty “Handful,” a slave of the Grimke household given to Sarah as a present on her eleventh birthday. The story is told in two alternating voices, Sarah’s and Hetty’s.

I met Sarah and Angelina Grimke in another life. It was almost 50 years ago and I was a graduate student in the field of American religious history. The Grimke sisters were characters in some of the stories I was responsible for learning. For the most part, the characters I encountered in my studies were little more to me than names on the page, pieces of information to be assimilated and mastered. This person wrote an influential book. That person led a significant movement. I needed to know what they had done and why it was important, but that was about all. Sarah and Angelina Grimke were different. They made a claim on me. They captured my imagination. I fell in love with them at first sight.

The Grimke sisters were born into a prominent, slaveholding family in Charleston, South Carolina. Sarah was the sixth and Angelina the last of 14 Grimke children, 12 of whom led lives typical of the Southern aristocracy in the early nineteenth century. Sarah and Angelina, each of them in their own time and in their own way, rejected the privileged life laid out for them, openly challenged slavery, and left home to live in Philadelphia. 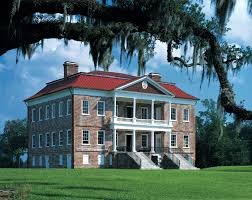 There they joined a Quaker meeting and eventually became the first female agents of the American Anti-Slavery Society. They went on speaking tours, telling their audiences from personal experience about the evils of slavery.

Because their audiences included men, they came under attack even from fellow abolitionists who believed women should not be engaged in this way. Angelina authored a tract called An Appeal to the Christian Women of the South.  Sarah wrote a seminal piece on women’s rights called Letters on the Equality of the Sexes. Together, and with Angelina’s husband Theodore Weld, they produced a book entitled Slavery As It Is, which provided the inspiration and much of the material for Harriet Beecher Stowe’s Uncle Tom’s Cabin. When Angelina and Theodore got married, their simple cotton clothing contained nothing that came from cotton plantations and the sweets that were served similarly had no connection to sugar plantations.

I learned all this early on, and it was enough to fill me with admiration. The seriousness of their commitment, the depth of their conviction, their discontentedness, their willingness to speak their minds, to take risks, to transgress the boundaries of convention were an inspiration to me. And still are. The Grimke sisters have lived inside me all these years, spirits of conscience and encouragement. So I am grateful for Sue Monk Kidd’s The Invention of Wings for the personal reasons I have been describing. I am also grateful for it because it may bring the Grimke sisters (Angelina is also a character in the book) to some wider, well-deserved attention. Though they were household names in the 1830’s, they are little known today. It would be to our benefit if not only their names but their stories were better known today.

In a previous blog I complained that too few white writers deal with race in any depth. The Invention of Wings is just the kind of book I hope for. It describes in a direct way the relationship between these two strong women who know themselves to be friends and allies but whose relationship is complicated and made ambiguous by the fact that one of them is a slave and one is a slave owner. Both need to be freed. 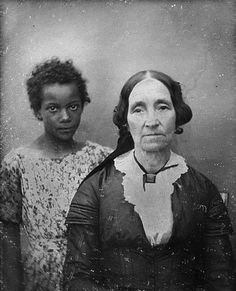 In a less direct way, the issues that Sarah struggles with and that Hetty must contend with have a great deal to do with what in our time we have come to refer to as white privilege. Kidd’s book is a valuable contribution to that discussion as well. I hope it receives a wide and lasting reading.

A Charlottesville VA resident, Jim Bundy is the author of two books, one an historical study, the other a collection of sermons.