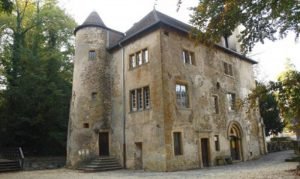 On this day (June 22) in 1558, the French took possession of the French town (or province), Thioville, from occupying English forces. This was a pretty important battle — for both the French and the English — because it marked, not the beginning, but the penultimate, of the end of English occupation in Calais, its last outpost in France.

Curiously enough, if you Google Thioville, which I of course have done, Google responds “Did you

mean Thionville?” Well, no. If you keep insisting, which I, of course, did, Google will eventually throw out a long series of Thioville hits, all of them in French. Some of which are nicely translated into English and I can therefore tell you about them.

For example, one site promises “World’s Best Photos of Thioville.” One suspects some tongue-in-cheek here, since all the photos on display appear to be of rail cars, mostly tankers. There’s also a site that features a series of Youtube videos of trains in motion. And, not least, a site called Plenty of Fish features the  profile of one ironn79, a 36 year old of “average body type” who admits — or boasts — that he “smokes often” and is not seeking a relationship or any kind of commitment. His sun sign, in case you care is Taurus and he believes his personality to be that of an adventurer. 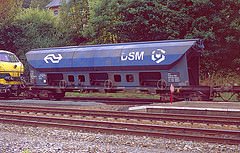 Most of the rest, as usual with Google, appears to advertisement of one kind or another (for example, a short video from Peugeot on the treatment of autobody scratches) or random facts about various people: baccalaureate announcements, job searches, and one from Ancestry.com, concerning one Nicholas Poigne who was born in 1575. In Thioville? If so, he had the privilege of being born into a province by then fully French. It must have been a fact of some significance — at the time at least. And possibly to his descendants?

Google Maps does not admit the existence of Thioville. Not as a town, not as a province, not as a 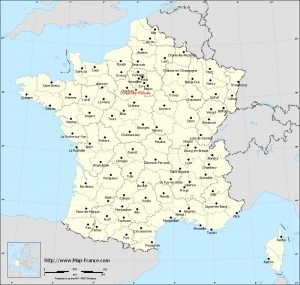 railway station even. This is a puzzle for which I do not possess sufficient French to seek out an answer. Since Googling Thioville comes up with pages and pages of hits, I must assume that the name, at least, continues to resonate in French culture, but, I can’t know why. By the way, Thionville, which was evidently annexed to France in the seventeenth century, is not Thioville and appearts to have no relationship. Or does it? Is it? I remain puzzled

This is not about French history, certainly. It’s not even about the internet, that wonderful maze, accessible to all of us — even the linguistically deficient. It’s about that blinking on and off of light we call history. Yes, Thioville was an important battle site. See it here? No, it doesn’t exist as a place, nor does any history of what happened to it after 1558. Well, this is the welter we live in, friends. The clues that survive and the limits of our knowing. Sometimes it seems clearer than this, but…

I really do welcome comments from people who know more about this. Please be kind, but do tell.

BTW at least one of the illustrations here (but not the train cars) is of Thionville. Tsk, tsk. I couldn’t help it.