Imagine that, 20 years ago, my father and I were visiting my sister in her apartment. It was a warm, sunny day. My sister was making us ice tea. I was sitting in the living room with my father. He was complaining about his wife and her children. He said: Sometimes I want to take the gun out of the drawer and shoot the whole lot of them.

I thought, The gun, out of the drawer? Not a gun out of a drawer?

For another example, let us consider our former president Bill Clinton, and his statement –“ I did not have sexual relations with that woman.” I could say the emphasis was mine, but it was also his, when he said it those many years ago. 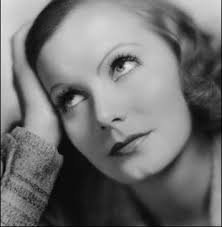 Adjectives also matter. Let us take Greta Garbo as an example. She is often quoted as saying, or having said, “I want to be alone,” (or, with an accent – I vant tu bee alohne).

So, adjectives and verbs matter too.

Laura Marello has written eleven books. Guernica Editions published Laura Marello’s second novel Tenants of the Hotel Biron in 2012 and her first novel Claiming Kin in 2010. Her third novel, Maniac Drifter, is forthcoming with Guernica in 2016. Tailwinds Press published Marello’sThe Gender of Inanimate Objects and Other Stories in 2015; it is shorlisted for the Saroyan Prize. Balzac Robe, chapbook forthcoming from Finishing Line Press, June 25th.

She has been awarded a National Endowment for the Arts grant, a Wallace E. Stegner Fellowship at Stanford University, and a Fine Arts Work Center Provincetown Fellowship. She has benefited from residencies at MacDowell, Yaddo, Millay, Montalvo and Djerassi.   2nd Finalist in 2016 New Women’s Voices Award.