Full disclosure: I didn’t ask Erika Raskin* to be this month’s interviewee until after she had decided on the story I had submitted. That being said, once she had reached her decision (a yes, by the way!), I followed up with an invitation to be on my Focus On Fiction blog, and she agreed. —Nancy Christie

What is your role at Streetlight Magazine?
I’ve been the fiction editor of the (beautiful) online arts journal for a year and a half. 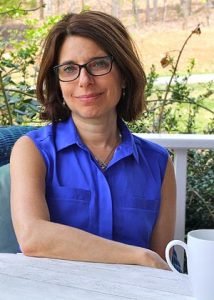 As an editor, what do you look for when deciding which piece to publish?
I love short fiction with judiciously meted out back-stories, dialogue that gooses the plot forward while showing some skin, and prose with just enough edginess to feel real.

For me, a short story should be like hitting the mother lode when choosing a seat on a train. A spot across from warring adult siblings, for instance. Not only does the immediate run-up to the fight become clear, but recurrent themes also pop in. The narrative, neither whispered nor shouted, would come to a satisfactory conclusion just as the train pulls into the station.

What are the most common mistakes you see in short stories?
Not being able to tell what a story is actually about is a pretty big one. Outlines, even those that could fit in a tweet, really do help.

Other issues include relying on unnecessary description, inartful dialogue and show-offy vocabulary. (Back in the day, Mark Twain referred to the latter practice as using five dollar words when fifty-cent ones would do.) Short stories demand that each phrase be able to defend its place on the page.

On the flipside, a narrative that is too spare is flat and uninteresting. I want to know what the character looks like, any physical tics he might have, and whether there is a particular smell that follows him into a room.

Have reader preferences changed over the past few years in terms of what they want to read or the kind of short fiction that appeals to them?
I can’t speak for other readers but I am becoming increasingly open to new genres. For instance, I’m not normally a science fiction fan, but I’d certainly give a submission a shot if the story grabbed me. We recently ran a piece I was taken with by Nicholas A. White called Date Night. The setting, which is about fifteen minutes from now, explores the terrifying intrusion of technology into our most private moments.

On a side note, I believe that as the political situation becomes more tenuous the need for art that both reflects and challenges will play an even more critical role in peoples’ lives.

What impact, if any, do you feel the advent of e-readers has had on increased interest in short stories?
Being able to slip a light tablet into one’s purse or backpack means a whole work of art can be accessed while sitting in a waiting room or on a lunch break. It’s a big deal. Streetlight has also recently embarked upon an audio venture—producing recorded performances of featured works.

Do you have a personal favorite among short story writers? Is there a specific short story that made such an impression on you that you have never forgotten it?
I love Pam Houston, Ellen Gilchrist, Salinger, Lorrie Moore. They all pretty much knock me out.

Do you also write short stories?
I’m finishing up a collection of linked pieces about travelers and the random connections between them. While some of the characters drop in on each other, helping to progress one another’s accounts, most of the action actually takes place in the past.

I can almost see the finish line from my desk and am seriously looking forward to sending the stories off to New York.

Any tips on submitting to Streetlight Magazine?
Just do it. 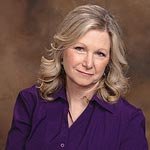 Nancy Christie is the author of the collection, Traveling Left Of Center and Other Stories (a runner-up in the 2016 Shelf Unbound Competition) and two short fiction e-books, Annabelle and Alice in Wonderland—all published by Pixel Hall Press—and the inspirational book, The Gifts of Change (Atria/Beyond Words).

Her fiction has been accepted by magazines such as Toasted Cheese Literary Journal, Down in the Dirt, Bethlehem Writers Roundtable, St. Anthony Messenger, Talking River, and others. One of her stories was shortlisted for Pulp Literature’s 2016 The Raven Short Story Contest. Christie is also the founder of “Celebrate Short Fiction” Day, an annual celebration of short stories and those who write them, and host of the monthly Monday Night Writers group in Canfield, Ohio. For more information, visit her website at www.nancychristie.com. Her story, Accidents Will Happen, will be featured in Streetlight‘s spring publication.

In addition to editing Streetlight‘s fiction, Erika Raskin is a novelist. Her first book, Close, was about family therapy. On TV. Best Intentions, coming out this August, is about a hospital social worker, her physician-husband and the legal case between them. You can find out more about Erika at erikaraskin.net. She is not without opinions.

One thought on “Nancy Christie Interviews Our Fiction Editor”