When I was in college I took a child development class with a lab, complete with Osh Kosh B’Gosh clad tots. We studied how they picked up language to convey meaning. 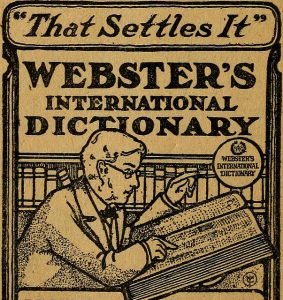 I remember one experiment in particular. The little kids would be shown pictures of an action word–in present, future and past tense illustration:

–See the clown? Soon the baby will laugh.

–The baby is laughing now.

–The baby laughed when the clown came over.

Then the young subject would be shown a picture of somebody doing something random like touching a spot on the wall. They were provided with a made up verb describing the activity.

–The lady is clonking,

–Soon she will clonk,

“Clonked!” the small people in their Velcro sneakers would inevitably answer. Voila! They were somehow able to generalize grammar rules without actually being taught how to do it with a new word.

Unfortunately I can’t remember how they knew what to do with the conjugation rule.

But anyway, the reason why I was thinking about all of this, is because my grandboy is learning how to speak and it’s a miraculous thing to behold. He counts. He labels. He repeats.

And he does this one thing in particular that just knocks me out.

His favorite meal is monana (macaroni and cheese) which he would eat 24/7 if given the opportunity. Which he isn’t. (Except when his parents aren’t home and I’m babysitting.) In any case, if you ask him what he wants for breakfast, lunch or dinner, he chants reverentially: Mo-nana! Mo-nana!

But the wildly interesting thing he has come up with is to use his word in vain.

‘Monana,’ he utters if the remote is removed from his little fingers.

‘Monana!’ he exclaims when told he can’t go outside.

‘MONANA!’ he yells at the stupid puzzle piece that won’t fit.

He has, without instruction, figured out that the same word can be used both sacredly and profanely.

It is particularly fascinating for me now as I, too, am at a linguistic frontier. I have come down with what can only be described as Trump-Triggered-Tourrette’s. I turn on the news and suddenly my sentences come out comprised only of curses. Bad ones. Words that never before crossed my lips are now employed as nouns, adverbs and adjectives.

But I’m trying to be more careful with my language. I am a grandmother after all. So to the GOP who voted to deprive health insurance to 23 million Americans, all I can say is this: 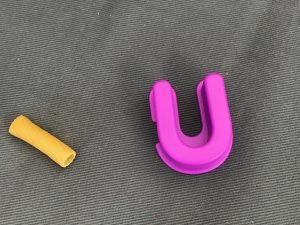 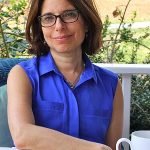