The Workers of Macchu Picchu

Like corn, the mortals were husked in the bottomless
granary of forgotten deeds, miserable events,
from one o’clock to seven, to eight,
and not one but many deaths came to each:
every day a small death—dust, worm, lamp
snuffed in the slums of mud—a small thick-winged death

entered each laborer like a short lance,
and these men were driven by bread and by the knife,
by the rancher, son of the seaports, dark captain of the plow,
like rodents of overrun streets:
all weakened waiting for their death, their brief daily death;
and the fateful ageing and fading of each day was
a black cup from which, all trembling, they drank. 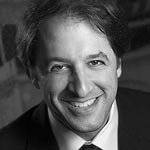 Stephen Massimilla is a poet, scholar, professor, and painter. His co-authored volume, Cooking with the Muse (Tupelo, 2016), won the Eric Hoffer Book Award, among others; and acclaim for his other books includes an SFASU Press Prize for The Plague Doctor in His Hull-Shaped Hat; the Bordighera/CUNY Poetry Prize Forty Floors from Yesterday; the Grolier Poetry Prize; a Van Rensselaer Award, selected by Kenneth Koch; and others. His work has appeared in hundreds of publications, and he teaches literature and writing at Columbia University and The New School.