I bought them,
two big books,
fat with two lifetimes of poems,

not so much to read them,
which, over a long time, as is meant, I will do,
but just to look at,

their bigness,
heavy as loaves of grainy peasant bread,
and their pictures on the covers, 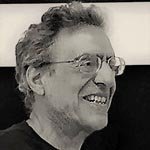