This is a true story.

After my husband Billy died in June of 2020, his ‘step daughter’ Zoe, a beautiful and vivacious woman of fifty offered her home in Santa Barbara to hold his memorial. We waited until the 2021 vaccines and chose the month of August.

Zoe’s mother had been Billy’s girlfriend in the Seventies, and she and Zoe lived with Billy in Hollywood. Zoe’s mother and Billy never married. Zoe would laugh and refer to herself as the ‘step-daughter’ and make quotation marks in the air.

While our daughter Tempe and son Charlie were growing up in Topanga Canyon, Zoe had been present at birthdays, Christmases, and Thanksgivings. We flew to Hawaii for her wedding to Marco. She moved to San Francisco and we would hear of her successes. A TV series. A very lucrative clothing design line.

I always had a warm spot in my heart for her. And here she was generously offering her chateaux in Montecito, located in Santa Barbara’s exclusive enclave in the hills above the ocean. Billy would have liked such a setting for his memorial.

Sometime in July, Tempe and Charlie drove up from L.A. to spend the weekend with Zoe and Marco. To check out the space for seating, caterers, the martini bar, the jazz band, the tributes, the film montage screening, and so on.

I called them as they were driving back to L.A. How did it go? They seemed stunned. Unbelievable was all that they could say. Later they recounted what had happened during their weekend in Montecito.

The evening at Zoe’s, as they sat in the grand chandeliered main rooms with floor to ceiling glass French doors, vaulted ceiling, terraced lawns, gazebos and fountains, Marco, a tattooed martial arts instructor and a psychic healer, had displayed his carved bows and handmade arrows he had fashioned from oak, antlers, and rattler’s skin. Zoe makes him keep them in a little alcove on the second floor.

Marco offered Tempe and Charlie a taste of California weed. He then opened a closet and pulled out a life-size standup figure of Trump. At first we thought it was a joke, Tempe said. But when Zoe talked about Hillary as the head of a child pornography ring we realized it wasn’t. Zoe and Marco were serious. They are Trumpers!

I was aghast. What did you say?

We were so shocked we couldn’t say anything, Charlie admitted.

And here was Billy’s beloved ‘step-daughter’ not only a Trumper but also a quasi-conspiracy person. Billy hated Trump. We all do.

It was too late to cancel. The guests, all liberals, as far as I knew, had accepted the invites, made plane reservations, booked hotels.

I lay awake at night, sick to my stomach, rehearsing how to manage what seemed to be an impending disaster. We cannot possibly have Billy’s memorial hijacked by Trump. I tried to allay our panic. Well, Billy loved the bizarre I’d remind them. Billy loved the absurd. It became my refrain. But in the same breath I’d whisper, don’t tell anyone. We must not let anyone know. They won’t come.

Billy, in his last weeks of life became delusional and when he reported that he’d seen Trump at a party, the staff told us that was when they knew to up his meds. Tempe said that one of the last things he’d said to her over Face Time was he didn’t want any Trump Republicans over his dead body.

In the middle of all this, the Delta variant rears its nasty head and L.A. issues a mask mandate for inside spaces. We tell Zoe. We now have to figure out how to handle a party with the threat of the virus. Zoe and Marco scoff at masks and vaccinations.

The guests are emailing questions. What to tell them?

We agonize. We put out an announcement: masks are encouraged. We report to Zoe that guests will not feel comfortable inside anymore. We need to rethink the seating, the tables, the martini bar, where and how the film is shown, and the tributes.

There’s no way Marco is going to wear a mask, Tempe said.

Then the caterer drops out because the hosts are not vaccinated. We are distraught. We are on a three-way text. Zoe texts a long diatribe about hoaxes and she claims that Santa Barbara doesn’t have any Covid cases, which of course was not true. Don’t argue. Just don’t go there. Tempe texts Zoe, “We have to agree to disagree.”

The morning of the memorial, we arrive at the mansion, our fears blazing. An amazing sight greets us. Zoe has arranged garden seating, sofas and chairs, white linen clothed tables, out on the terraces, spaced out under large white umbrellas, the bars and bartenders stationed on the terraces, the jazz band and singer all in masks in the great room, with French doors open. She had booked another caterer. She’d figured out how to show Billy’s edited film montage on a loop on a large TV where the French doors open and breezes blow through the rooms and people could come and go and not be crammed into a screening room.

The Trump standup figure had been stuffed behind a door in a remote bedroom down a long hall. The guests had no idea that they were eating and drinking, partying in a Trump lair.

Only one guest had seen the Trump figure and he told me later that he thought that Marco used it for target practice. 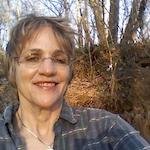