Jared lies in bed, propped up by his arms folded behind his head, a two-day stubble peppering his face and neck. One foot dangles off the side of the mattress. Dark, wiry hairs spring out of his leg, exposed by pajama pants hiked up mid-calf, bunched and wrinkled like old parchment because he doesn’t believe in ironing pajamas. You’re just gonna sleep in them and wrinkle them anyway. Besides, no one’s going to see them. No one except Lisa, who’s in the bathroom brushing her teeth with the door open. He half-smiles and says to the open door: “Your grandparents ever have one of those egg slicers?” Lisa doesn’t hear him. Well, she hears him but can’t make out what he says with the water running and the electric toothbrush humming inside her head. “What?” she says into the mirror, as if her voice could reflect off the mirror and into the room behind her, as she stops brushing and turns off the faucet. She waits for Jared’s response.

“Those egg slicers,” says Jared, as if she heard what he asked her in the first place. “You know, those gadgets that have those indentations where the egg sits so it doesn’t roll off, and then the thin wire-like things that you lower over the egg that slices it into even sections. Then you just tilt it and the egg falls onto your plate like perfect circles of sunshine.”

“I think so,” says Lisa. “I had completely forgotten about them til now.”

Jared smiles. “It always amazed me how those slicing wires disappeared into the slots at the bottom of the slicer, hiding their involvement in what had happened to the egg.”

Lisa turns the handle on the faucet and resumes her brushing. “You’re weird.”

Jared watches Lisa come out of the bathroom in her version of dressed-for-bed. Nylon shorts alternately flounce and cling to her thighs as she moves across the bedroom. White v-neck t-shirt loosely wraps an athletic frame. Jared looks at her admiringly. “I wonder if any of them are still around.”

“Maybe Geneseo has one at the diner. His salads in the front case always have those perfectly sliced eggs.”

“Yeah, maybe I’ll ask him next time I’m there.”

Jared’s been on this kick, trying to recall “lost” objects from his childhood. He was raised by his grandparents, so a lot of what he remembers is of a generation before Lisa’s. The other day he asked Lisa if she remembered whether her mother or grandmother had a metal thimble. Then he paused for a second as his eyes looked up to the left and added, “or one of those pin cushions that were shaped like a tomato, with those green felt leaves coming out of the top. I don’t know why they allowed that stuff around kids. All anyone had to do was put it in his mouth and bite down and that would be it.”

And there were the mosaic ashtrays that kids made in school or the more industrial versions that you could pick up at a rest stop on the New Jersey Turnpike, and the cheap metal car ashtrays that you could remove to dump out the ashes but that few people did, and side vent windows in cars while we’re on the subject, and plastic slipcovers for the couch.

“If you’re trying to recapture memories of your childhood, why don’t you just look at old photographs?” Lisa asked.

“Photos are too static and so two-dimensional. All these photos, I’ve seen them so many times that I don’t know if I actually remember the events or just remember the photo. Objects: they’re tangible, they have totemic significance!”

Lisa knows that she can always tell how much importance Jared attaches to something by the vocabulary he uses. “Totemic” definitely ascribes significance. In fact, Jared has been thinking about collecting as many of these items as he can and opening a museum, maybe at the back of the house, and calling it “As Seen in Childhood,” like those stores that sell the gadgets advertised on TV and “not available in stores,” except in stores now named, “As Seen on TV.”

“I’m not sure about the side vents, though. Would I have to get an old Chevy or could I just find the vent in a junk yard? And if it’s just the part, how to display it? I’m not sure how that would work.”

One day, on the top shelf of their closet, which is too high for Lisa to place things on, Lisa sees a large shirt slumping over the shelf, its sleeve hanging down just where she can reach it. She pulls on it and is almost hit on the head by a Cabbage Patch doll that bounces onto the carpeted floor and stares up at her with its lost, bewildered, who-do-I-belong-to? stare. Lisa gets a step-stool to place the doll back under the shirt. As she lifts the shirt, she sees a gray, furry rabbit’s foot keychain and a lightbulb sitting on an index card that says, in Jared’s scrawl, “EASY BAKE OVEN.” Jeez, he’s already started. As she lifts the shirt further, she is startled to see two eyes staring at her. She grabs the edge of the shelf to keep from falling and is relieved to find that there’s no animal looking back at her, just a Pet Rock. Jesus. Then, something else—a long box with a red and white design. She remembered how upset Jared was when he found out that his grandparents had discarded his Strat-O-Matic baseball game that he had left in their attic. Nonplussed, his grandmother had coolly said, “If it was so important to you, why didn’t you take it with you when you moved out?” Jared hadn’t counted on them moving, or needing space, or not worshipping his childhood fetishes. He must have counted on them never growing older and, maybe, himself never completely growing up. Lisa wondered where he found it. The box was like new. She didn’t dare lift the lid and look inside. But the game . . . where you assemble your own baseball team from the players of the era and, like in real baseball, trade what you have now for a better future. No wonder it had been America’s favorite pastime. Lisa wondered what Jared would be willing to give up for a chance at a better future.

Lisa stands in a hospital corridor of polished linoleum flooring and beige walls with endless closed doors receding to a vanishing point. She realizes that this is a poor substitute for the cushioned, earth-toned couches and soft lighting of the waiting room. At least there’d be other people in there. But she couldn’t stand the thought of sitting there for a second time so far from Jared as he lay on the movable bed of the CT scanner. So, after prevailing on the staff, they allowed her to get as close as she could, in the corridor outside the hallway, down the hall from the scanning suite. She had been planning to start the discussion about having a family and wonders what she would trade to guarantee Jared’s future. She shifts her weight from one foot to another and back again, like pacing in place, as she reads the notices and signs posted on the walls for the fifth time. She has a fingernail in her mouth and closes down with her teeth, controlling the tension so she feels something without biting down and ruining her manicure. She doesn’t nick the nail but inadvertently scratches the clear, glistening polish. She heard that, when you have kids, you relive parts of your own childhood. Maybe that’s what Jared’s trying to do with his collection. Maybe he’s given up on the future.

Lisa sits in the doctor’s office holding Jared’s hand. Dr. Cotter comes in with the radiology report. Two tumors this time, there and there, is all that she gets before her brain fogs. The doctor mentions surgery, radiation, chemotherapy, physical therapy, time off of work, support—a rhythm of words played in a minor key. Lisa asks how cleanly the tumors can be cut out.

“Like an egg slicer?” Asks Jared. The doctor looks confused and looks to Lisa for clarification.

At home, Jared announces that he has a surprise. He disappears into the bedroom and comes out with Strat-O-Matic baseball. He has a big smile on his face but, when he speaks, his tone is deadly serious. “One game? Please?” They sit down at the kitchen table and Jared disassembles the game with grim enthusiasm. “I couldn’t get the exact set from my childhood, but this will do.” Lisa has no idea what she is doing, but Jared helps her “to make the game fair.” But it’s like Jared’s playing against himself. Jared seems pleased with his team but has some concern about Pete Rose at third base. “One of the greatest players, but he really screwed up.” He offers Lisa a trade, assuring her that Rose would be a great asset but that he is bothered by Rose in a way that she couldn’t be, not having followed the game. She accepts the offer and gives Jared one of her third basemen, Pumpsie Green, having no idea the disadvantage under which she is placing Jared. “I’ll make the best of it,” says Jared.

Lisa holds the egg slicer in the palm of her hand. Mostly plastic, it is almost weightless. Rather than getting an all-steel one, she went on eBay and found one from Jared’s grandparents’ era, a base of yellow plastic, pale as a winter’s sun, and thin, metal blades that disappear into the base. She wants to surprise Jared, to show him that some things can slice precisely, not making mistakes and not creating waste. Jared is beyond happy. “Where’d you get that?!” They hard boil some eggs and put each into the slicer. Then they look around for other things to slice: an avocado, tofu, hot dogs, strawberries.

“Maybe we should tell Dr. Cotter about this,” says Jared. 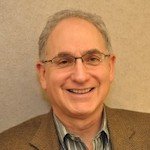 E.H. Jacobs is a psychologist and writer based in Massachusetts and New Hampshire. His work has appeared in Storgy Magazine, Streetlight Magazine, Aji Magazine, and Smoky Quartz. He has also participated in fiction workshops with the Kenyon Review and was a finalist in the New Hampshire Writers’ Project Three-Minute Fiction Slam. He has published two books on parenting, professional papers in psychology, and articles for the general public on psychological topics and has been a contributing book review editor for the American Journal of Psychotherapy. He has served on the clinical faculty of Harvard Medical School.