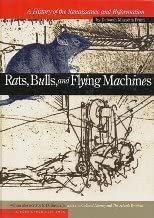 Twenty years ago, a reporter called me with bizarre news, so bizarre that I instantly wrote him off as a prank caller. He claimed he was from a town out West, maybe in Colorado? I am fuzzy on the details. I didn’t write down a word he said because I didn’t believe he could be serious.

He asked if I was the author of Rats, Bulls and Flying Machines: A History of the Renaissance and Reformation. I replied in the affirmative, wishing he’d get to the point. At the time, I worked from home, a home that was occupied by two wild boys and toddler. When the call came in, I picked up the wall phone in the kitchen, the one with a five-foot cord. After the phone rang, knowing I couldn’t reach them, my dear children proceeded to engage in robust shenanigans in the living room.

The reporter asked, “Did you know that our school board just banned your book?”

Banned? Why would anyone ban a young adult history book that contained beautiful artwork and G-rated anecdotes about painters and priests?

The reporter seemed thrown off. I’m sure he anticipated an outraged response. Instead, he heard my dry humorless laugh.

The reporter tried again. “Your book is banned. How do you feel about it?”

Maybe this wasn’t a prank? My prankster friends possessed short attention spans. None would have let the joke gone on so long. Maybe he mistook me for a different author?

“My book is for teens. You must be looking for someone else.”

The man said, “The pictures. Your book contains pictures of naked people.”

My book had a picture of a big, ugly rat on its cover. Not my choice. I would have preferred a cover resplendent with Renaissance art. The publisher insisted the rat would attract young male readers. It did. The book sold well. The rat won.

Shouting, the reporter said, “Yes. The board felt the pictures were indecent.”

I heard a crash from the living room. I strained against the phone cord but could see nothing.

The reporter persisted. “Can I get a quote from you?”

I repeated my question but with more emphasis, “Are you kidding!” then hung up. I rushed to the living room to survey the damage.

Later, I leafed through my book, checking for naughty bits. The pages contained photos of the Creation of Adam, the Last Judgment, Michelangelo’s Statue of David, that picture of Venus on the Clamshell and Mona Lisa with a wee bit of cleavage visible. So, yes, lots of exposed body parts. However, my mind had never once regarded them as “indecent.”

At the time, I wondered if anyone on the school board had read my book. If so, they’d have learned about of Savonarola, a Renaissance-era priest who organized an infamous event known as the bonfire of the vanities. Savonarola preached against excesses: eating and drinking too much, dressing immodestly, and caring too much about fancy belongings. He asked the people of Florence to toss their books, jewelry, and paintings into a giant fire, which they did. Savonarola angered Pope Alexander VI one too many times. Not long after the conflagration, the pope made sure that Savonarola’s own life went up in flames. If they had read the book, perhaps the board members would have taken this cautionary tale to heart.

In retrospect, I wish I had gotten the reporter’s contact information and the name of that school board. I wish I’d given him an interview and had given those folks a run for their money, maybe even calling a few reporters of my own.

But I didn’t. I was in the middle of kid chaos and was finishing up a book on Russian history, a book that contained no nudity, only pictures of people dressed in thick fur coats.

At the time, I didn’t have the bandwidth to deal with that school board full of philistines. However, I should have made the time because this nonsense has only gotten worse. Today, I read headlines about people banning and burning books in various towns across the US. I am not naïve enough to believe that fighting the philistines would have changed what is happening now, but it was the principle that counted back then, and the same principle counts today.

This quote from G. Willow Wilson’s book, Alif the Unseen,nails how I feel on the subject:

“People with an ounce of brain.” 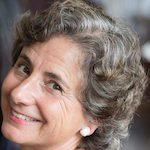 Deborah Prum’s essays have appeared in The Washington Post, Southern Living, and Ladies’ Home Journal, and have aired on NPR-member stations.

Her short stories have appeared in many publications, including The Virginia Quarterly Review, Across the Margin, The Virginia Writers Centennial Anthology, Sweetbay, and Streetlight Magazine.

More of her work can be found at deborahprum.com.