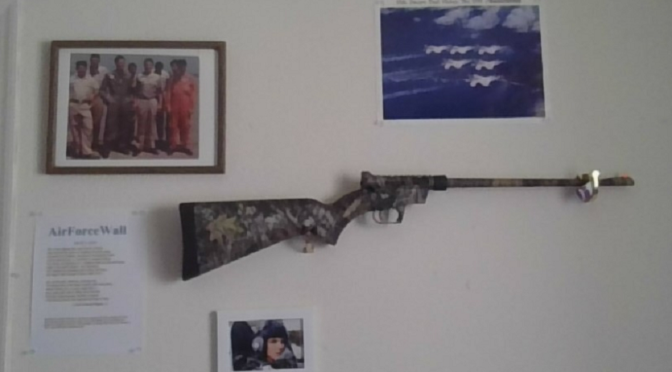 My study may be a mess, but, on one wall, I have meticulously created a shrine of sorts. My “Air Force Wall” is—like my connections to its theme—a mixture of the authentic and inauthentic. The shrine came together mostly by accident. As I chose things to put up on the wall, it was only when I saw the pattern that was emerging that I made the air force theme deliberate. Two of my half-siblings, sister Terri and late brother Michael, as well as my late brother-in-law Brian (Teri’s husband), were in the United States Air … END_OF_DOCUMENT_TOKEN_TO_BE_REPLACED