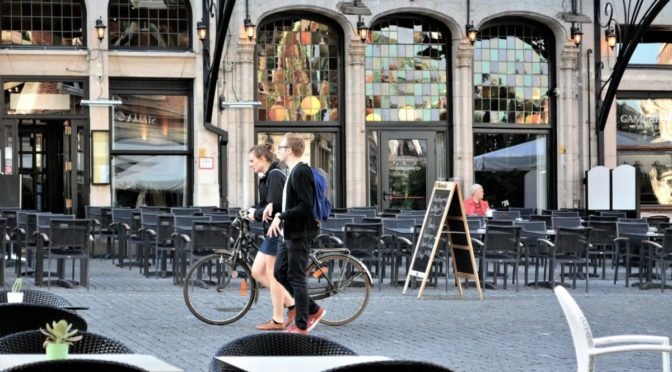 There was small marble sculpture of an aged figure on an unpretentious pedestal near the eastern end of St. Donatus Park, a leafy space in the old city of Louvain, Belgium. The figure was that of a seated elder with eyes wide open and a biblical beard; were there not an owl on his lap, were his hands not serenely folded, he might have been a prophet. The pedestal bore a placard, in Flemish, that read, “Wise is he who wants to know where Abraham gets the mustard.” The park had a wide dirt pathway, … END_OF_DOCUMENT_TOKEN_TO_BE_REPLACED