But do we? Do you still get letters?  Sometimes I find myself wishing I did.

Of course I get mail. Everybody gets mail. But is the monthly statement from Belk’s to be considered a letter? I don’t think so. I know they love me. They’ve told me so many times with their catalogs and wonderful offers, but somehow, I don’t think it’s personal. Same goes for Dominion Power (without the special offers) and the doctor’s office. 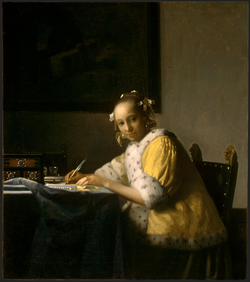 They use my name to keep from confusing me with somebody else, but it’s just not personal.

Oh, e-mail. You think? You think those little three-line essays to set up meetings count as mail? Only in the most technical sense. The meetings may be personal – every once in a while, anyway – but the medium is so detached, it might as well be automated. It might as well be so simple you could type it with your thumbs.

Yeah. Well, that’s all right. It keeps things moving along. But I remember letters. 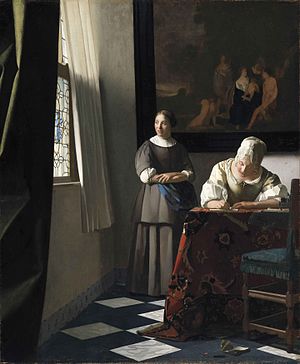 I’m remembering letters with a particular poignancy this month, because I’ve been reading Wallace Steven’s Collected Letters. This would be a perfect experience if the collection also included the letters that sparked Stevens’ responses – but even so, it’s pretty special. Are the poets and writers of today sending each other letters? That’s one of the things that occurred to me while reading. Are there going to be any letters to collect  for the edification of tomorrow’s readers?

Which is something to think about, but maybe not for long, since I have no control over it – but here’s the thing: I wish I had some letters to read. I mean, right now.

A letter is first and foremost personal. It’s written by one person and it’s sent to another. Of course it might get circulated eventually – if both parties to it think it has some interest for other readers – but those other readers are not the persons originally being addressed. A letter, in that sense, is private. Always. Privacy, what a concept.

A blog is not a letter. A blog can be very interesting, said the woman writing the blog. A blog can be amusing, informative and even extremely personal (sometimes way too personal), but a blog, unlike a letter, is always and everywhere intended for the whole worldwide internet. It has abandoned privacy for political efficacy.

Also, a letter is longer than 144 characters. A letter is, usually, longer than ten lines. A letter spreads itself. It’s as is somebody said, “Go on, say what you think. Don’t be shy.” Letters let you know lots of stuff. And most of it (see above) is both personal and (optionally) private.

Letter writing was already going out of style in the dear dead days of my own particular youth (the telephone had dealt it a hard blow) but people still did them. It was fun to write them and it was fun to get them. It was no longer, as it had once been, a necessity for keeping in touch with someone. It was cheaper than telephoning though, so there still was some advantage.

Here’s what happens when you write a letter: you create a persona. Can’t help it. It’s the nature of writing. Be it ever so simple, the persona in your letter is just a little different from the “real you.” But is that really a detraction? So back when it was more economical, or way back, when it was the only way really, people who had to write letters, who all unbeknownst to themselves, practicing an art form. There must be people out there still doing it. I sure would love to hear from them.