Okay, there is no such list.  In fact, you can go ahead and file that under Lists You’re Unlikely Ever to See in Our Current Culture.  Because, these days, it seems we’re all supposed to pretend that there are no bad books.  Critics may still pan movies, artwork, dance and theater, but fewer and fewer reviewers are willing to talk tough about a book.  Not long ago, the New Yorker’s web site published a rambling mea culpa from critic Lee Siegel who 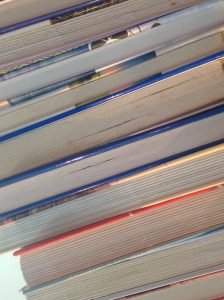 confessed that he’d written negative book reviews in his career, but has now seen the error of his ways and promises never, ever to do it again.  On the heels of that  comes an interview with the new book editor at BuzzFeed, Isaac Fitzgerald who says he will not be running any negative reviews because, where books are concerned, he operates on the adage from the Bambi movie, “if you can’t say something nice, don’t say nothing at all.”

These public avowals of sweetness and light really just seem to codify what’s been happening in book reviewing for the past few years  — lots of plot synopsis, a dose of cultural context, a few clever analogies and you’re done.  But is the book any good?  Who can tell?  BuzzFeed’s Fitzgerald argues for staying away from the mention of anything negative because a book is something an author has worked “incredibly hard” on.  Well, sure.  Any committed artist, choreographer, filmmaker works incredibly hard, but sometimes the result is “Ishtar” or “Heaven’s Gate.”  And carry that argument beyond the arts.  No doubt Ford Motors put in a fair amount of effort to develop the Pinto too but, luckily, we were allowed to learn that the fuel tanks tended to explode.

Part of the problem, of course, is that criticism of books, unlike other areas of the arts, is so much a process of peer review.  It is writers writing about writers and it’s all gotten increasingly chummy (except when it’s competitive and vitriolic, but that is a whole different story).  Add to this the sycophantic schooling from our social media.  We “like.”  We “favorite.”   We gush.  And if we don’t, well, nobody will “like” us either.  A final issue is that as technology changes everything, we’ve gone into a kind of premature nostalgic swoon about books that makes them almost off-limits to criticism.  They are BOOKS ergo they are good, good, good.   This last is what worries me most: that we won’t tell the truth and let them be what they are: great, bad, messy, half-baked, flawed, real.  We may think we’re “rescuing” books by canonizing them, but, the risk is that, instead, they’ll be buried by the weight of all that imposed virtue.   Only the dead can be saints, after all.