The recent New York Times news article asking the question: “Where Are the People of Color in Children’s Books?” was painful for me. Because I know where one of them is – on my desktop, unpublished.  It wasn’t supposed to happen that way.  Soon after I finished writing The Boy Who Moved a Mountain, it was accepted by a literary agent and then sold rather quickly to a major publishing house.  It advanced through various stages of the editing process.  Julian Bond wrote a blurb for it.  It was assigned ISBN and Library of Congress numbers and an official summary: “In Charlottesville, Virginia, a bright, creative African-American boy enrolls in the gifted child program, learns about black history from his blue-eyed grandfather, and embarks on a secret campaign to honor York, the slave who accompanied Lewis and Clark on their famous expedition.”  Today, four years after it was supposed to have been published, you can still find it listed on various book websites.  “There are no reviews yet,” one site says.  Another site says “For the most current lowest price, CLICK HERE.”  CLICK HERE? The damn thing is STILL ON MY DESKTOP. 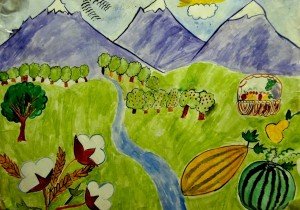 What went wrong?  Just about anything that could go wrong.

In the middle of the copyediting process, my very detail-oriented young editor, who’d sent me countless questions, edits and re-edits was abruptly fired.  The editorial director’s assistant was promoted and took over the handling of my novel.  Not long after sending me a hand-written note saying she was “over the moon” about my manuscript, she announced she was leaving publishing to “follow a spiritual path.”

Essentially my book was twice orphaned and, ultimately, abandoned by the publisher.  I did get to keep the advance, but the book went back into the hands of my agent to find a new publisher.  Now, however, the agent had issues of her own.  Her husband had recently died and she learned that he’d kept some big secrets from her.  She decided to focus her energy on writing her own book about what she’d discovered.

So, the hunt for a new agent began.  I worked this project for two years and contacted more than 20 agents, many of whom, even when referred by another agent or another writer, never responded.  Along the way, some of the most positive comments I received from some top agents were also the most baffling.  One said she liked my character and the concept of the novel but didn’t “get fully pulled into his historic obsession.” She added “I think this kind of novel is exactly what the publishers are looking for” and ended her e-mail by saying, “I know I will be kicking myself one day over this ms (manuscript).”  Another kept the manuscript tied up for months, then passed on it, saying, “I DO think it has considerable commercial potential.”   So, what is it about making money that these people don’t like?  I have continued to follow up on every lead I’ve been given.  The most recent tip came from a colleague at Hollins University who advised me that an executive editor from a well-regarded publishing house in New York was looking for work with “a strong Southern voice.” I researched and learned that one of the books she’d edited had won the Coretta Scott King prize.  Last November I wrote this editor a query, sent her sample chapters and mentioned that I’d been referred to her by my colleague. I never heard from her. 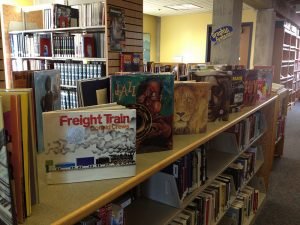 I wasn’t really surprised to learn in the Times that “Of 3,200 children’s books published in 2013, just 95 were about black people.  But the caption for the artwork also made me want to chew nails. Because in The Boy Who Moved a Mountain, my 10-year-old black narrator, Lewis, has a best friend who hails from Mexico. That caption says “Out of 3,200 books for kids, only 57 were about Latinos.”  In that Times piece, children’s author Walter Dean Myers writes: “Today, when about 40 percent of public school students nationwide are black and Latino, the disparity of representation is even more egregious. In the middle of the night I ask myself if anyone really cares.”

Walter! Go back to sleep. I care. I REALLY CARE.