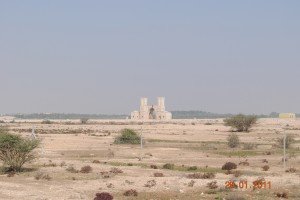 When I first moved to Qatar ten years ago, I was disappointed to find that the desert of the Qatar peninsula (on the northeastern coast of the Arabian peninsula) was not as lush as that of Arizona, where I previously had lived and fallen in love with Sonoran plants and animals. At first, Qatar’s desert appeared to be nothing but a barren wasteland. 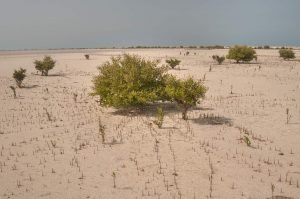 Then I was introduced to a local artist and wildflower expert who, every spring after the rains, took us out into the desert to search for flowers and other treasures, animals like the Blue-headed agama, the Horned viper and the Sand cat. 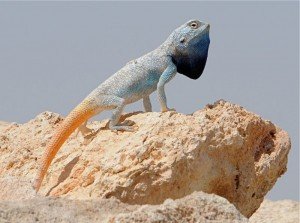 Prior to moving to Qatar, where I teach at Virginia Commonwealth University in Qatar, my poetry had been mainly focused on human rights and people’s experiences. But in this new harsh environment, I found myself writing about the natural world. Since Qatar soon will have its own botanical garden, I began drafting poems that describe the benefits and uniqueness of particular plant species endemic to the Arabian Peninsula. 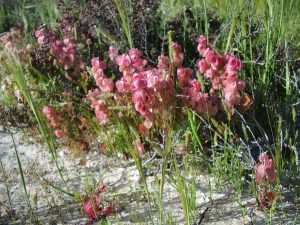 I now want to promote the beauty and fragility of Qatar’s ecology and flora and encourage readers to become more involved and connected to this desert environment. 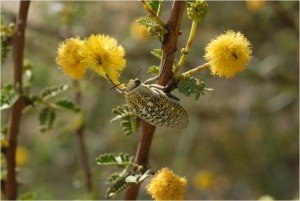 Desert Ecology: Lessons and Visions is a glimpse of my research.

As for those flowers cropping up where

among rocks and granite outcrops –

I would be so fool-hardy and daring,

delighting and surprising, a feast

for famished eyes under scorching sun.

undeterred by endless sunny days and

Across the landscape – from flat terrain

to wavy hills to sand dunes – they bloom,

undaunted by wind-blown dust and sandstorms,

Out of rodat, sabkha,

to see to believe: Cistanche tubulosa rising up

out of the sand; Calendula arvensis sprouting

from a rocky outcrop; Launaea capitata

From a distance you’ll see nothing, but go

with my wildflower expert friend, and you’ll swear

he’s pulling them out of a hat – nothing there,

then just like that he leans down and whispers,

Here. Cradled in a shell midden,

all but hidden away, a rock rose,

desert truffle, fuga. Then he leads you

further along – there, out of a hat,

the desert campion; and there,

Finally, you don’t need him; you’re getting

the knack of it: you see the flora famous

Returning home to your pampered

you dream all night of the hardy ones –

steadfastly noble in their earnest labors,

convincing anyone who’ll kneel at their roots

a lifetime’s not long enough to seek out

blooming sages of the most desolate places.

You’ll feel the only confessing you need

to do is to the desert wildflowers – they

with their infinite faith and powers the ones

who can call you back to your rightful place

in the eternal scheme of things. 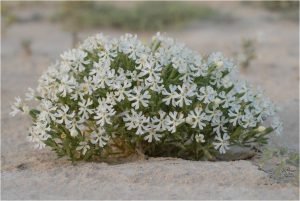 That night, after a day spent

on the coastal margins, I dreamt

I was a sabkha gently emerging

from the sea, displaying my fine silt

of silk carpets and kalims.

I showcased my mangroves –

Avicennia marina – and my halo-

Mobile dunes encroached on me, confining

my vegetation to the lower level

between the cusps of coalesced dunes.

I glistened in the harsh sun,

My silt and sands spread out between

sea and the cracked earth

I proved a moist treasure trove

But whose waste was seeping

into my heart? Oblivious,

a Little Stint before day was spent

came to peck about my mudflats,

and other trash, taking just enough

In 2013, Diana Woodcock received a Presidential Research Quest Fund Award from Virginia Commonwealth University. The research project purpose is to promote the beauty and fragility    of Qatar’s ecology and flora and encourage readers to become more connected to this desert environment so they will get involved with projects to protect it.

Diana conducted research aimed at connecting environmental issues to physical and psychological needs of human beings.  Her goal was two-fold: (1) to highlight with poetry the benefits of sustainable development and how Qatar could be a pioneer of environmental conservation while satisfying industry demands; and (2) to stimulate, with research-driven poetry, the reader’s environmental sensitivity to both personal and planetary health.

Her chapbook, Desert Ecology: Lessons and Visions,  the final outcome of which will be a full-length collection of poems featuring Qatar’s ecology and flora, as well as the twenty-two plants most often mentioned in the Quran. 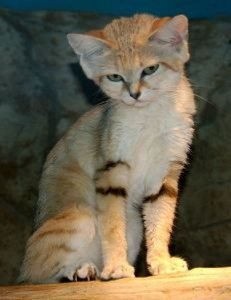