All right then. I get it.

The San Souci Motel is called the San Soo-chee, not the Sahn Soo-cee. People in Buckroe Beach, Virginia, do not go in for Frenchification. At least according to my husband’s family, who’ve been going there since the fifties.

The San Souci is the last remaining water-front motel at Buckroe Beach. It was built in 1958 and has stayed true to its raising décor-wise. It is what it is. 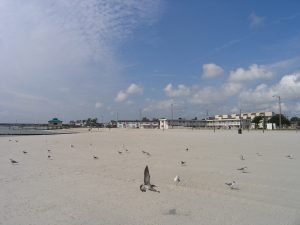 Buckroe is not really the beach beach; it fronts the Chesapeake Bay rather than the ocean. It offers only the politest of waves, surf without smackdown. No matter. What I like about the whole San Souci experience is its unpretentiousness. This might be because I am (I hope) a San Souci kind of novelist, one who writes what she’s lived. 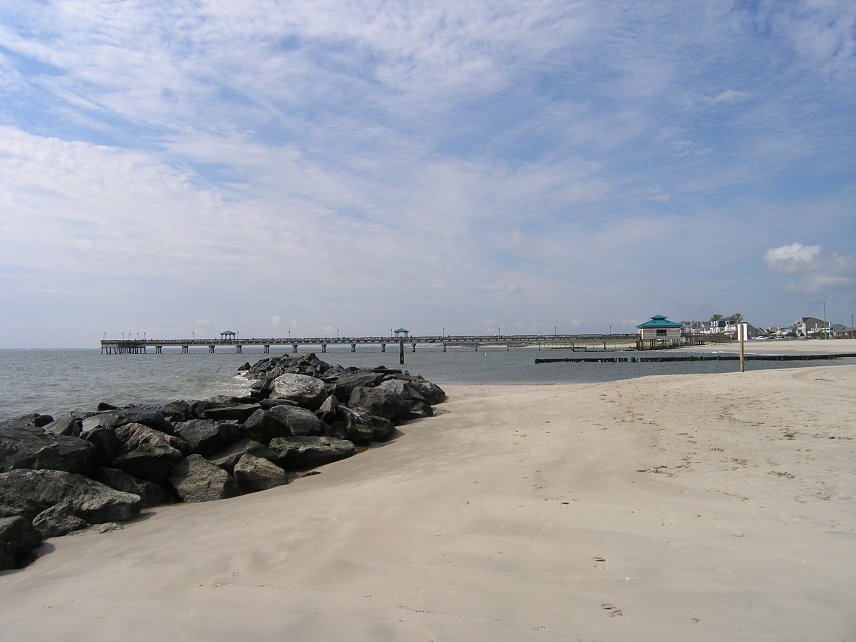 I’ve always been a restless professional soul; a restaurant owner first, then a TV talk show host, reporter, news anchor, editor, an intermittent essayist, NPR freelancer, public radio producer. But through it all, I wrote novels on the sly. I started my first while working as a freelance broadcast journalist. One afternoon, trolling blue highways for stories in my pickup, a sentence popped into my head. I pulled over and wrote it down, considered it.

It was, I realized, the first sentence of a novel.

Over the next month, I wrote thirty pages. At which point – not having time for more conventional approaches – I phoned up the respected New York agent of a good acquaintance of mine who’d just won the National Book Award, and asked the agent if he would take a look. He said he would, he did, and he told me to finish the thing.

I phoned him up again. “How do you finish a novel?” I asked. Yes, I was that clueless.

“You keep writing,” the respected agent said. I did. He liked what I wrote, sent it around. It didn’t sell.

No matter. Eventually, I moved on to another agent and began writing non-fiction. But I also kept writing novels, getting up early to have a couple of hours amidst what Ben Fountain calls the “emotional logic” of my fictional worlds, before the day’s real work began, before multi-tasking and money worries eroded my focus, before other people’s needs began pecking at me like so many hungry ducks. I love the unconditional specificity of language and discovery demanded by writing fiction: Who are these people, and what, exactly, are they up to?

A couple of years ago, just for the hell of it, I reread my last finished novel, and felt this weird, fierce loyalty to its characters. Durn! I thought. These people deserve better than life in a cardboard box in my home office closet. I was in my early sixties then, an appropriate time to make a bucket list. As I’d already done a lot of different things, my bucket list was one item long: Publish Small Blessings!

As a one-time semi-regular NPR freelancer on books and publishing, I had good contacts. Not being shy, I fired off an e-mail directly to an editor that included ten pages of Small Blessings. Amazingly, this editor sent my e-mail on to another editor, who read those ten pages, asked for the rest (Yes, Virginia, there is a Santa Claus), then e-mailed me that it wasn’t for her but it was great and ready to go out.

“My agent hates my fiction,” I e-mailed back.

“Get a new agent,” was her response. She sent me a list of possibilities.

My new agent held an auction, and St. Martin’s snapped up Small Blessings.

This all happened a three years ago, just before a stay at the San Souci. Our last day there, I remember waking up to a blow. Fierce dark clouds were everywhere. There was a tornado warning. The no-swimming flag went up. The rain slammed down.

The storm passed by midday. My husband, Charlie, and I walked the beach. The no-swimming flag was still up, but a lone parasailor was out on the water. I watched him and felt what he felt, the wind pulling him forward, the abandoned woops of wave jumps. I was old enough to know he’d had that woops in him long before he’d even heard of parasailing. We can only do that which we already are, right?

I understood then and there that, while publishing Small Blessings was lovely and it might change how the world saw me, it would not change who I am. I’d been a novelist since I wrote that first sentence on the side of the road all those years ago. 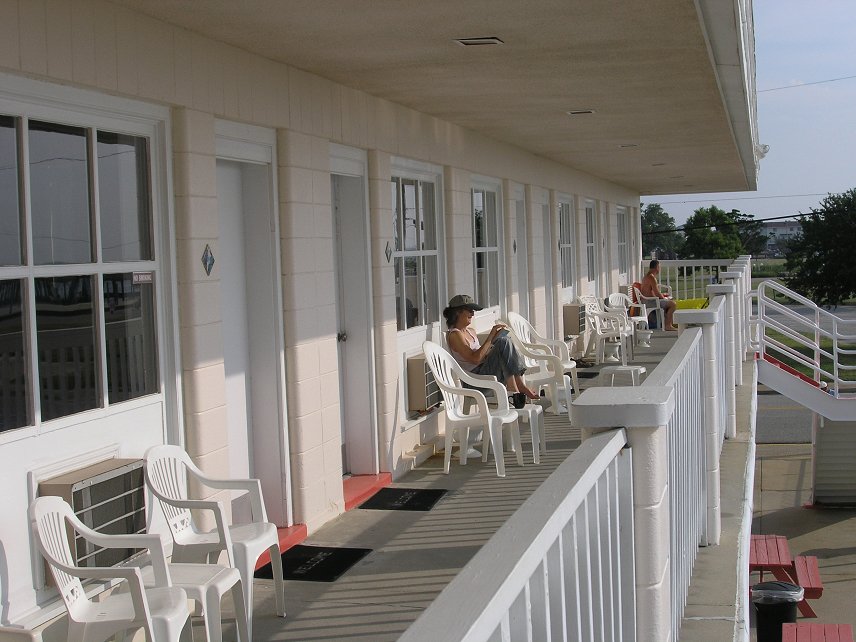 Small Blessings came out last August – publishing a novel, it seems, takes as long as gestating an elephant. I plan to celebrate its first birthday by spending a few quiet days at the San Souci with Charlie. And possibly, by trying parasailing. If that is, if I have it in me. Which I really, truly believe I do. 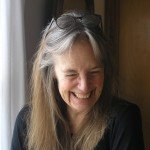 Martha Woodroof was a long-time NPR freelancer on books and publishing. She is currently the resident gadfly of Shenandoah Valley’s Public Radio station, WMRA, and producer of The Spark. Small Blessings was described by People Magazine as a “warm, wise tale [that] leaves a smile long after the final page is turned.”