“Just meet me at my internist’s office,” my mother texted.

“Oh, ok. You have an appointment?”

“Yes, I’ve had some internal bleeding.”

I was going to visit my mom for a night on my way back to Virginia from Maine. Change of plans I guess. It was a couple of days before my birthday and I hadn’t spent a chunk of time alone with her in a while. But instead of driving to her apartment, I headed for the hospital. 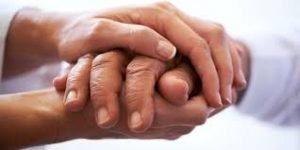 Typical of my mom to announce off the cuff that she’d had internal bleeding. “You know the U.S. Open was on this weekend so I waited because I was afraid the doctor would want to put me in the hospital.”

Which is what they decided to do half an hour after I arrived at the office. We spent hours together in the emergency room, waiting for a private room to open up, and being entertained by a male nurse who moonlighted as a Shakespeare character actor.

She was released the following day and I decided to stay a while longer.

And then on Thursday it was my birthday. My 49th birthday. My mother confessed that she hadn’t gotten anything for me, she’d been so preoccupied with her black stools. And so that afternoon we walked two short blocks to the Rite Aid to pick up the things she needed to take before her colonoscopy on Friday. In the store, though, she quickly presented her birthday gift ideas. 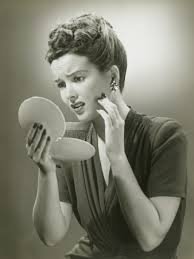 “I was thinking that you might like one of the Oil of Olay wrinkle creams. There are some with only seven ingredients.”

“Hmmm, that’s an idea. I do already have some moisturizers though. Do you think I have a lot of wrinkles?”

“Well, you do have that fair skin and I wasn’t always good about putting sunblock on you kids.”

“I think I’m good with the moisturizer I have. I have been using it. Thanks though.”

“Well, another thing I was thinking about was your grey hair. Have you thought about starting to color it?”

“Do you think my grey hair looks bad?”

“Well I wouldn’t say bad, but you know you have some. I started dying my hair in my late 30s and you’re almost 50. Clairol has some good products in the next aisle.”

I looked at her once dark brown hair that was now sort of orange. “I think I’m going to hold off for now, Mom. I feel like it’s a slippery slope. Maybe when the ratio of grey starts to increase I’ll think about it. But I’m good for now. Thanks though.” 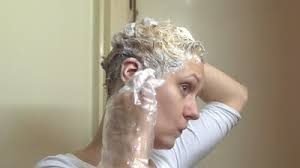 “Ok, it’s up to you. Let me get some Gatorade and see if they have any chicken broth. They have almost everything I need here.”

We made our way slowly through the remaining aisles. I could feel my mother next to me watching to see if my eye stopped on anything, anything that might make a birthday present. I felt so weird. Aware that my mother and I were about to trade places. That I might be called on to be in more of a caretaking role shortly. But there in the Rite Aid, I was still a child on my birthday, except that I was a very, very old child. And having declined her suggestions of wrinkle cream or hair color, I probably wouldn’t be getting a birthday present this year.

As we approached the checkout though there was a display of coloring books, more complicated than the usual children’s variety. These had very intricate kaleidoscope designs and came with eight sharpened colored pencils. My mother grabbed one. “How about this? I think these are for adults. You used to love to color. You could bring it to the hospital tomorrow and do it while you’re waiting for me.”

And the next day in the waiting room I began to fill in the impossibly small areas of a fragmented rose pattern.

Robin lives in Charlottesville, Virginia and still pines for her days spent working in an auction house.