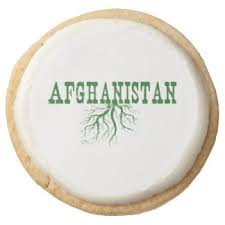 I had a fantasy when I began volunteering for the International Rescue Committee (IRC) in Charlottesville. I would help newly arrived refugees document their identities, tell their stories and illustrate them with family photographs brought from their homelands. We would talk, become friends and I would save their stories.

Naively, I didn’t understand that many arriving refugees spoke little or no English. Those who did land with language skills were eager to go to work as soon as possible. Getting acquainted and discussing their pasts was not their top priority.

I signed up to assist the teacher in an English-as-a-second-language class. The teacher was a   pro at adjusting quickly to small, fluid, and unpredictable sessions. Sometimes two or three new refugees arrived, sometimes a dozen. I was drawn to their story fragments, their vulnerability and their courage in trying to say whatever they could. First came a pair of farmers and their son from Nepal who were deported in the early 90s to UNHCR (United Nations High Commissioner for Refugees) holding camps in Bhutan. She wore fuchsia scarves trimmed with tiny bangles. Two sisters from Afghanistan had been fine tailors. One wore a stylish wool coat of her own making. Several burly Iraqis spoke English learned as interpreters with the American military. Anna from the Congo spoke English with a British accent and leapt to answer all questions first. Elder Afghanis who’d lived in Russia rarely spoke a word.

Amira, an Iraqi grandmother almost hidden beneath a chin-to-foot, grey, buttoned coat, and a pale, flowered head scarf, had been in America for over a year. She came to every class, but still spoke and understood almost no English. She didn’t know her birth date or how to spell her name. Weary and heavy on her feet, I thought her my elder. I learned that she was, in fact, the same age as my grown daughter.

I marveled at the teacher’s ability to immediately catch each student’s name, however foreign and difficult to pronounce. She began every class with introductions, the time, the day and the weather. She taught cooking verbs having students cut, dice, slice, mix and share a fruit salad. She taught American currency having the men and women make change and “buy and sell” potatoes, carrots, cups, pens, pencils and paper towels.

She recently led a field trip to the Learning Center where new students would progress from entry level English to more advanced classes. We must have appeared a curious crew. Alisha     and Bishal, the young couple from Nepal by way of Bhutan, she sported jeans and day-glo orange laced Nikes, he was zipped into a black North Face jacket. Shy Rosita and Juan from Colombia followed, he only one English syllable ahead of her. Wispy young Lin from Burma, her hair dyed red, wore a lacy skirt and strapless dancing shoes. Mohammed in his 20s, sprinted ahead saying he’d come to America alone and didn’t know when he’d see his parents in Afghanistan again. Raju, also an Afghan, flexed his arms tattooed with roses, his chest marked with the happy face of his three year old son.

Amira, stooped, trying to keep pace. Was she all right? She cocked her head. “Ok?” I asked. “Ok.” She nodded.

Today’s morning began heating up. “A long walk,” I said. Amira looked down at her open sandals.  Out of breath, she touched her heart, her fingers fluttering. We walked more slowly, in step.

After the Center’s tour, we returned uphill, stopped suddenly by a passing freight train. It clicked and clacked, clicked and clacked, rattling the tracks. We obeyed the red crossing light lined up facing the endless cargo cars. Raju bounced on his haunches. Mohammed checked his watch. Rosita and Juan held hands. The train, loud, black and reminiscent of an earlier era, rumbled on.

Then Amira opened her large, leather purse. She reached deep inside and took out baggie after baggie filled with cookies, bread and sesame biscuits. One by one, she handed each of us her fresh-from-the oven treats. The baked bits were still warm, sweet and smelled of nuts and a treasured family recipe. “Thank you Amira,” we said. “Thank you.” She smiled.

Watching and waiting in the noon sun, we broke bread, sharing a common language of sorts as the train finally rounded the corner and disappeared. Together, we slowly crossed the tracks heading to our homes, old and new. 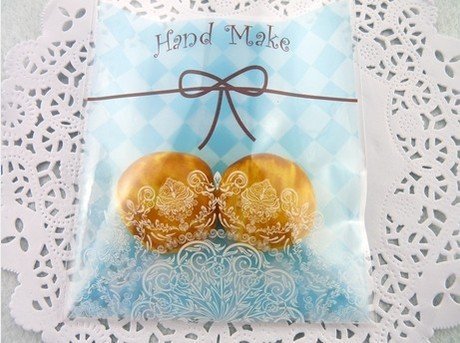 This essay is reprinted with permission from The Richmond Times Dispatch.

The Virginia Film Festival will screen over 120 films this Thursday through Sunday in Charlottesville. Art lovers may find Sol Lewitt: Wall Drawings and Return to Cuba: In the     Footsteps of Walker Evans of particular interest. Sol Lewitt…focuses on the oversized              works of this pioneer conceptual painter, and Returning to Cuba... documents a group                 of renown photographers following Evans’ 1930s’ path while discovering new, colorful               subjects at a pivotal point in Cuba’s history. Among the photographers is Sam Abell                 whose captivating photos of Cuba first appeared in Streetlight’s 2015 winter issue.

Photographer John Grant will show Galactica, a new body of work at Chroma/SCS Gallery,         214 W. Water Street, opening Friday, November 6 from 5-7 p.m. The exhibition will run through November 28. Grant’s new work uses photography and photographic techniques as a means of self-expression and reflection rather than pure documentation.

One thought on “A Common Language”