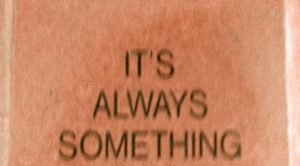 I’m a writer which means I am constantly taking in interesting things. Even when I shouldn’t be. I can be having a very serious conversation with a doctor, for instance, while simultaneously pondering competing information. It’s where my stories come from.

Recently, I was mid-discussion with a specialist about medication doses when I found myself wondering about the wedding ring he was sporting on the wrong hand. I was barely able to restrain myself from interrupting and asking what that was about. Instead, while he patiently explained the prescription, I crafted a whole tragic narrative about his slow transition from Widower to Eligible, the gold band slowly moving from his left ring finger to his right, on its way to the underwear drawer.

Imagining story details and through-lines is a skill that can be modeled, cultivated and encouraged.

During our walks when I was little my father used to elicit biographies for unwitting passersby. I’d happily comply, orchestrating whole family histories based on one man’s military haircut or the annoying whistling habit of another. I learned story-telling, too, from my mother. She was a novelist who could turn a daily cigarette run to the corner 7-Eleven into an epic account complete with a narrative arc, recurring characters, and lush detail.

It’s a multi-generational trait. When my youngest was in middle school she had to study for a test about Shakespeare. She committed things like the names of his twins (Hamnet and Judith) affording this, and other trivia, as much mental space as the plot points of his plays. I don’t recall how she did on the exam but I was very proud of her writer-brain.

It’s the good verbs and adjectives (and interesting monikers) that make a narrative compelling. I am always baffled by people who even in conversation don’t include the follow-ups. It’s the ‘how did things get that far?’ and the ‘what did you say next?’ that create a complete picture.

Speaking of which, below are a few photos from the aforementioned medical field trip. (The one with the brave doctor struggling to go on with his life.) I assume (the prerogative of a fiction writer) that the bricks are of the commemorative fundraising variety and not structural support for the hospital. In any case, they are amazing. And beg for backstories.

Anybody out there looking for a little nudge? 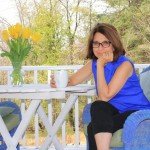 Erika Raskin is the fiction editor of Streetlight. Her first novel, Close, follows a family in crisis–with TV therapy added to the mix. St. Martin’s Press is bringing out her second in 2017. An earlier version of this post appeared on erikaraskin.net