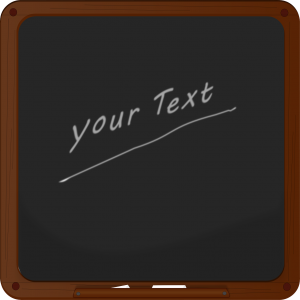 First off, crafting stories is a skill that can be learned. (Unlike, say, the ability to keep house.) So here are a few pointers from someone who writes and reads. A lot.

1. Plotting: There are many different ways to do this. I know writers who cover their walls with blueprints, mapping each chapter like cartographers before embarking upon the very first sentence of any project. On the other extreme are those of us who take a more minimalist approach. We are content with an outline that could be slipped into a fortune cookie. There’s no right or wrong. Just. Get. Started.

2. Dialogue: Conversation is a vehicle. It should be used to reveal information about the participants as well as to advance the story. If you’re dropping in on a conversation between characters who already know each other, craft the sentences the way real people speak—in shorthand. The golden nugget to ‘show, don’t tell’ is particularly applicable in dialogue. The difference between clunky expository language and hopping dialogue is often dramatic. To wit:

Starley and Fiona were on the phone discussing their school reunion. Fiona was feeling very anxious as she’d just learned that her dead-beat ex, Carl, was also attending. Starley, tired from a full day as an elementary school teacher, was not in the mood to shore up her friend.

Starley: If all you’re going to do is obsess about Carl being there, I will hang up, screen your calls, drive to the restaurant by myself and pretend like I don’t recognize you.

Fiona: It’s just that I thought he wasn’t coming!

Starley: Oh my God, Fee. I listen to whiny first-graders all day. Pull yourself together!

Fiona: I’m trying—but what will I say to him?

Starley: That he’s a lying, cheating bastard; you’re going to take him back to court for child support, and I’ve hated him since ninth grade.  I’ll see you in an hour.

3. Style: Not all language is created equal. Unless you’re being paid by the word, less is more. Personally, I’m partial to verbs. A blue-chip action-word punches up a sentence sans simile, adjective, or coattail-riding adverb. For example:

He ran as fast as a gold-medal-winning Olympic athlete across the lobby. 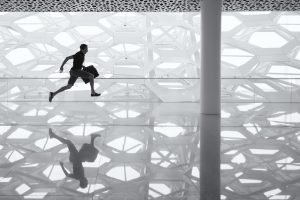 He hauled-ass across the lobby.

(Of course, if you are one of those brilliant Southern writers whose sentences wend and dip and ooze wisteria, disregard preceding advice.)

All five senses should be employed (judiciously) to set scenes and describe characters. While you don’t have to say what every single character smells like, the fact that Starley wears a lemony perfume that sometimes gives Fiona a headache is an interesting tidbit.

5. Character counts. So does her back story. As the creator of the universe on the page, familiarize yourself with the details that make each of your peeps who they are. In Fiona’s case, why is she so anxious? Was she a bed-wetter as a kid? Does she pick at her cuticles? What does Starley love about her? By lightly pulling traits through the narrative, characters become three-dimensional and distinct. Their actions and reactions (to one another and events) make sense.

6. Edit: The long-standing literary advice to ‘kill your darlings’ is important. You have to be able to be a little ruthless when going through your work. (I would argue though that murder isn’t actually necessary, just a little time apart might be enough. What’s not working in your current story could be just right for the next.)

7. Feedback from readers you trust is critical. Just don’t ask everybody you know for an opinion as this will probably cause a full body implosion.

8. Audience: Know yours. Traditional romance readers might be seriously bummed when a SciFi plot is sprung on them. (This also applies to the publications you send to. Do the research upfront. This will save in the rejection/heartache department.)

—Erika Raskin is a writer from Charlottesville, Virginia. Her novel about medical malpractice is being published by St. Martin’s Press next year. Her first book, Close, introduced the Marchesons who (regrettably) agree to a televised intervention in the comfort of living rooms across the country. To learn more about her go to erikaraskin.net