“The journey of a thousand miles begins with a single step.” ~ Lao Tzu 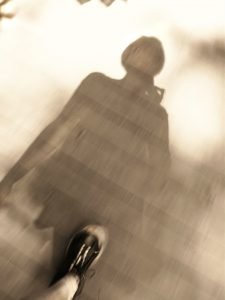 My father gave me a brand new digital camera for Christmas in 2005 and it sat on a shelf for a year and a half. “How are you liking that little camera I gave you?” he asked me one day. “Well, I haven’t really opened it up yet,” I had to confess.

I wanted to take pictures, but part of me didn’t want to have to open it. That would require me to read the dreaded i-n-s-t-r-u-c-t-i-o-n-m-a-n-u-a-l. Just the thought of it brought back memories of being lost in an experiment during chemistry class and catching the sink on fire. Anything could happen. My reasoning seemed valid and at the same time a bit ridiculous. After all, we were only talking about a seven oz. point-and-shoot that fits in your palm – the size of a deck of cards cut in half.

Something so small had been able to turn me into a couch potato for nights on end and send me burying my head in episodes of “American Idol.” “An object at rest tends to stay at rest,” said Mr. Newton. This law was surely at play here and clearly it was going to take something monumental to overcome my boulder-sized inertia. 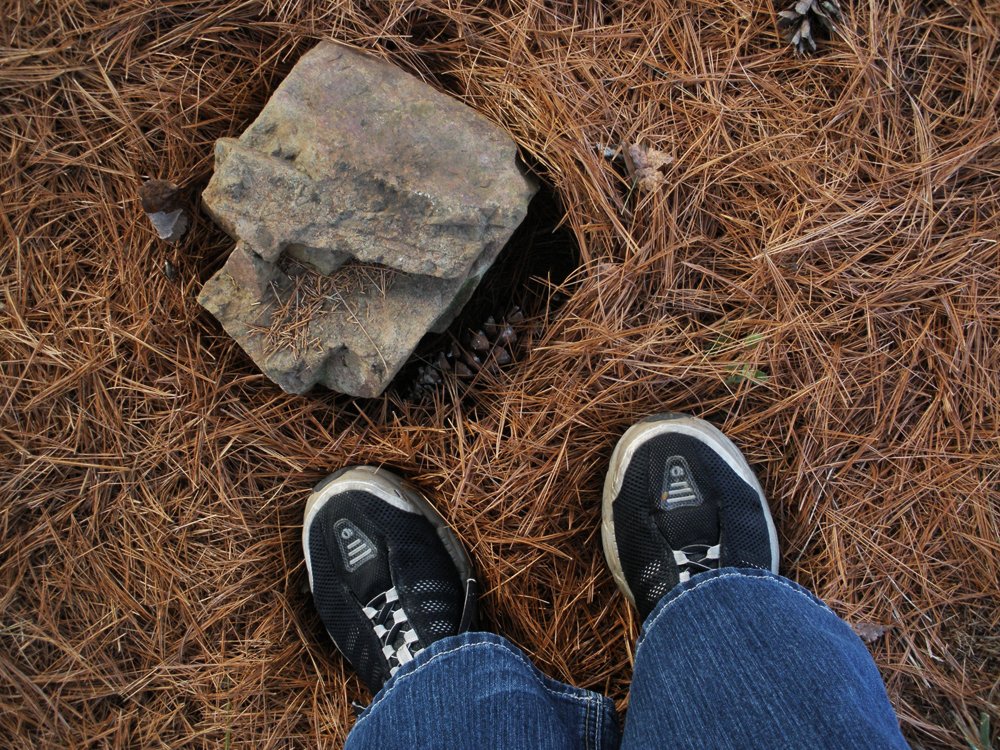 The next day after vowing to open my present, I placed the camera in front of me and stared at it like it was radioactive. I declared out loud and for the record I would locate the “on” button. That was it. If I would just do that, I promised myself, I could take a load off and set it down again.

Each night I gave myself an assignment: to read one more page of the manual and learn one more button. Clearly, I was not a Gen-X-er as my friend with a teenage son underscored. “They just fiddle with a piece of technology until they have it figured out.” No need for manuals, no fear of fire or sudden implosion. 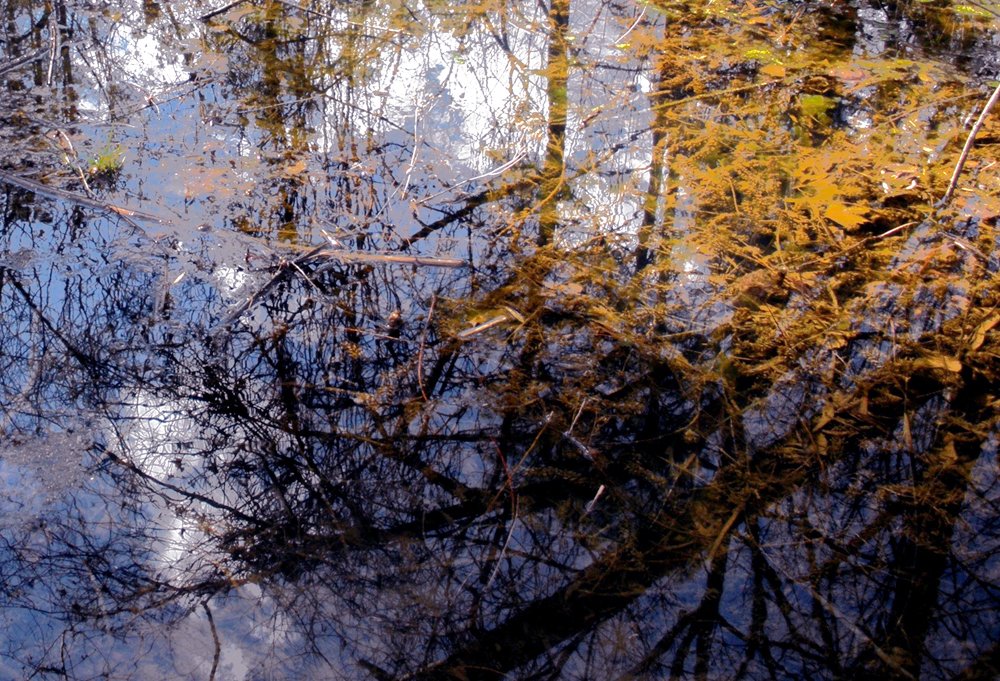 But I didn’t just need to mobilize my inertia in terms of manuals, I had other reasons to maintain a safe distance from cameras in general. I had “issues.” This always sounds bad. But I had some good reasons for high level resistance. Many of the pictures taken with my first camera (the one I got for college in 1981) had been evaluated by well meaning “critics.” It’s not that my photos were so bad. It was just that my competition was stiff and, shall we say, discerning? There were real live pros and connoisseurs in my midst!

One encounter with them sent me to my room, quarantining myself at a family reunion. I don’t remember much about the vacation except there was a slide show one night. It included some of my photos from overseas and jokes were cracked. The year was 1984 and I had just returned from a workshop for my final college credit.

During the workshop, all my fears intersected each other. I was not a professional yet and I was surrounded by professionals, and students who seemed to be at that level already. I had never been to a foreign country and, for some reason, I had learned very little of the language.          Low self-esteem and self-doubt were at fever pitch.

The slide show on the heels of my European excursion created a potent combination. It was big enough for me to put down my camera not just for a year or more, but for over a decade! PTSD involving a camera? Seriously. The criticism got lodged and stayed there. Even though it had not originated in my own mind, it collided with my own fears and became an unwelcome houseguest taking up permanent residence.

Twenty-three years later, the hour had arrived when I could no longer leave the training wheels on and stay stuck in my past. Though there had been the occasional snaps with a Polaroid and my mom’s camera at the end of my dry spell, I knew with the Olympus I was about to reclaim my artist self. It was time to test drive my camera and get it out of the house. From what my friends told me, I acted like I was taking a new baby on a trip for the first time. After plotting my course, I decided to head over to a nearby walking path to find a patch of green. My first picture was of an empty bench. I stood there in front of the bench feeling little beams of hope. The photo was good enough.

Day after day the camera coaxed me to take it on more test drives. Fortunately, my father had chosen well and the shiny baby Olympus was starting to feel just right in my hand. Besides, I was getting some decent pictures and positive reinforcement was spurring me on. Had that first image been truly terrible, it might have been all I needed to bench my camera for good. Instead, my point-and-shoot was quickly becoming a magical little device and folks were asking me where it was when it wasn’t hanging off my wrist. I worked my way up to daily treks and starting capturing flowers and puddles and trees, oh my! The supermacro allowed me to get extra close without the weight of a heavy lens. Over time the camera began to feel like an extension of my own hand and a path to joy. 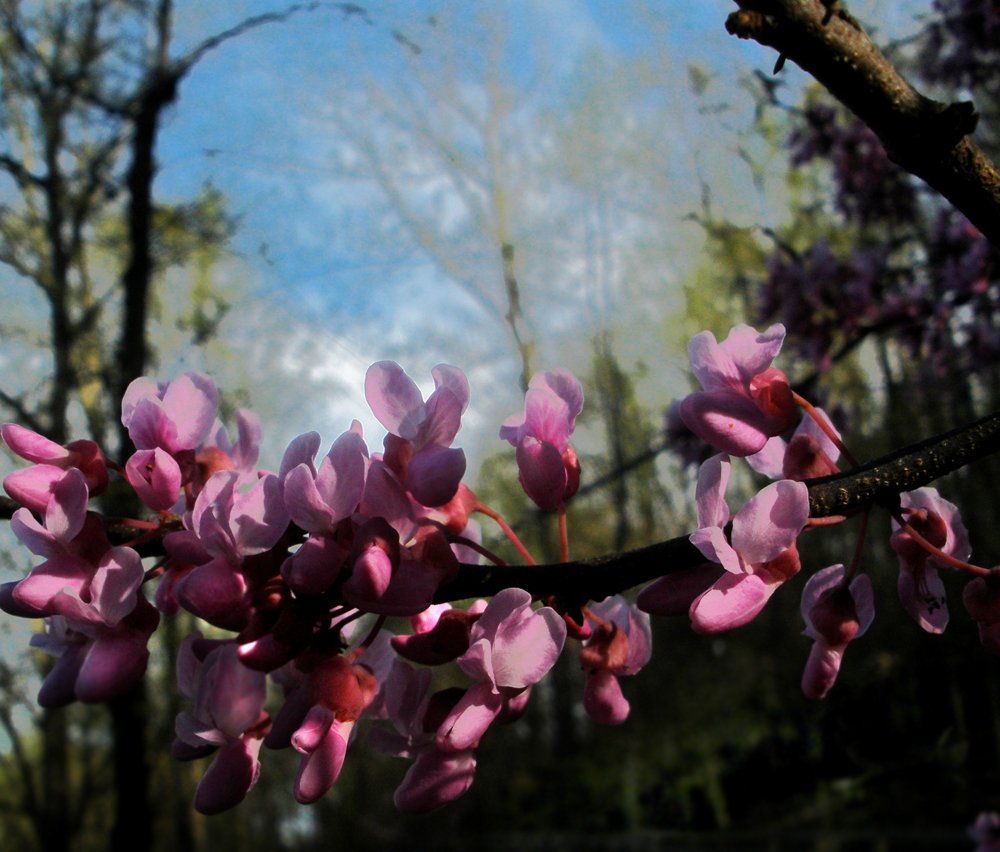 One day, I started to see streaks of pink across the LCD screen. I took my camera to the shop where the specialists announced the sensor was dying. When I could no longer squeeze a picture out of the camera by turning it on and off to jumpstart the sensor, I knew it was time to let it go. It took me many months to go out and get a new (and different) point-and-shoot as well as a fancier camera, a “mirrorless” as they are called. The Olympus is back on my shelf, but this time for a different reason. I took thousands and thousands of photos, mostly in nature, and it carries a very deep love for the journey. It’s a testament to perseverance (peeling varnish and all), and the healing gift of my father’s  “intervention.”

Even after the longest part of my trek, there are days when I am sidetracked with doubt or, oddly, find comfort in the past and don’t want to take my cameras anywhere. “There’s just nothing new out there,” I tell myself sometimes, pretending I’ve seen it all.

That’s a deceptive voice. It’s on the same shelf where my Olympus sat in its box – the first time around. Beside the voice of “you’re no good, it’s too late, it’s too hard, it’s all been done, and better yet…there’s just nothing left to see.” Some of these statements are true on some level, but there is also a higher truth. Just ask the scarlet tanager, the baby owl, the hawk, or the little Indian girl in her red velvet dress. When they made their appearances, I had concluded that my flawed logic was indeed correct and left the house without a camera in hand.

Any picture would have been better than none, I lamented. Or as one famous photographer said when asked what his favorite picture was: “The one I didn’t get.” 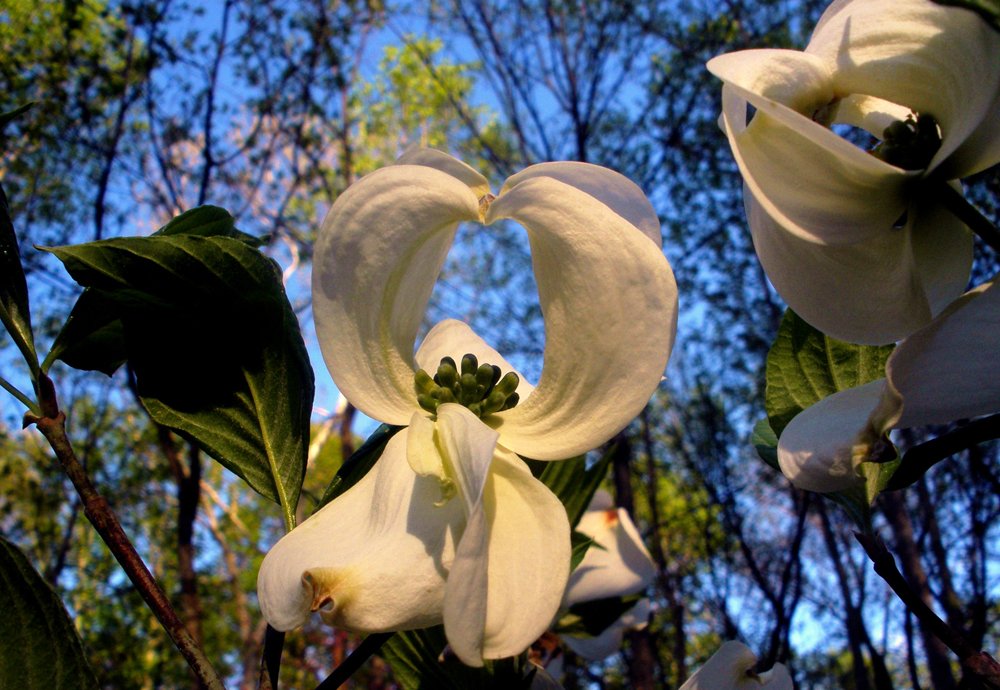 Don’t be fooled by the voice of self-doubt or “deceptive intelligence” as it is called these days. Who knows what you might miss. It’s all out there waiting for you. Find the “on” button, turn the page, and go out the front door. The old Spanish proverb really is true: “Poco a poco, se va lejos.” (Little by little, one goes far.)

— Karrie Bos is a writer, designer, photographer, and fashion consultant in the Charlottesville area. She is currently working on launching her brand, Fashion Bos. In addition to her creative work, Karrie has sold air time and appeared in commercials for NBC29/WVIR-TV, and also sold print and web advertising for Ivy Publications. She was an Art Critic for Cville Weekly and the Art Editor for Streetlight Magazine in 2006. She can be reached at [email protected] Note: Photos were taken with an Olympus Point-and-Shoot FE 340; Self-portrait taken with a Sony Alpha 6000, 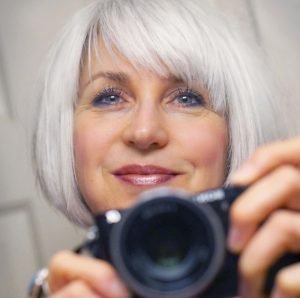 3 thoughts on “The Creative Path: From Couch Potato to Camera Buff”