American cities can and should be places of civic history and civic virtue. Most are not. My city of Charlottesville is not – despite its progressive government and mostly well-intentioned citizenry. Its monuments to history embed narratives that disrespect large numbers of us. The people represented in its Civil War and Jim Crow statues glorify those who would maintain slavery, fight to divide the American union, and seek to maintain white supremacy by promoting the Lost Cause once the war ended. To become the city that fully justifies its reputation as one of the best places to live in America, these relics of a bygone era must be confronted.

I have a dream that one day Charlottesville will be a beacon to citizens everywhere to unleash our better selves.

Imagine: One day our public monuments to Robert E. Lee, Stonewall Jackson, and Confederate soldiers will have the kind of signage, additional statuary, or artistic installations that will cause us to reflect on the unfinished business of this devastating and divisive war.

Imagine: One day our highways and byways will be named for the heroes and sheroes that reflect the higher values of justice, equality, and liberty that we claim to embrace.

Imagine: One day our public spaces will be filled with artistic outpourings – murals, sculpture, videos and other installations that engage our minds to think more deeply about restorative justice and reparation.

The current controversy in Charlottesville over Robert E. Lee and Lee Park is not unique to us. Discussions are occurring across the country over what to do with statues that venerate the Confederacy and its leaders. My dream is that Charlottesville become a model for addressing these issues with civic pride and responsibility. My dream is that our genteel and beautiful city confront this region’s past with boldness. Art can be a wonderful mechanism for engendering conversation.

Imagine: An expanded Art In Place that stretches throughout the city – in public squares, on the downtown Mall, in school playgrounds and cafeterias, on highways, in hospitals and office buildings – and is themed to the history of our city. What would we commemorate? Who would we venerate? How might we engage one around these representations in civil discourse? I hope we will dream big and collectively change the visual narrative that surrounds us. 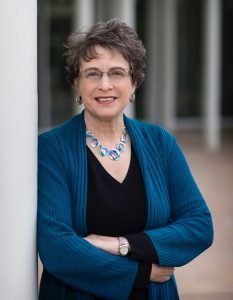 Phyllis Leffler is an historian recently retired from The University of Virginia. Her specialty is public history. She is the author of Black Leaders on Leadership: Conversations with Julian Bond. In early April, she discussed the issue of historic public monuments on Inside Charlottesville with Coy Barefoot. You may view their interview here.