Our drummer stopped too soon but we kept on–
like walking off a cliff across the air.
I played for her and him and others gone,
the wasted dancers hopped a little more.

I must repeat this till I get it right:
at last she feared my nightly transformations.
Her tears for me have cooled to silver bullets.
And this: the hospital clocked his final minute
then old deserted new as per tradition–
all the newborns wailed under the lights. 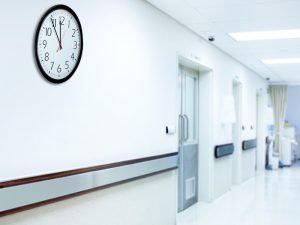 PART OF THE PAST

The pond is at the bottom of a bowl
and the cows love to stand with their udders in it.

The morning fog completely fills the bowl.
We descend into a bowl of milk to retrieve the cows.

This is the past. The dew invades my watch
and whitens the crystal so I can’t see the numbers
but I’m too sleepy to care.

My sister is in the milk barn. Behind us I hear her start the pump
flushing the tubes with soapy water to clean them.

My sister will never have children. There will be
unfair things I will get angry about but this is the past.

Just above our heads, my sister’s boyfriend’s head and mine,
the sun strikes the top of the fog, seeming to thicken, curdle it
and a thrush dives into the fog chasing a moth
he has no trouble seeing.

We scold the cows and twist their tails to make them leave the pond.
They move, move uphill at their own pace, getting into line

in their own social hierarchy.
The last two words remind me of my anger, here on this surface of white page
in the present.

Language applied to time burns away pieces of it.

But which pieces? Humans don’t understand language or time well enough
and we’re always disagreeing. My sister died early
and there’s a lot I don’t know about her.

I am in a city now, surrounded by speech and its results. Suddenly I want
to turn the description off.

I had literary parents, a literary sister and at least five other literary close relatives, so writing literature about my family gets very meta very fast – even when dealing with people I loved very much.

Steady Work deals with my father’s death at a time when my sister was estranged from my parents and me. I thought I could speed the poem up by treating her as a lost romantic love — I also somewhat conflate my own poetry with the more prosaic craft of a dance band. Actually pop music was my main rebellion against my parent’s lofty ideals. I mark the beginning of my return to poetry coming when Mary North, my wonderful high-school poetry teacher and a published poet herself, showed our class some of the poetry in Robert Hunter’s lyrics for The Grateful Dead. Then I went off to writing workshops and discovered people whose parents thought writing poetry whose parents thought writing poetry was the most useless thing one could possibly do.

My sister’s rebellion was to go work on a farm as described in Part of the Past. My parents and I never really knew why she turned against us. My father had some of his lawyer father’s stubbornness, and so did she. (My father, for example, never spoke to his big brother again after they fought in 1968.)

In our youth, my sister and I had periods of being close – I spent a couple of summers with her, bailing hay, shoveling manure — work that was somehow beautiful. My sister had a period of doing way too much LSD. She also had a Dalkon Shield in the 70s that almost killed her then and kept her from having children and ultimately caused her final cancer. Being a single woman, independent farmer in the 80s and 90s may have sent her around the bend as much as the other things.

Today, writing about my literary family, I feel I must speak of my mother’s sister, Jean Justice, who just recently died. She was married to Donald Justice, a great poet and teacher, but she didn’t really start publishing until the last few years, after he was dead. She quickly put out two beautiful books of stories, The End of a Great Party and Family Feeling. The latter book is full of families that define dysfunctionality, but also exemplify how human connections endure. In the end, what else is there? 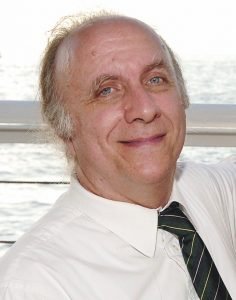 Ross Taylor, the son of novelist Peter Taylor and poet Eleanor Ross Taylor, is a librarian with The National Library for the Blind at The Library of Congress. His poems and short stories have appeared in The Virginia Quarterly, Gargoyle, Poet Lore, The Texas Review and Blue Moon Review. Ross Taylor and his wife, Elizabeth, live in Falls Church, Virginia.

Of Art Interest in May…

A Consideration of Bees

Reception for the Artists

One thought on “Part of the Past”