Three years ago I phoned Specialty Exterminators in Lynchburg. My side yard, viewed from my screened porch, was starting to look like a cheap horror movie: rats, mice, and baby mice, running from my yard into the neighbors’ yard and back.

Specialty Exterminators sent the rat baiter: an appropriately slim, tanned, wrinkled, grizzled–but in a handsome sort of way–sixty-something in a uniform much like a gas station attendant or a tow truck driver, park ranger, or sheriff would wear. As it turned out, I needed all five, and more. 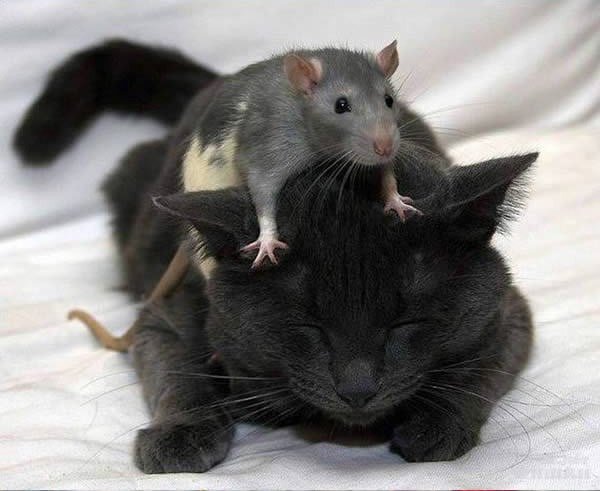 The Rat Baiter said that the rats and mice must have been flushed from the recently replaced sewers a block away on Boonsboro Road, and seeking new homes. He set out big, black-plastic triangles with bricks and poison food inside, and said the rats would be gone in two days. He told me no other animals were at risk, and to keep all pet food in sealed plastic or glass containers in my refrigerator when not in use.

The Rat Baiter was right: the rats were gone in two days, the squirrels stole the smaller bait containers and fled up trees with them, but did not die, and I went back to the normal routine of home ownership: roof repair, sewer repair, kitchen cabinet repair, wall and ceiling repair, and maxing out credit cards.

Three years later, I was looking out my sunroom window, enjoying the weeds, the planting beds where flowers wouldn’t grow, the trellises where potato vines crowded out the roses, the wild violets, and the angry blue jays bobbing their heads and shoulders at each other and chasing off other birds. I was looking for my chipmunk, which I like despite the fact my massage therapist says they carry deadly ticks, and the snowshoe hare whom I like despite the fact that she pulls up large swaths of grass to make herself a cozy nest by the brick sunroom support beam. Then I saw it: a squirrel with a hairless tail? No: a rat. The rats were back.

I called the Rat Baiter. He said, “Are you sure?” The new next-door neighbor told his son in confidence (who of course told me) that he thought it was a gopher, not a rat (as if I couldn’t tell the difference). No, the three giant gophers (bigger than a small dog), live across the street at the neighbor’s house, where Animal Control set traps, caught two of them, and carted them away. My neighbor across the street has had her share of heartache: a roof fire set by the roofers; three police men firing twenty rounds at 3 A.M. to kill a wounded raccoon; the woman who was driving drunk, hit a deer and a B.M.W. who then parked her car, and came to sit on my neighbor’s porch while the ambulance and firemen figured out what to do. My neighbor keeps saying she should declare her yard a wildlife sanctuary.

The Rat Baiter wanted to come at 8 a.m., but I convinced him to wait until 10 a.m. When he arrived we reminisced about the village of rats and mice I had in my yard two years before. Then I showed him where we’d left the black plastic rat poison boxes two years ago. He opened the boxes, and affixed skewers of red cylinders of rat poison into the boxes, shut them. I tried to tell him the neighbor’s rat vs. groundhog story, but he said he was laughing too hard and couldn’t write out my bill, so I stopped. He said I could pay right away, but I explained the cat vet was coming for the cats’ annual check-ups and to pay for that, I’d have to wait a week, until payday, to afford the rat poison.

Laura Marello has written eleven books. Guernica Editions published Laura Marello’s second novel Tenants of the Hotel Biron in 2012 and her first novel Claiming Kin in 2010. Her third novel, Maniac Drifter, is forthcoming with Guernica in 2016. Tailwinds Press published Marello’sThe Gender of Inanimate Objects and Other Stories in 2015; it is shorlisted for the Saroyan Prize. Balzac Robe, chapbook forthcoming from Finishing Line Press, June 25th.

She has been awarded a National Endowment for the Arts grant, a Wallace E. Stegner Fellowship at Stanford University, and a Fine Arts Work Center Provincetown Fellowship. She has benefited from residencies at MacDowell, Yaddo, Millay, Montalvo and Djerassi and was the 2nd Finalist in 2016 New Women’s Voices Award.