A few years back I took a trip to Texas with Bill Clinton. It was not a fun trip. Clinton is pathologically self-referential and by the time he’d repeated the phrase, “Let me tell you one more clever thing I said when I did something bad,” for the eleventy-twelfth time, I was ready to leave him by the side of the road in Alabama.

I sputtered at the car CD player (which is where books-on-tape lived before they became books-on-Audible…did I mention Clinton was on the CD and not in the car?), “I don’t care if the name of your book IS My Life (it was). I’m sick of your neediness, sick of your excuses, and I don’t want you in the car with me. You’re a smart guy. I get it. I’d love to hear you talk more about Middle East policy, politics, economic development. That’s all great stuff. But quit whining!” I eventually forgave him and let the CD keep running. Kind of like America did with his presidency. But, man, that was a painful 25 hours across the South!

Which brings me to Paul Theroux and his travel book, Deep South – one more long trip across a land I love to travel with one more companion I was fixing to pitch out of the car. Theroux played in my car off and on for six months. A noted travel writer, he begins his book by saying, in effect, “Hey, there’s nowhere else for me to go, so I guess I’ll go to the South.”

Perhaps it’s just my own defensiveness as a progressive Southerner that saw condescension in that statement (and many others). Theroux owns his unabashed New England perspective and writes with a blunt honesty that could be virtuous, but it didn’t keep me from thinking on many occasions that I should be reaching for his carpetbag to send him home.

Why did I stick with him? Well, he traveled back roads to the same sort of places I’ve haunted and I kept hoping I’d find some insight or common ground. I mean, the man went to Doe’s Eat Place in Greenville, Mississippi, for heaven’s sake! That would have rated a major chapter for me, but he lets it go with a cursory glance.

His other sins? Theroux denigrates every Southern writer except Clinton Portis (True Grit). He’s scathing on the Gothic writers and thinks Faulkner falls short. Plus, he believes that Southerners don’t read. He repeats himself. (He really needs an editor). He goes to gun shows… frequently…even after he’s decided they’re thin gruel for entertainment or commentary. And he says, multiple times, that the whole region reminds him of Africa. Plus, he repeats himself.

I know. I know. I could commend his attention to race issues or creative poverty initiatives. I’m not being fair. But, hey, he started it!

If I’m hot and bothered by Theroux, perhaps it is because I believe that the South deserves so much better – not only from travel writers, but from its own politicians, its churches, and, yes, even its writers. There is art and spirit to be wrung from this land and its history, and country songs that amount to a list of pick-up trucks, barefoot women, and fishing poles don’t qualify. All of which means that maybe I’m flustered with Paul because he reminds me that I’ve got work to do.

[My thanks to my colleagues in the 2016 Better World Reading Challenge who give me an excuse to write about books!] 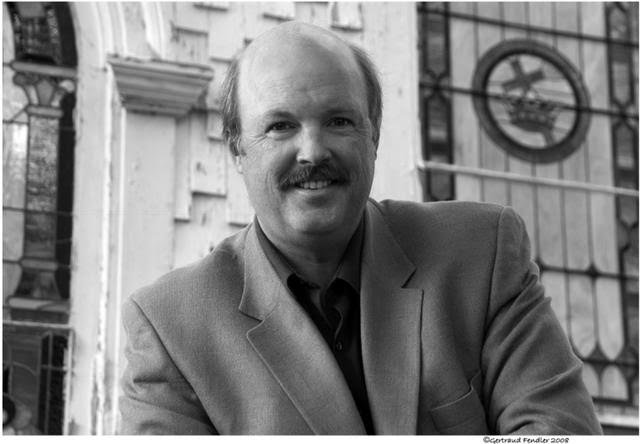 Alex Joyner is a writer and pastor on Virginia’s Eastern Shore. His most recent book is A Space for Peace in the Holy Land [Englewood Review, 2014], which, as he writes this he realizes, is kind of a travel book, too, that is probably being trashed by Israeli and Palestinian reviewers who feel he has hopelessly mischaracterized the region.