We lived in a very small town on Eastern Long Island, closer to duck and potato farms than New York City. But my parents believed that it was important to see beyond the local environment and travel was one of the ways they taught us, my sister and me, to open ourselves to the world. Thus, almost every Winter Break we went on a journey. When we were young we traveled to Florida staying at hotels that were steps away from the beach. When I was eleven we went on a cruise which was so bad we jumped ship at our first port of call, St. Thomas, in the U.S Virgin Islands. My father got our money back from the cruise line so I guess he was in the right. When I was twelve we went “island hopping”, a common phrase for tourists of the West Indies. We went to Jamaica, the Dominican Republic and then Cuba. Looking back I think my father had a penchant for dictatorships with five star resort hotels. However all three countries were friendly to Americans spending dollars and traveling with children. There were certainly no warnings posted by the U.S. State Department to stay away.

Our last stop was Havana, Cuba, a most beautiful and luxurious city with very expensive boutiques and fabulous restaurants and casinos. It was December of 1958, the weather was perfect and Havana was dressed in holiday lights and getting ready for New Year’s celebrations. We were staying at the famous hotel run by Meyer Lansky. Yes, he had been a gangster, but was now merely an innkeeper and casino manager. At least that is what New Yorkers believed. He had been exiled to Cuba by the mob. We arrived on December 29th and spent the next two days sightseeing, shopping and swimming. I took special pleasure in sneaking into the casino and dropping a nickel into a one arm bandit to see if I could win a jackpot. After I won twenty dollars, the guards kindly escorted me to the lobby to wait for my parents. If I lost my nickels they looked the other way but if I won…

New Year’s Eve was a big extravaganza and we dressed in formal attire for the event. I do not remember my father ever wearing a tuxedo just to go to dinner but that night he did. Of course it was more than dinner. We were in the ballroom and there was an orchestra and entertainment and a very elaborate menu. The flowers were special and holiday lighting added to the beauty of the room. The Lanskys even greeted us on a receiving line wishing us Happy New Year as we entered the room. Mrs. Lansky was dripping in diamonds and other jewels. She looked like a Hollywood movie star. Later that evening I met her again in the ladies room. One of the spaghetti straps holding up her gown had broken and a maid was anchoring it back to the dress with the diamond and emerald pin she had attached to her silk evening purse. How clever I thought! My parents drank and danced and I was pretty bored but tried to take it all in. A young teenage boy invited me to dance but my father would not allow this. After all, I was only twelve.

The next morning we were awakened by street noise. My father explained that in Latin America, New Year’s Day was celebrated with fireworks and gunfire, that what we were hearing was the sound of cherry bombs just like we had on the Fourth of July. I also heard screaming but thought maybe it was intoxicated revelers on the street below. My sister and I went out on the balcony but we stayed there less than a minute because we heard gun shots and felt as if we were the targets. Maybe we were.

I put on the television and all the channels had the same program: a bearded man, very cute, dressed in army fatigues, speaking animatedly into a bank of microphones. I got my father out of bed to see this. He took one look and turned ashen under his holiday tan. He told us to stay inside and away from the windows. He called for room service and was told that there was none today. Breakfast was in the dining room. Within a few minutes my father herded us to the elevator. No one was in attendance so we got to push the buttons. What fun! There were a lot of people in the lobby just hanging around talking in low voices. We went on to the dining room and there were the Lanskys serving us eggs and toast and fruit and juice and coffee. No diamonds for breakfast that was for sure! They explained that the entire staff went out on strike. We were told to stay inside the hotel for the time being for our safety. Since it was a holiday we had planned to spend the day at the beach and at the pool. Being cooped up on our last day of vacation really was very disappointing. We were supposed to fly home the next day, then back to school and work.

By lunch time we learned that the airports were closed, no taxis were in service and the bearded man, Fidel Castro, had come into Havana from the mountains on New Year’s Eve and taken over the government. I was not impressed with him if he could not get the people to work. But the workers were out celebrating or out killing the opposition. My parents were becoming more and more anxious. Mrs. Lansky was busy emptying ashtrays in the lobby and Mr. Lansky was trying to keep everyone calm. We were told that the United States government was making arrangements to evacuate Americans either by submarines from the naval base at Guantanamo or by boats to Key West, Florida. By the second day with cold cereal for breakfast, no coffee, no juice, we were permitted to go out to the pool but the armed guards were terrifying and we only stayed outside a short while. It was very boring. No good food, no casino, no shops open. My sister and I were forced to finish our vacation school work which we always left for the last minute. Fidel was still talking on television.

The next morning, January 3rd, we were told to pack one suitcase per person, just enough for us to carry, and report to the lobby by noon. The champagne purchased for my sister’s sweet sixteen party would have to be left behind. We boarded buses and were taken to the harbor. Much to my disappointment we embarked on very old and small ferry boats, not submarines. We waited until dark to leave the harbor. My mother was terrified. The boat was overcrowded with people and luggage. The ferry groaned as it started out away from port. Before long a storm came up and the boat swayed with the swell of the waves and the rain that actually felt refreshing. My mother was sick from the roller coaster ride.

I remember reading a great book, a mystery, Rebecca, by Daphne du Maurier, during the rest of the night. The seas calmed down and most people slept. I finished my book feeling like a juvenile delinquent pulling my first ever all-nighter. But I was happy to see the sunrise and then see the first signs of land. Key West looked like a sand dune but it was land. We were greeted by the Salvation Army band playing patriotic songs, a coffee truck and twelve school buses. There were custom officials checking passports and many of the Cuban refugees were placed on a separate bus. How they sneaked on a ferry is a mystery to this day but I think Fidel liked cash.

We were taken to Miami Beach to await our trip home. Somehow we had a reservation for the next day. When we entered our hotel suite, sitting on the coffee table was a copy of the New York Times. On the front page staring at us was Fidel Castro in his hotel suite toasting his comrades with glasses of champagne. To this very day I am convinced that he was enjoying the fine wine we were forced to leave behind. It must have been so because even my parents thought I was right. 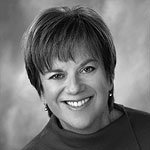 Born and raised on Eastern Long Island, Marjorie Rissman attended Emma Willard School in Troy, New York, and then Sarah Lawrence College in Bronxville, New York. After college she attended the University of Michigan School of Social Work and obtained her MSW degree. She wrote both in prep school and college and then life intervened. It was not until five years ago, when her older sister passed, that Marjorie began to write again. Although poetry is her first love, she has just begun to write memoirs. Marjorie lives in the Chicago suburbs and is a real estate broker with Coldwell Banker.
Follow us!