I haven’t seen Dave this excited in months, since before our son left for college.

“We’ll see a compressed version of Arnold’s life,” he says, sprinkling his fingers like falling fireworks. “Can you imagine? You’ll love it. It’ll be like one of our movie dates, but better.” 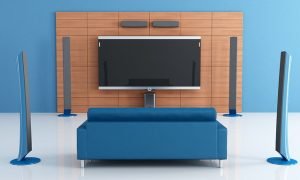 “It sucks for Arnold having leukemia and all,” Dave says, checking his phone. “But there’s nothing we can do, you know?”

We first learned about the Deathwatching app while dropping our son off at his dorm back in August. It provides a notification when someone within a fifty-mile radius is about to die. And though the corresponding glasses aren’t cheap, our son says they’re worth the money, since they allow you to see people’s lives flashing before their eyes during their final moments.

Dave bought two pairs of glasses on his way home from work today. He hands me one now while standing in the kitchen. They’re bright orange, almost neon, with purple circles in the middle.

Dave shrugs. “Something to do with those purple circles. They’ll synchronize our vision with Arnold’s memories. Cool, huh?” 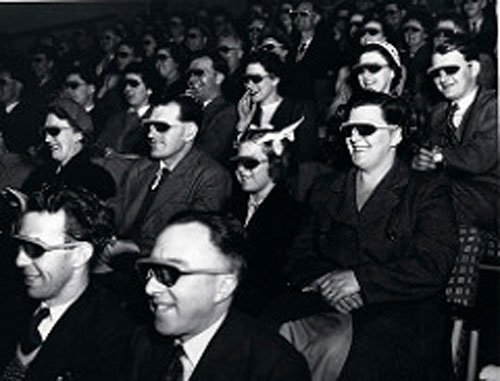 Tonight, while I get my coat, he microwaves a bag and shakes it, mixing the butter and salt for me. Across the street, the absence of cars makes me wonder about Arnold’s family. His kids live out of town, but that’s not much of an excuse for not caring after their dying father. They should be here.

I eat when I’m nervous, and I’ve eaten half the bag of popcorn by the time we reach Arnold’s driveway. It’s like Halloween there, some people approaching the house solemnly, others laughing. I can’t see their faces in the dark, but a few people have gathered on the front porch and positioned their lawn chairs near the windows. It’s in bad taste, I think, especially since Arnold probably has no idea what’s going on. He’s a generation older than me and Dave, and I’m not sure he even owns a cell phone. He’s probably never heard of Deathwatching.

We circle around back, nodding at people we don’t recognize. Dave cleans the dirt from a fallen tree on the edge of the woods and spreads a blanket over our laps. It’s quiet and secluded here, like a private screening. The living room blinds are down, but there’s a six-inch gap at the bottom, and it’s more than enough to see Arnold, who’s watching TV in his recliner. He’s eating popcorn, too. Dave assures me the six-inch gap will be sufficient to witness the flash, but I’m lost thinking about Arnold’s ex-wife who moved away years ago, and his kids who live either in Cincinnati or San Diego, I can’t remember where. Dave might know. Arnold told us at a Christmas party we hosted the year his wife left.

“These are good seats,” I say.

Dave’s warmth under the blanket stirs something in me. We’re still lovers, but now that we’re empty-nesters, we’re different lovers together, like we’re trying to find ourselves again.

“If we’re lucky, we’ll see everything,” he says. “First kiss, first love, first job, first fight, first child, all of it. Honestly, I’ve heard it’s the most beautiful thing in the world.”

He senses that something’s wrong after I don’t say anything, and he settles my nerves by licking the butter from my fingertips, his saliva glistening on my skin in the moonlight.

“How will we know it’s happening?” I ask. “Will his memories project on the TV or something?”

Footsteps approach from the woods behind us and I reach for Dave’s arm, almost spilling the popcorn. His body is still solid and comforting, though getting older. I relax after seeing a family of deer emerging in the moonlight. The mama gathers her two babies behind her. She looks exhausted, and I remember those days of constant nurturing and protection, never able to rest, not even while sleeping.

There’s a sparkle in the mama’s eyes, as if she’s trying to communicate with me, but I can’t find meaning in her stare, and I wait for something more. Tell me what to do, I think. Tell me where to go. Dave stands with one hand reaching forward, and the deer, though skeptical, don’t run. But as soon as his phone rings in his pocket, they spook deeper in the woods, and the magic of the moment fades.

“Thirty seconds until show time,” Dave says, showing me the countdown on his phone.

I almost laugh at how ridiculous he looks, now wearing those glasses that cover half of his face, but there’s a severity to the moment that hinders a laugh, and I reach in my purse for my glasses. It occurs to me we’re about to witness someone passing from the world, and there’s an overwhelming atmosphere of excitement—I can sense the weight of it in the air—like undressing a lover for the first time, or counting the seconds before the ball drops on New Year’s Eve. Though we can’t see our neighbors’ faces, I know everybody else is sharing the feeling, too.

Through our glasses, we see the bowl of popcorn spill from Arnold’s lap onto the recliner. Dave checks the time. Thirteen seconds. Twelve. Eleven. Arnold’s arm hangs limp over the armrest. His legs jolt twice. Seven. Six. Five. I glimpse Dave’s excitement, and it’s the same excitement from a year ago while watching our son’s baseball games; and I realize this moment, for some reason, is more important to us than even a state championship. Three. Two. One. 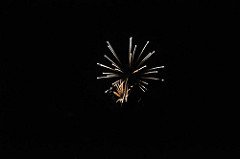 The darkness comes alive, and for a few seconds we see everything: an approaching thunderstorm when Arnold was seven years old—home alone for the first time—and the lightning bolt that scared him into a closet; the blossoming of his first real friendship with a girl from class who shared his enthusiasm for collecting worms from underneath overturned logs in the woods; a failed first kiss, followed by hours of practicing on the shower wall; the campus bar he preferred over the white-brick library in college; his first real job at an engineering office, where the windows overlooked an asphalt parking lot; the joy from his wife’s first pregnancy, followed by the anxiety of the second; the years of watching his children growing up, and growing away; his distant grandkids whose names he’d review before Thanksgiving dinners; his wife setting the breakfast table for the last time, explaining she’d met someone else; the following mornings alone, staring at his cup of black coffee; the neighborhood Christmas party in our living room that meant more to him than any of us imagined.

For a few seconds we’re there with him, sharing in his pain and beauty and misery and love. We’re left breathless after it ends, after the lights go dark again.

I replay each scene in my mind, still awed.

Dave leans against me, and I settle my head on his shoulder. Part of me wants to stay like this for the rest of the night, but I know tomorrow Arnold’s distant family will fill his empty house. The grandkids will crawl on the recliner as if nothing happened there, and their parents will peel them away, horrified. Cars will overflow from the driveway onto the lawn. Relatives will mourn, but I’ll judge their sincerity from behind my window for not being there sooner. And I’ll judge all of us, his neighbors, for finding enjoyment while watching him die. But our enjoyment honored his life and memories, and after weeks of reflection, I won’t be able to think of anything more meaningful we could’ve done. 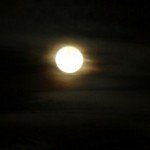 “Anna,” Dave says, removing my glasses and handing them to me.

We walk through the woods toward our bedroom, careful to avoid sticks and leaves, not wanting to disturb the moment. And the sky rewards us with the perfect ending to our night: The moon brightens like a snow globe someone’s shaken, and we pause to admire it, watching as the gray pockmarks on the surface disappear all at once, none of them able to outlast the intensity of the glimmering light. 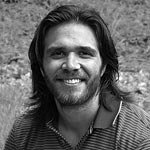