A few years ago the Northumberland County prison in Sunbury, Pennsylvania burned down. It was a spectacularly awful fire of an historically neglected building. That it caught fire was of no surprise to anyone.

The prison board immediately convened to discuss a contingency plan. Surrounding counties could absorb the inmate population but not the corrections officers and administrative staff. State unemployment compensation takes two weeks to kick in. So the board announced they would pay the prison employees for two weeks worth of work they were not able to perform.

Nobody deserves to get paid for doing nothing. This was just another example of taxpayer money be given to freeloaders sucking on the government tit. I wouldn’t get paid if my work place burned down.

Then the board announced something else; they would build anew on a vacant site and not rebuild the 140-year-old prison.

How dare they! That prison is a piece of history. It must be restored to preserve our heritage.

Northumberland County is a place of context. It’s home to Centralia, the town that sits atop a coal seam that caught fire in the 1960’s, was evacuated by the federal government, and is still on fire today. Centralia coughs smoke from cracks in its ground, swallows roads in its sink holes, and inspired the horror movie Silent Hill. The county is also home to the world’s largest man-made mountain, a geographic landmark comprised entirely of coal mining debris. 4 of its 6 school district’s report 50% or more of their students live below the poverty line. In one of its towns, Shamokin, you can buy a 4 bedroom house for less than $30,000. In another town, Mount Carmel, I was once attacked by a dog and could not get ahold of police. When I called their number, I was dumped into the town treasurer’s voicemail. When I visited the station, its windows were covered in plywood, the door bell button cracked and splayed open as if to punish visitors with an electric shock. The street signs were so old and faded that I couldn’t read the names to report where the incident had happened anyway.

The county’s long been on the bust side of boom-and-bust industrial capitalism. The county’s population is 98% white. The county overwhelmingly voted for big Donny J. Trump to become our 45th President. It is represented in the House of Representatives by Tom Marino, one of the first Congressmen to endorse Trump and now a member of his transition team.

Is it any wonder such bleakness would overwhelmingly express the sentiment “If I have it bad, other people must have it bad too,” and harbor an allegiance to the fantasy of nostalgia at an illogical cost?

A common thread within 2016 election analysis is that of threatened groups asking how half the country could vote for a man who puts them in danger. Why was their safety not important? The response has been that Trump voters were too worried about the economy to care about others. Insurance premiums trumped their concern regarding all the -isms and phobias that petrify others. But I don’t think Trump’s supporters prioritized the economy over the safety of their fellow countrymen. I think they voted to prioritize pain. They want everyone else to hurt like they do. They want to punish people who have it better.

If you remove emotion, there is no logic.

If Northumberland County didn’t pay their prison employees, how much money would they spend in support services to assist those families when they lost their housing, or needed food, or couldn’t pay bills from local utilities or businesses? If coal is suddenly wanted on the market again, the automated machines that harvest much of that ore now will just accelerate their pace. If new factories are built for jobs that return from overseas, they won’t be built in towns without a responsive police force or street signs.

Absent any substantial plan to address concentrated poverty, pain will continue to reverberate in our politics just as that fire in Centralia will never be extinguished. 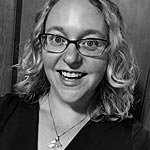 Jenny Ruth’s prose has been published in The Hopper and Streetlight magazines. She previously worked as a college administrator, a freelance writer for several community-based lifestyle magazines, and an events manager for an after school program dedicated to empowering young girls. She currently holds a leadership position with a local gun violence prevention group, serves as the organizer for Women Who Submit’s Pittsburgh chapter, and lives with her husband, two small children, and two very large dogs. @JennyRuth81
jennyruthwrites.com.