My second novel, Best Intentions, is a medical thriller that falls solidly between Write-What-You-Know, a form of untaxing research I heartily recommend, and Write-What-You-Worry-About, a selfless act of spreading alarm.

Shining a light on important issues while plucking details floating around my house to flesh them out was pretty much my dream project. As a doctor’s wife and a mother of a child with a serious illness, I’ve had an interesting vantage point from which to study our medical system. While I don’t claim to be an expert on the subjects I touch on in the book (it is fiction after all) I am a fairly decent observer of important issues. (Some might say nit-picky.)

While Marti Trailor, my protagonist, is a hospital social worker who actually finished her graduate degree (I dropped out when I couldn’t find a parking place for the last time), she graciously carries some of the concerns from my own experiences.

These include dangerous medical practices like rigid hierarchies where everyone is expected to stay on their own levels, in their own lanes.

(What could possibly go wrong with people being afraid to speak up when, you know, lives might be on the line?)

An orderly where my daughter gets her care told me that when the sprawling hospital was redesigned, the patient transporters weren’t consulted about the proposed layout. Which means harried low-wage workers now spend egregious amounts of time hustling between far-flung procedure, diagnostic and treatment areas.

The crazy schedule young docs are forced to keep is another chronic system fail that flips out my main character. (And me.) Required eighty-hour weeks result in punch-drunk professionals with prescription pads. Research I did showed that some hospitals have acknowledged the risk posed by exhausted trainees getting behind the wheel after being up for 24-hours — so they put them in cabs to get home.

(Back when my own spouse was an exhausted intern he slept through a live, foot-stompingly funny Richard Pryor concert—which would just be humorous-slash-sad if he hadn’t been caring for vulnerable patients moments before I picked him up for Date Night.)

Other disturbing themes in the novel have to do with inequality, racism and the devastatingly high cost of being poor in America. Marti works with impoverished mothers crushed by social problems. She understands things that people with money might not –such as how poor moms have to make painful choices all the time. Like having to decide between diapers and food.

(Let’s see…buy Pampers or pick-up dinner for the family? Festering rash or hunger?)

A friend of mine says that art is a Trojan horse for ideas. I agree. It also does quite nicely as a vehicle for a battalion of worries. 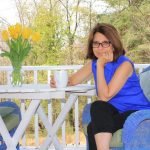 Erika Raskin’s new novel is out with St. Martins Press. She is working on a new one and is the fiction editor of Streetlight Magazine.

One thought on “Best Intentions by Erika Raskin”