At 7:40am, the streets of downtown Charlottesville are eerily quiet. If not for the barricades, it would be hard to believe these streets will soon teem with people: busloads of Nazis come for the Unite the Right rally, and counter-protesters, like us.

Some people told us to stay away this morning. Terry Sullivan, president of the University of Virginia, where I teach in the German Department, urged us not to risk getting caught in the violence. But as a Jewish Germanist, I know too well what happens when you don’t stand up to Nazis.

Besides, I promised my son Gabriel that I’ll be there. Gabriel and his girlfriend, Amy, are founding members of the DC-based Socialist Snack Squad, which hands out food and water to demonstrators whose causes they support. The Squad first came to Charlottesville to stand against the KKK on July 8. We spent this past week preparing for today’s event, which everyone says will be bigger and uglier. I took non-violent civil disobedience training, while Gabriel worked with Charlottesville’s clergy collective, Congregate, as well as Black Lives Matter, and other groups, deciding who will be where, doing what.

At 7:45, my husband Wade drops Gabriel, Amy, Amy’s mother Sara Jane, a couple of other friends, a trunkload full of supplies, and me off at McGuffey Park where we set up our tent next to that of the medics. Thanks to donations and our own layouts, we have nine cases of water, as well as mountains of bananas, nectarines, and protein bars. Gabriel hangs up the Snack Squad’s flag, a red banner sporting a black raised fist with a fork in it.

Afterwards we greet friends. A group comes into the park to lead us in anti-racism cheers. At 9:00, there will be services at our synagogue, a few blocks away. Part of me does not want to let Gabriel out of my sight. Another part thinks services will be a sweet beginning to what promises to a chaotic day. Gabriel tells me to go ahead, so I do.

In his talk about the morning’s Torah portion, Alan Zimmerman, president of our congregation, shows how Torah admonishes us not to stand idly by in the face of hatred like that promised by the far-right groups coming to town. After services I meet a colleague, Aniko Bodroghkozy, who wants to attend the counter-protest. She quickly agrees to come back to McGuffey to help the Snack Squad.

On the hill of McGuffey Park, Aniko and I look down at Market St., now filled with Nazis carrying pikes and shields, with counter-demonstrators shouting at them from either side. We watch, speechless, until I see tear gas and grab Aniko’s arm, urging her to run up the hill.

Back at our tent we hear that Nazis have beaten a young black man with a stick, leaving him bleeding from his head. My thoughts turn to the mother of this unknown young man. I feel a compelling need to see my son. When I text Gabriel, he texts back that he’d gone to the synagogue to find me. He and Amy are on their way to Jackson-now-Justice Park with water bottles and snacks. Aniko and I arrange to meet them there with more supplies.

I cannot get to Jackson/Justice Park fast enough. The sun, which was overcast, has now come out strong, making the air close and sticky. People eagerly reach for our water bottles: thank you, thank you, God bless you.

The park is full of people, some all in black, others wearing every color of the rainbow. Some sport Black Lives Matter shirts and buttons, others carry signs saying racism is not welcome here. Under a tree, John D’Earth plays sad, lovely tunes on his trumpet.

In no time, we’ve handed out all our supplies. “Let’s go back to McGuffey and replenish,” Gabriel says. But Aniko notices a table where people are handing out rice and beans.

“I could use some real food,” she says, and I realize I’m hungry, too. Gabriel suggests that Aniko and I eat, then rejoin him and Amy in McGuffey Park. I don’t want to separate, but agree to the plan.

After lunch, Aniko and I detour at the safe space in the Methodist Church, to use the bathroom. No sooner have we stepped into the church parking lot, than a minister yells, “Everybody, get inside! The church is on lockdown!”

A fight has broken out in front. After using the bathroom, Aniko and I wait in the air-conditioned sanctuary for the lockdown to lift. We meet and hug friends, share news. Two therapists I know have come to minister to those traumatized by the day’s events. It feels much later when Aniko and I get back to McGuffey. Gabriel and Amy are absent; friends tell us they went with a large group to Water Street.

Aniko and I pick up more water bottles and snacks to hand out. When we return to our tent, someone tells us a car has driven into a group of counter-protesters on Water Street. I grab my phone and text Gabriel. No response. I text Amy. Nothing. It feels like forever before Sara Jane tells us Amy just texted. She and Gabriel were on the scene and saw the car, but are unharmed and on their way back.

Five minutes later, I throw myself into my son’s arms. I cannot stop crying. I want to hold him forever, keep him safe.

Time passes slowly in the final hours of our counter-protest. At 3:30, everything seems quiet. I want to break camp, but we hear rumors of drive-by shootings and decide to stay put. Later we will find out the rumors were unfounded. I lie down in the grass, sweaty and shaking, while Gabriel and Amy sit nearby, texting on their cell phones. Sometime later, an exhausted, thirsty group of people comes into the park; we feed and hydrate them. By the time they move on, the medics have packed up their tent, so we follow suit. Before pitching the melting ice and water from our cooler, Gabriel dunks his head in. He says how good it feels, so a bunch of us do the same, encouraged by cheers from the others. It’s so hot, we’ve dried off by the time Wade picks us and our remaining supplies up, along with a couple of comrades who need rides.

In the nonviolent civil disobedience training, we learned our task was twofold: to protect all life and live to fight another day. As we ride home, as grateful I am that my loved ones and I survived this action, I can’t help but shudder at the thought of those who didn’t, especially knowing the fight is not over yet. Richard Spencer and his thugs will be back. We’ll have to stand up to them again and again and again. 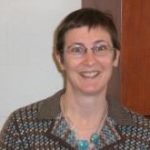 Cora Schenberg’s essays have been published in Brainchild, the Utne Reader, Streetlight, Full Grown People and read over WVTF radio (NPR Roanoke). Three of her plays were produced in Live Arts Playwrights Lab Summer Shorts Festival. Cora holds a Ph.D. in German literature from UVA, where she currently teaches. She lives in Charlottesville with her husband Wade, three cats, and her son Gabriel when he’s home from college.

One thought on “What I Saw in Charlottesville on August 12, 2017 by Cora Schenberg”