I didn’t know exactly where we were going as my brother took me for a ride in the countryside of my home county on a late February Saturday. He drove down a narrow paved road and stopped near an overgrowth of trees and bushes. “Do you know where we are?” Not until I heard, “This road used to be dirt” did it hit me—Emma’s. We made our way through tangles of vines and wintery twigs, only to find the four-room house completely collapsed with just an old chimney of “Pee Dee” imprinted bricks left standing. Springs poked through the worn, faded fabric of an old sofa and water stained wallpaper somehow remained partially attached to an otherwise bare board. Where the front yard once was, a dozen daffodils bloomed. We walked carefully, not knowing where rusty nails might be facing upward. But we walked on anyway. We walked through the rubble looking for Emma—for any remnant or sign of a woman who had meant so much to us.

Emma One did more than spend endless days and nights with us while our mother was working. She did more than make the best ever chicken salad and cheese biscuits. She refereed our sibling fights, calmed our fears, and most importantly, never let on that anything was wrong or unusual in our family. Emma was with me one of the nights my dad came home “three sheets to the wind.” We never said the “drunk” word in our house; if we didn’t name it, it didn’t exist. Pulling off all of his clothes the minute he walked through the door, I saw things a ten-year-old girl in a 1966 sleepy southern town just didn’t see. Calm Emma took wide-eyed me by the shoulders, turned me around, and talked to me like nothing had happened at all. We walked to my room with Emma chatting quite normally and saying she’d be right back. After getting my dad under covers, she told me he didn’t know what he was doing and that I didn’t need to worry about seeing him like that. “Men is just different,” Emma said—and I never thought twice about it.

The first round of desegregation had approximately two children from each grade at the black school attend the white school. Two children per grade. Children. I have forgotten many things about my childhood, but I remember the day the new children came to my fifth grade class as if it were concealed in a snow globe, able to replay with every shake of the struggle for equality.

Entering through a stage door, Emma stood with her feet firmly planted in that spot right next to the teacher’s desk. Standing there in her neatly pressed best Sunday dress, all eyes from a sea of sandy faces were on her. “Take a seat, Miss Washington, take a seat.” Where was Emma going to sit?

Though many years have passed, I still hold these memories close. Emma One modeled for me the necessity of moving forward. No matter what comes, deal with it, accept it, and march head first into the next challenge. I could easily have become stuck in an endless cycle of self-doubt and pity, but Emma, single mother of a physically challenged and mute son, did what she had to do—including shielding children from drunk men. And she moved on.

Emma Two confidently confirmed that bravery has no gender, no color, no age. Even when we can’t fully understand the enormous scope of the issue at hand, we can do our part. Even when we may feel like we’re sacrificing part of ourselves for a larger cause, we may end up finding ourselves instead.

From the rubble of Emma One’s house, my brother and I each took one Pee Dee brick. I didn’t ask him what he plans to do with his but I know what I’ll do with mine. I’m putting it in a secret place and I’ll pull it out occasionally to look at it. I don’t want my brick where I can see it every day; it would become common. My Emmas weren’t common. No, I’ll save my brick for when I need inspiration to move forward, bravery to face the future, or just a reminder that it takes the woven influence of many to form each of us. 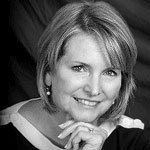 Nancy Taylor lives in the small town of Dublin in southwest Virginia, along Carper Branch, which flows into Back Creek, which flows into New River. She has taught English at Radford University for 28 years and her most recent publications are in Meridian and the Virginia Literary Journal.

Two Emmas was chosen as a runner-up in our 2017 essay/memoir contest.