I wander through urban places, mostly near my home in Brooklyn, New York, rolling a Whole Foods cart jammed with a collapsible chair, a bristol pad, pencils, pastels, an easel and canvases. I make images of figurative public statuary, and occasionally their absences. These pictorial essays track the fate of public monuments and explore the inconstancy of public and private memory, particularly when the present, as now, is deeply unhappy or ambivalent with the legacy of its deeded past. This distress can lead to the toppling of public statuary which customarily happens in eras of radical change and social upheaval.

On familiar turf on July 9, 1776, three days after the signing of the Declaration of Independence, a crowd gathered in a Lower Manhattan public plaza to listen to a recitation of the Declaration. In protest, the Sons of Liberty then pulled down an equestrian statue of King George III.

The Triumph of Civic Virtue over Unrighteousnss was originally installed in 1922 in an enormous fountain in Manhattan’s City Hall Park. It was evicted to Kew Gardens, Queens due to objections from New York City leaders including Mayor Fiorello H. La Guardia. He referred to the statue as ‘fat boy,’ objecting to having to stare at its bottom. Women, after achieving suffrage in 1922, objected to the depiction of a sword wielding male virtue triumphing over unrighteousness represented as two nude sea nymphs writhing at the statue’s feet.

Civic Virtue was evicted a second time to Brooklyn’s Green-Wood cemetery in 2012 after protests by latter day feminists aided by former Congressman Anthony Weiner. The battle left a ruined fountain now concealed behind a barrier while being transformed into a monument to the achievements of women.

In 2015, renegade artists installed a bronze portrait bust of Edward Snowdon in Brooklyn’s Fort Greene Park. The statue was quickly removed by the New York City Parks department as an unauthorized installation. It was in police custody until released to the artists after they paid a small fine. The bust was drawn at an artist’s home, and  was later displayed at the Brooklyn Museum of Art.

In 2017 we’ve witnessed the inauguration to the presidency of the United States of the Piped Piper of American Decline who claims that he will return America to greatness by reinforcing the teetering power of the historically dominate group that elevated him.

In mid-August, heavily armed individuals descended on Charlottesville, Virginia and its Emancipation Park to protest the impending removal of equestrian statues of General Robert E. Lee and Stonewall Jackson. The protestors left carnage and murder in their wake.

A self-proclaimed heir to the legacy of the Sons of Liberty crashed his car into a crowd of supporters and counter protestors of the removal of the Lee statue. A young woman died and numerous others were injured.

The Piper added his voice to the supporters of the Lee statue still standing in Emancipation Park. He apparently views the statue as representing American greatness that he sees as currently lacking, and those who converged on Charlottesville in support of the statue as contributing to his efforts to restore that greatness. Long dominant groups often resist their fall from power as they attempted to do with the elevation of the Piper to leadership in the United States and in their defense of the Lee and Jackson statues.

Charlottesville’s aftermath has witnessed Confederate monuments being toppled nationwide by civic authorities and protestors. Removal of public monuments is the outcome of decades of alienation by previously disenfranchised groups that ultimately ascend to power and thus gain control of public spaces. Removals are often cathartic outpourings of repressed emotions by these traditionally disenfranchised groups but invariably result in a backlash as witnessed in Charlottesville.

Other figures now balance on narrow ledges that push them towards God as they gaze down, often resisting gale force winds swirling around them. Triumphantly ascendant and hovering over us, they appear fragile and delicate while enduring and imperious. Subsequent to the Charlottesville events, it is easy to envision them as not just teetering, but toppling.

As a direct consequence of the deaths and injuries in Charlottesville, this portrait bust of Robert E. Lee and one of Stonewall Jackson were removed from the Hall of Fame for Great Americans, an outdoor sculpture gallery on the grounds of Bronx Community College in the Bronx. Two more empty plinths are very spooky.

A Confederate soldier still stands—or teeters—at attention with a rifle’s muzzle pressed against his body on the capital of a tall, thin column as he guards the entrance to a cemetery of many confederate war dead in Greenville, South Carolina.

The winged chariot of Victory carrying laurels, alights on the summit of the massive Soldiers and Sailors Arch celebrating Union victory in the Civil War.

An angel balances precariously on the top of an enormous, narrow and fluted white column in Green-Wood amongst the bare trees of a late winter’s day.

An effigy of a mustached man in a fine waistcoat stares downward from the peak of his mausoleum in Green-Wood flanked by autumn’s changing leaves.

And, Blind Justice stands at the summit of enormous cupola of New York City Hall.

The protracted struggles that Charlottesville and its aftermath have unleashed can lead to ruin extending far beyond the sudden absence of a figure on horseback in a public square. These battles often result in the disappearance of the square itself, places that once surrounded the square and people who had once occupied its shadow. This loss is useful to consider as one observes public monuments teetering and now suddenly toppling. 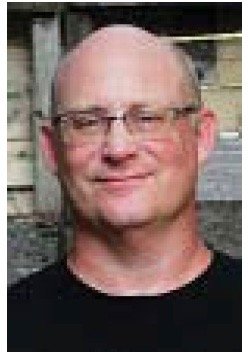 Howard Skrill is an artist, and art professor at St. Francis College and Essex College in Newark, NJ. He lives with his wife and one of his two adult sons in Brooklyn. His work has exhibited from St. Francis College, Bronx Community College, the Boston Graduate School of Psychoanalysis, Wheaton College and Holy Family University. He has also shown at the Safe-T gallery and the Kumon pop up space in Brooklyn and Chashama in Manhattan. His pictorial essays and other works have appeared in Newfound: Art and Place, Red Savina Review, Assisi, the Columbia Journal, Average Art [UK), and pending publication in War, Literature and the Arts and Districtlit.Click here for Skrill’s blog.

One thought on “Teetering: Drawings by Howard Skrill”