and reaching into the bag for more letters only to have your fingers come up empty-handed. In fact, I’ve been racking my brain for blog topics for so long even my Facebook page has taken to castigating me.

I’m pretty sure my disappointing search for ideas may have crossed over into Writer’s Block territory. For those who have never visited this particular geographical area, think ghost town in the middle of a super fund site—with a large population of large rodents.

Recognizing the landmarks of Writer’s Block is like discovering your passport is missing while standing in line to board the plane. First you enter an unnatural Zen state, then alarm kicks in, and then a crushing load of very serious alarm settles over you.

Unlike prolific authors Joyce Carol Oates, Adrian McKinty, Stephen King (et al ad nauseum) who write book after book seemingly without naps or bathroom breaks, my own reserve of ideas is of the nonrenewable variety. In fact, I’m fairly sure that injudicious tweeting can drain the supply.

When I get seriously stuck I try and remember the tricks and prompts I’ve collected over the years. For my money the best how-to on the subject of writing is Bird by Bird by Anne Lamott. (The title comes from a time when her brother had to write a school report about a range of winged creatures. Overwhelmed by the enormity of the project he asked his father how he could possibly get it done. ‘Bird by bird’ was the wise response.) 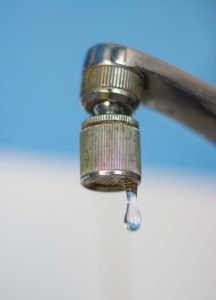 Some of Lamott’s advice to just getting-it-done include:

–Accepting the fact that a “shitty first draft” is part of the process. (As a perfectionist who could spin my wheels on the same sentence indefinitely, this was pretty liberating.) Plowing forward is the only way to actually reach the finish line. You can’t edit nothing.

–Her tip to get the truth on paper first and worry about cleaning it up for libel down the road also provides a route around an obstacle of anxiety.

–The volume on radio “KFCKD” (the Trumpian station nobody else can hear that trash talks in one ear and blows smoke up your ass in the other) is adjustable.

–Writing 300 words a day on anything is really important to keep the juices flowing. (Full disclosure: I have a hard time with this one. I don’t do well with being told what to do. Even if I’m the one doing the telling.)

Anyway, I love Anne Lamott so much that when my first novel was being brought out by a small press and I was tasked with finding my own endorsements, I reached out to one of her reps. He wrote back so quickly to say that she was taking a “blurbatorium” it was like he’d been waiting for years inside my computer just to turn me down.

Taking classes can also get you off Writer’s Block.

Not long after we moved to Charlottesville, back when I was experiencing the social state my offspring kindly refer to as When-Mom-Had-The-No-Friends, I signed up for a workshop on crafting non-fiction. I was in search of instruction. And buddies. So I was thrilled when I thought I found both in the teacher. We were roughly the same age. We seemed to have the same sensibilities. She laughed at my jokes. I invited her out for lunch.

She blew me off. (That was seventeen years ago. Like most writers I have an uncanny ability to nurse and store hurts for easy access.) But I digress and I’m economizing.

Despite my mortification I stayed in that creative non-fiction class. The (mean) teacher emphasized the importance of utilizing all senses not only for texture but also narrative. She brought in photographs of paintings and asked us to free-write memories they triggered. I held the snapshot of the gloomy greasy spoon in Edward Hopper’s Nighthawks and recalled going with a group of friends for 4 a.m. eggs at the Tastee Diner in Silver Spring. Graduation was around the corner and we were giddy with the future. But studying Hopper’s artwork I suddenly remembered that off in my peripheral vision of that night of laughter and possibility, were a couple old men slumped at the counter, draped in a corona of futility.

Wouldn’t that have made a good framework for a story—ghosts of the future seated at the counter?

In any event, what I’ve learned is that there are a lot of different avenues away from the blighted block. Even writing about it.

ps There are almost 900 words in this piece. Which means I can take the next couple of days off.