If I could erase anything from my distant past (not the recent one), it would be that first half of fifth grade from September to December of 1960. The country was on the edge of its Camelot years with JFK and Jackie, perfectly coiffed, on his arm. I was on the edge of my first meltdown: pre-adolescent, pre-pubescent, pre-everything. Stuck in fifth grade, I viewed the universe from a basement classroom in the bowels of St. Wenceslas Elementary School in a boring suburb of Cleveland.

Most of the teachers were nuns, relegated to black and white habits. The only flesh of their bodies permitted to touch the air were their faces and hands. Nothing else. But there were a few lay teachers (as the Catholic Church called them): single or married women who taught at the school and graced the long halls with their make-up, jewelry, and pleated skirts. Miss Barbara with her dyed hair. Mrs. Carol with her coral lipstick. Miss Maria with her dark mascara and ankle bracelet.

But they all paled next to Mrs. Margaret, my fifth grade teacher: flawless skin, strawberry blonde hair swept-up into a French twist, pastel dresses. Every day, a new color of fabric flowed around her body like an aura. But it was the string of pearls around her neck that was constant. Mrs. Margaret’s daily talisman. Monday through Friday, pearls from September to December. Real pearls, Kathleen whispered to me in the lunch line. All the girls thought Mrs. Margaret wanted to look like Jackie Kennedy, poised and perfect. But what all her students learned after the first week of school was her physical beauty was just that. Nothing more. When the door of her classroom was closed, she became a heartless taskmaster, a cold perfectionist.

I had seen Sister Brendan break a yardstick over Glenn’s head in fourth grade. But I had never seen a teacher—nun or lay—emotionally humiliate students like Mrs. Margaret. She was relentless: taunting Patricia for being “too nasal” when she read her history assignment in front of the class; laughing at John for his twitch, his constant stutter. Every morning she would make us change seats, always dependent on our grades from the day before. The “A” students sat in the front of the class. Behind them, the “B’s” and “C’s”. Then “The Failures,” as she called them. “After a C,” she would crisply state, “there’s nothing else—no D or F—only Failure.”

Those were the poor souls—Richard, Daniel, Mario, Marie—who always saw the world from the back of the classroom. For the most part, I kept my seat in the front row, learned to study hard, get good grades and test scores, and keep my mouth shut. Until that one day in December, 1960—two days before our long Christmas break.

During that entire week before break, we did nothing but take standardized tests. Mrs. Margaret devised The Ultimate Test Week—two long tests a day—that would determine the seating chart for the beginning of the next semester when we came back to school in early January. “Who cares about next year?” lamented Jerome. “I just want to think about Christmas.” But not Mrs. Margaret. No cards, no Secret Santas, no holiday decorations. Just tests.

On Wednesday morning, two days before the long-awaited break, I finished the vocabulary test in record time. I placed the completed test booklet face-down on my desk and took out my history book to study for that exam which was being given in the afternoon. I had just opened the World History and You textbook when Mrs. Margaret sharply called out my name. “Stop what you’re doing. Stop. RIGHT NOW!! Put that book down and bring your test booklet to me.” Everyone stopped, the No. 2 pencils frozen in their hands.

I had never been admonished by Mrs. M. before, so the harsh sound of my name on her lips was “a first, a shock” (as my best friend Annie told me later). I was also stunned but dutifully came up to her desk with my test. I handed it to her but she refused to take it. “No, I don’t want it. I can’t accept anything from someone who cheats.”

“What?” was all I could say. My mind was numb. Only later that day did I realize she thought I had taken out my vocab book with the intent of cheating on the test.

“Now, turn around, face the class, take your test, and rip it into shreds. Slowly, slowly, so you can hear every tear.

Then, put the pieces in the waste basket by the door.” My heart sank to the bottom of my feet, to the floor, to the bottom of the school’s foundation. My classmates looked at me with a mixture of horror and bewilderment as I slowly, slowly tore the test booklet in half, in fourths, in eighths, in sixteenths. Until I couldn’t tear it up anymore. All this time, I couldn’t cry, didn’t sob. (I did that later on the walk back home with Annie trying to console me). “Now, go back to your desk and sit down,” Mrs. Margaret finally said. “You’ll eat lunch by yourself today and stay inside for recess. And the rest of you better learn from this lesson. Alright, the drama is over. Get back to finishing your test.”

As I took my seat, Annie whispered, “What just happened? What did you do?” Questions that were in everyone’s mind, including my own. Everyone’s except Mrs. Margaret. Her pale neck outlined by the pearls that glowed coolly in the overhead fluorescent lights. The rest of the day was a blur. All my classmates were afraid to even look at me for fear that my unfair punishment would somehow rub off on them.

The walk home was clouded by the cold gray day, my tears, and Annie trying to cheer me up. It didn’t help. When I got home, I went straight to my room. My mother could sense that something was wrong and—with 15 minutes of prying—finally got the whole story: the false accusation from Mrs. Margaret, the blur of ripping-up the test, the silence of the classroom, the lunch in solitary confinement, the detention.

Then my mother did something she had never done before and would never do again. She called St. Wenceslas School and demanded to talk to the principal, Sister Mary Alouise. From my bedroom, I could only hear my mother’s side of the conversation but it went something like this…

“No, you don’t understand. I’ve never seen her so upset. Yes, yes. All right, talk to her and get her side of the story. But, I’m telling you, this is very unusual. Right, well. I’ll also talk to Annie’s mother about this and see if Annie told her anything. Yes, yes. Thank you, Sister.” I could not have imagined what happened next. The last two days before Christmas break were filled with silence, more test booklets, worn-down no. 2 pencils, and a dream-like landscape on the playground. I became the popular kid for all The Failures, those kids forced to sit in the back of the class: Richard, Daniel, Mario, Marie. They basically canonized me and started calling me The Saint of Saint Wenceslas—a convoluted holiness if I ever heard one. The principal even talked to me in the cafeteria.

In contrast, Mrs. Margaret avoided me and hardly said a word for two days. She fussed over her hair a lot; re-pinning her French twist with blonde-colored bobby pins.

After the 2-week break, we came back to our classroom and, to everyone’s surprise, a new teacher. No one was told about the change in faculty, not even our parents. Mrs. Margaret was gone and replaced by Mrs. Marian (who had thick glasses, a beak-like nose, gray hair—and a kind heart) for the rest of the school year. The pastel dresses never returned. And when I received my mid-term report card, I got all “A’s”—even on all my tests. Even on the ripped-up vocab test.

Sometimes I dream of reliving that day in December of 1960 all over again. Not as an adult, but as a sassy 10-year-old. Not as a good Catholic girl, but as a teased-hair, pink-lipstick rebel who refuses to tear-up the test. She grabs Mrs. Margaret’s pearl necklace instead, breaking it. She takes the pearls from the dull green linoleum floor and hands them out to Patricia and her sinuses; John and his stutter; to all The Ultimate Failures and their tear-stained report cards. And leaves nothing around the neck of Mrs. Margaret except her hesitant hand. Feeling for something she lost. 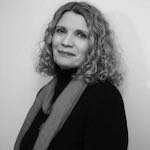 Linda Nemec Foster is the author of eleven collections of poetry including Amber Necklace from Gdansk (LSU Press), Talking Diamonds (New Issues Press), and Listen to the Landscape (Eerdmans Publishing). Her latest book, The Lake Michigan Mermaid, co-authored with Anne-Marie Oomen (Wayne State University Press) was selected as a 2019 Michigan Notable Book by the Library of Michigan. Her work has been published in numerous magazines and journals such as The Georgia Review, Nimrod, Quarterly West, Witness, New American Writing, North American Review, Paterson Literary Review, and I-70 Review. She has received nominations for the Pushcart Prize and has been honored by the Arts Foundation of Michigan, ArtServe Michigan, the National Writer’s Voice, and the Academy of American Poets. From 2003-05, she was selected to serve as the first Poet Laureate of Grand Rapids, Michigan. Foster is the founder of the Contemporary Writers Series at Aquinas College. Her new poetry collection, The Blue Divide, will be published by New Issues Press in spring of 2021.

One thought on “Only Skin Deep by Linda Nemec Foster”