These are but a few of the fascinating faces caught in telling moments by photographer Mark Edward Atkinson. A native of Fayetteville, North Carolina, Atkinson now lives in Virginia Beach where he is creative director of Otto Design and Marketing. A writer and documentarian whose portfolio includes films, landscapes and still lifes, his portraits of people from near and far are especially arresting. “I love the unexpectedness of people,” he says. “The work allows me to walk in the lives of many fascinating people.

“…Peoples’ stories have emotional weight to them…the stories are intriguing to me. With the editorial stuff, there’s a lot of chance; there’s a lot that happens in front of you. Part of getting great images is showing up…being there for things to happen in front of you like Cartier-Bresson’s ‘the decisive moment.’” Besides Cartier-Bresson, Atkinson numbers Richard Avedon, Diane Arbus, Dorothea Lange and Walker Evans among his photographer mentors.

“I certainly liked Avedon’s work…the breadth of it. He probably is known for a lot of the fashion stuff but also for his searing portraits of people, and his book of the West, and early on he did shots in a mental institute. He had a pretty wide variety of work throughout his career.”

Now having freelanced for over 30 years, Atkinson has traveled the world shooting for nonprofit organizations such as Mercy & Sharing, ICD, Smile Train, the United Way, Urban Ministries of Charlotte and Picture World Hope. His photos have appeared in Time, Newsweek, The Washingtonian, Esquire, The New York Times Sunday Magazine, Marie Claire, and the National Enquirer.

Atkinson’s mother helped him buy his first camera (a Yoshika DTL1000 35mm) when he was “floundering a bit” in his junior year at Wake Forest University. A business major, he loved shooting sports and campus fun and games. He started his career reporting and photographing for the News and Observer in Raleigh, N.C., where he soon won his first award for a photo illustration. Still feeling the need for more photography training, he earned an Associate of Applied Science degree in photography from Randolph Technical College in Asheboro, N.C. He moved to Norfolk in 1982 and pursued editorial work for a group of state magazines.

“I mostly loved it all, but looking back, from my early days in the newspaper business, I was always, and continue to be, drawn to shooting people and their stories. Whether they were artists or factory workers, spies or murderers, it was always fascinating,” writes Atkinson in Proof, his 2018 retrospective volume of over 200 photographs.

Every shot tells a story. “The father and daughter (above) was when I worked for the Raleigh News Observer,” he says. “He was a gardener for the Biltmore Hotel but lived up on a mountain somewhere selling herbs and plants. I liked their same serious look and stance. I asked if this lamb was a pet? ‘It’s not a pet.’ he said. ‘It’s going to slaughter.’”

Also early in his career Atkinson shot Dizzy Gillespie at home in Brooklyn. “He was a sweet guy. He couldn’t have been nicer. We played pool in his basement. I think we shot this in his laundry room because I wanted a dark background. He was known for his paunchy cheeks; it’s kind of iconic in some respects so I latched onto that a little bit.”

Lib Watson shows the influence of Atkinson’s  gurus. “Lib had a great, cutting edge sense of humor; a kind of defiance and smugness, just a big personality,” he says. “There’s a fabulous farm scene on her double-knit blouse. The colors are rust, brown and mustard. Her plaid pants were double-knit as well. She looks like she has arms that go on forever. It has that Arbus, Avedon portrait kind of look to it.”

“I shot this at an old house on the ocean front. One day I was over there with my son. The kids were playing in the back yard. This, to me, was a quintessential moment where you’ve got this little girl on the left looking at this prankster girl…reacting with a jealous look to the showiness of the “pretty” girl preening for the camera who knows she’s cute and pretty. There’s a certain feeling that this dynamic will play out for both going forward.”

Atkinson’s quick eye for an emotional moment and elegant lighting would serve him well as his career advanced. For the most luminous look, he often shoots at dawn or dusk. “Unless I’m going for some crazy effect,” he says, “I want the light to be as natural looking as possible. To me the biggest deal in imagery is light and the ability to understand it and use it and make it work. I think that’s what really good photographers bring to the table.”

Coming in close, Atkinson uses natural, warm light, capturing the pleasure and pain on this abandoned child’s face. “This kid had a look that was crazy interesting,” he says. “These orphan kids end up staying too long to find families. Her eyes are like puddles that draw you in.

“I was walking around the streets in Ghana, and saw these guys all meditating, circled in smoke. This was early in the morning; the light was soft and beautiful. And he was smoking whatever.”

Shooting near home, Atkinson skillfully used natural light from the doorway and a reflector to gently light the face of Mo Spector, an Eastern Shore artist in his sculpture studio. “Nice portrait of him but creeping into the back-ground you get a sense of what he’s up to…You’ve got the messy studio and all of a sudden you’ve got this strange Picassoesque, alienesque bronze statue of a reclining woman…It’s unsettling,” he says.

Atkinson discovered this Washington couple who retired to Cape Charles, Va. to open a Russian tea room. “I loved her character, and loved the fact at this age she gets dressed up, plays the role, makes Russian appetizers and cookies and serves tea,” he notes. “I also like the idea of the look she has with her eyes closed. It gives you the feel of serenity. It’s in a moment.

“I tried to blend the ambient light of the room with a little bit of light on her to pop her out. I tried to light her from the direction of the window so it has a natural look to it.”

Atkinson approached Portsmouth chef and artist Sydney Mears, showing his irreverent humor and streak of irony. “He lives in a storefront kind of place decorated with dolls and bobble heads and styrofoam sculptures. He was getting ready to open a new restaurant of old southern food ways. He sells his own grits. He’s a virtuoso. The flavors of his food are just so interesting, collaborative. He’s the kind of person the wilder you want to be, he’s there.”

Atkinson crossed paths with Larry Mason in Charlotte, N.C., where he’d shot documentaries for a group that helps the homeless. “Mason had been on the streets for years and years and had just gotten his own place through this organization. I’d met him the day before and he was drunk and railing. Almost kind of scary. The next day, he was settled down and I asked if I could take a picture of him. At midnight a few days later, I got a call and was told Larry stepped out in front of a car and got killed. Very sad. He was a fixture. At his funeral, 500 to 600 came to it,” he says.

“The V was an old hippie thing. Harley Davidson wings were tattooed on his forehead. He lived hard.”

In Charlotte, Atkinson happened on another homeless resident who’d recently moved into a one-room apartment. “This is all stuff he collects or makes—including ships with guns on them out of found materials. He plays music—all rock. He’s a big Beatles fan and Motown. He played bass and sang in a homeless choir. A wild, fun crazy guy to shoot.”

Taking his dramatic artistry to advertising fashion, Atkinson shows his stuff, both noir and romantic. “I certainly love the idea of a little bit of that noir moodiness…particularly in black and white. And even more so in some of the color work.”

While shooting his hip-hop assignment, Atkinson met and shot Daniel Day, a snazzy haberdasher famous for his Harlem store, where in the 70s and 80s he dressed many hip-hop stars. “He dresses up like this every day. We’ve become a casual nation and here’s a guy who thinks about what he wears and looks this good,” says Atkinson.

On home terrain, Atkinson demonstrated his talent for evocative lighting in shooting Black Elvis, an Elvis (Presley) impersonator as part of a magazine piece on Eastern Shore artists. “We shot it at dusk out in the cotton field; the setting wasn’t lost on either of us. We both laughed about it. But the magazine wouldn’t use the photograph,” he says.

Atkinson’s photos also emanate energy, rhythm and animation. A guitarist and “closet musician” himself, he found the right light and setting in shooting a CD cover for musician Michael Marquart, a producer, tech engineer and a former member of The Flock of Sea Gulls. “While filming him performing, we wandered into this room. The light was natural. It was so pretty coming through the windows away from the staging area. I said, ‘sit there and let me get a couple of shots.’

“I’ve been drawn to shooting performers; they’re fun whether dancers, artists, musicians. They’ve had to be in front of a camera and the public, so it’s not as painful to them as other folk. They also have an idea of how they look or want to look. I like the challenge of it…the idea that sometimes they’re willing to do interesting things.”

“The big deal, as I tell my son who’s now 23, you’ve got to love what you do. I’ve woken up for 30 years and love what I’ve done. Every day, I couldn’t ask to do anything I’d love more, it’s still special to me. Again, a lot of it is just showing up.” 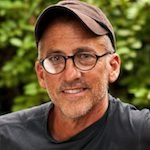 Mark Edward Atkinson has a Virginia Beach show this summer. His book, Proof, highlights his collection of fine photos drawn from his 2018 retrospective show at Norfolk’s Hermitage Museum & Gardens. “I’ve never been one to look back a whole lot,” says Atkinson. “Artists are people who want the next thing. What are we doing now? That was yesterday. Once the show and book were done, I thought, ‘let’s get back to work. I need to do something.’ We’ll see.”