In retrospect, I must have taken people by surprise, a seven-year-old standing alone on the corner of Cedar and State Street, passing out bumper stickers and campaign buttons for JFK. It was an act of irony and early independence, having been born into a solidly Republican family marred only by the fact that my mother had voted for FDR…and now me. Passing out understates my zeal; I was determined to get a button on every passing lapel, to undermine the integrity of gleaming chrome with that red white and blue strip featuring the name Kennedy and his irresistible smiling face.

To look back on his campaign slogan, Leadership for the 60s, with today’s hindsight on all that I did not know about him then, I don’t think I would change my seven-year-old stance. At the time, I was so much a fan (was it really my first crush on an older man?), that when he came to the Conrad Hilton as president in March of 1963, I managed to slither my ten-year-old frame between the camel hairs and lesser winter coats right up to the rope aisle and stanchions to shake his hand. The occasion that day was a civic luncheon where he identified unemployment as a national economic concern specifically as it relates to youth workers, agriculture and automation. Eight short months later, he would be dead.

My mother, a puritanical persona who artfully concealed the parts of her that were not prudish, hinted in age-appropriate innuendos that Kennedy was not a saint. Even then I knew what that meant. She went on to say that he could never be effective without Bobby, and crowned her indictment saying that he was in cahoots with the Mafia. She did, however, shed tears when little premature Patrick died, and complimented Mrs. Kennedy on being ‘such a lady’ – before launching into a hissed vilification of a rich socialite from money marrying money. When Bobby went after organized crime and, as historical record shows, redirected the president from his bromance with Frank Sinatra, I took a victory lap in loud and vigorous debate with my mother. Somehow, Marilyn Monroe singing Happy Birthday Mr. President just didn’t spark my interest.

I went to a private school in a converted mansion at the edge of Lincoln Park requiring my mother to drive me from our Gold Coast apartment on her way to the north side high school where she taught English literature. Car time was say-what’s-on-your-mind-time (a strategy I would like to think I later employed with better results with my own daughters). Driving through April’s showers in 1961, I heard a lot about the Bay of Pigs from my mother because it turns out that one thing worse than being a Democrat was being a Communist and Castro definitely was a Communist of course completely a puppet of Khruschchev which meant that the CIA most definitely should have prevailed and it was just terrible, Just Awful that this attempt at setting the world order right had failed. And now the Communists knew about our plot against them and that would endanger the Cold War world order even farther, so it was a good thing that we have air raid shelters. In case something awful happened. I was developing anxiety, and also getting a hint of how fact and fear exist on a collision course.

It’s not surprising that my mother told me point blank that we were getting into another world war a year and a half later when the story broke that the Soviets had shipped nuclear missiles to Cuba that were capable of attacking US cities. History offers a better set of facts than my very nervous mother who scared the shit out of me every morning in the car. Turns out that through a Russian spy masquerading as a clown performing for children in the Kennedy compound, Bobby established a channel to craft a secret deal with the Russian ambassador whereby America would pull out of Turkey and Soviet weapons would be withdrawn from Cuba. My mother and I were not the only ones who were greatly relieved.

Today especially, I want to vote for a president who comes from principles of service to the people and the nation. Subsequent generations of have shown the Kennedys to have plenty of that, along with the tragedy and human failings that have kept us all riveted for almost seventy years.

The news of JFK’s assassination was announced over the PA system in school That November 22nd. Like so many I was riveted to the black and white broadcast of the motorcade, the salute, the veil over Jackie’s face. The hours after the assassination have replayed Johnson’s swearing in next to Jackie’s blood stained suit, and history has exposed all the ways that JFK was not a saint. But, JFK had our backs. 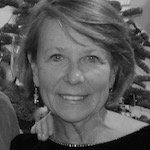 Mary Pacifico Curtis has authored Between Rooms and The White Tree Quartet, poetry chapbooks published by Turning Point, a WordTech Communications imprint. She was a Joy Harjo Poetry Finalist in the 2012 Cutthroat Poetry Awards, and is a Tupelo 30/30 Alum.