My father, every time I have gone home during the holidays the past two years, has been proud of his legitimacy as a businessman. He says he pays taxes upward of Rs.1 crore. He shows me his golden certificate from the Income Tax Department of India, “I don’t think anyone in our industry has this.”

He is a fifty-four year old businessman, in charge of running four establishments full time—the three factories that produce perfume as part of our family business, our villa in Greater Noida, our house in New Delhi, and me, in England. I have two credit cards, one from Standard Chartered Bank of India, and the other from Barclays, but he always gives me some pounds in cash each time I leave home for England.

I’d always seen my friends in school use their credit cards at shopping malls and food courts.

Why do we always use cash then?

“Most of the manufacturing industry runs on transactions of cash, especially the perfumery industry. Your friends’ fathers are jewelers and marketeers. They’re only in the business of selling. We sell and produce.”

Mr. Narendra Modi, the current Prime Minister of India, caused chaos with this surprise announcement in a bid to clamp down on the black economy. The government’s narrative is as follows—unaccounted cash was being used to fund terrorist activities, the circulation of fake currency fueled the parallel economy, transactions in cash inevitably led to tax evasion, and ultimately, demonetisation would give way to digital transfers, thereby formalising the country’s economy.

When demonetisation took effect overnight, I was mid-semester at Warwick. I didn’t feel any shock waves.

My father had been transferring money every month for my rent; my bank account had a bellyful of pounds for taxi rides and food deliveries. The only visible difference, for me, was a crisp pink Rs.2000 note in my wallet when I travelled back home in the winter of December 2016. I stayed in Delhi for a month over Christmas. Even so, Modi’s demonetisation did not crinkle my lifestyle. I had drivers at my call to take me around the city; cooks, to prepare three fresh meals for me each day, and tens of pink notes for my skin treatments.

The most adversely affected sections of the population were those, in fact, who were too poor to even have bank accounts. The farmers in rural India, the local chaiwalas, rickshaw and auto drivers, small business traders, and daily wageworkers.

To understand its impact, I had to look in the nooks of my home. Not in our bedrooms: but the kitchen, the quarters, and the small wooden shed for the guard…

“Do you know Vijay now pays taxes? Can you imagine?” Papa measures his own success by the success of his employees, he says.

“Mishra ji now has his own car, and Manoj is buying a new house.”

Dad, how did demonetisation affect the business then?

“I need to pay my clients in cash, because not everyone is willing to pay their taxes.”

He walks past me to refill his crystal with whiskey. I hear the ice crashing to the bottom of the glass.

“So, because the banknotes suddenly went out of circulation, I couldn’t pay for materials like rose oil, labdanum, bergamot. It slowed down our manufacturing.”

I remember you telling me that business was slow, but, I mean, I didn’t feel the ripples.

“Bacche, of course you didn’t feel it.”

“You’re a spoiled brat.” He mumbles, and snorts.

“Arrey yaar, this is my whiskey time.”

“VIJAY!” He calls over his shoulder.

Papa motions towards me. “Bata isse.”

Vijay bhaiya takes off his flip flops, tugs at his trousers, and sits facing us with his back rested again the railing.

The World Bank has lauded the bold policy because 87% of India’s economy is cash driven. Even online shopping in the country is done with cash: approximately 70% of online commerce is paid with cash on delivery.

My sister and I can vouch for that number.

Vijay bhaiya chuckles and says, “main kya bolun?” (What do you want to hear?)

Policy ke baad kya kiya news dekhne ke baad? (What did you do, and what were you concerned about after watching the news?)

He says that he had to stand in line outside several ATMs to withdraw the new denomination. It was February, he was dehydrated, but he needed the money to pay for his daughter’s school fees, for his wife to buy groceries, for his son to get fuel for his motorcycle. He says he saw two people faint in front of him. No one helped. They took their place in the queue. The ATMs by this point had started running out of cash. Most of the other machines were non-functional. He says that his morning routine, for two months, after the announcement of the policy had consisted of waiting—he makes his hand move like a snake’s body—in serpentine queues behind sweaty strangers.

He says the people—his friends, his family, that had to take buses and rickshaws and autos were stranded. The toll operators too, had refused to take old banknotes. Trucks were marooned on all major highways across the country, including the highway twenty minutes from our home.

The Indian Supreme Court observed that Modi’s execution of policy was not a surgical strike, as the government has since repeatedly insisted. It was carpet-bombing.

Papa sets his glass down on the table and makes a water ring.

He wipes the excess amber liquid from his lips. “Haan, he’s right.”

“Obviously, the people laying bricks for our new factory don’t have bank accounts. They need to be paid in cash after a full day’s work. So most of the company’s cash was used to pay salaries.”

They both tell me that they know of business owners who circumvented the payment of salaries of their employees once they were hit with cash shortage. Either that, or they fired them without notice, leaving them on the streets—as they had first come to them.

I have seven tabs open on my browser. New York Times, The Guardian, and Harvard Business Review—the international media seems to be at odds with the international banking institutions. All three newspapers unanimously tout demonetisation as a “case study in poor policy and even poorer execution.”

“Hmm?” He looks up from his phone. “Found something interesting?”

If a smaller sized note of a higher denomination is introduced into circulation, wouldn’t it make money laundering even easier?

Papa scratches his beard and then acquiesces. “Haan, I agree.”

I think he’s pleased with my observation. He translates to Vijay bhaiya, my question. Vijay bhaiya titters.

Outside of the thirty-three deaths as reported by The Indian Express: a child dying in a hospital because the parents only had old currency notes, several people collapsing of exhaustion stationed in queues at ATMs, and a few committing suicide because they were unable to feed their families—The World Bank remains positive that Mr. Modi’s extreme step is necessary for long term financial inclusion and transparency.

The plan is clever on paper. Nevertheless, outside the big cities, where the transactions are in cash, and the financial structure is least developed, the abrupt invalidation of a significant amount of outstanding currency has proven to be a monetary shock. Much of India’s shadow economy in this sense provides real employment and income, but not all of it can migrate above board quickly and easily. Therefore, whatever cannot easily be shifted represents a potential loss in economic activity.

So are you pro-demonetisation then?

Papa puffs on his cigar, “I’d cleaned my business long before this had taken effect, so it didn’t hit me hard.”

He looks at Vijay bhaiya, and eggs him for his opinion, “Vijay, kya kehta hai?”

(It was difficult in the beginning, but the chaos seems to have died down. Regardless, people like us do not have a choice: we have to keep moving.)

Papa looks at me.

I mean, the motive isn’t clear. The execution is poor. I cannot envisage the long-term effect, and I think that’s a problem.

The Modi government’s goal was to force out stashed cash people had hidden to avoid paying taxes. The narrative shifted once criticism erupted. The government’s freshly minted Rs.2000 notes issued after demonetisation, are already being counterfeited, as of January 2018. 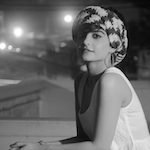 Brinda Gulati is a finalist at the University of Warwick reading English Literature and Creative Writing. She has lived across continents, in different cities—Delhi, Singapore, and currently the UK. Brinda’s most recent work experience was with hibooks in London, and she has been most notably been published by the Sunday Times, Berfrois, and Entropy Magazine.