Matt had been one of the lucky ones, one of sixteen coal miners chosen to work on a Saturday morning. His boy Luke brought the count to seventeen. Matt expected him to be excited for his first day of work, but Luke had been dawdling all morning. When they finally stepped inside the mine, the other men were already gathered a hundred feet ahead. Their carbide headlamps shone on the uneven, rough-cut earth and formed a circle of light.

The reverend’s high-pitched voice cut through the air. “Thy will be done, on earth as it is in heaven.” He had a way of praying with his whole body that sent flashes of light across the ground and the ceiling, then toward Matt and his boy, although the light wasn’t intense enough to reach them.

It was too late to join the prayer circle, so Matt stood his ground. “Lead us not into temptation,” Matt prayed while his boy continued to fuss with the canary. Luke fidgeted and shifted his feet, a sure sign he was excited or nervous. More likely both. When Matt told him to hold still, he did, but it wasn’t long before he lifted two fingers and made a bunny shadow hop around in the lamplight, never seeming to be aware that Matt was disappointed in him.

Matt was tempted to snatch Luke’s hand and take him out of the mine like his father had done on Matt’s first day when he, too, was eleven years old. His dad had never believed in sparing the rod and sent him home bawling with welts on his backside that hurt him to the bone even now. Matt had never struck his son. A boy needed to be taught patience by a patient man. He needed to be taught forgiveness by a man who knew how to forgive. Matt was still working on that one. His father who was now in heaven had never deserved forgiveness, never asked for it.

Earlier that morning, Luke kept poking his finger into the cage and fiddling with the latch all through breakfast and as they walked to the bathhouse to put on their gear. No matter how many times Matt told him to stop, the temptation was too great for his boy. The canary was so riled up, he’d be worn out by the time they got to work.

Luke sat on the bathhouse bench and kicked his scrawny legs while Matt struggled to roll up his boy’s cuffs and tie his shoelaces with an extra knot. “Son, you gotta hold still. This is important work we’re doing. Your mama’s worried you’re gonna get hurt, and she said she’ll never forgive me if you do. So you gotta listen.”

All at once, Luke held his body still and pressed his lips together like he truly was listening, like he understood. “We oughta set the bird free,” he said. “He don’t like feeling trapped.”

“That canary’s gonna keep us alive.” Matt tightened the straps on his son’s overalls and buttoned him into a work jacket that was three sizes too big. “He has to stay in his cage to do it.”

Luke squinted his eyes and screwed up his face, and Matt could almost see the thoughts building up and more forming inside his head. That morning, Pauleen had made Matt swear on his mama’s Bible that he wouldn’t make Luke nervous on his first day in the mine. “Fear won’t do nobody any good,” she’d said. Maybe it was too late.

“Women aren’t allowed inside the mine. That’d be bad luck. This bird’s set on giving us good luck. That’s how I know.” It was all nonsense. Matt couldn’t imagine his wife bringing him bad luck. She’d brought him nothing but good.

After the miners said, “Amen,” and the circle of light was broken, Matt kept his headlamp steady on the ground before his feet and led his son into the belly of the mountain. They took a left where the circle of light had illuminated the black earth and walked a full mile away from the entry shaft. All the while, Luke’s light darted this way and that, on the walls and the ceiling and the bird. Then he held it on Matt’s shoes. The moment Matt parted his lips to warn his son to light the ground in front of him, to remind him the path to their room was not flat and he’d risk burning himself with that flame on his head if he fell, Luke pointed his light on the rough earth in front of his own feet. He placed his tiny, warm hand in Matt’s and allowed his father to lead him into the darkness.

The cavernous room that Matt had been hollowing out over the last week felt sort of like a kingdom to him, like the one place on earth—in the earth—that was under his control. He tapped the support beams with the butt of his pickaxe, like he did every workday. One was loose, but the others would hold. “These here beams keep us safe.”

“More like a fortress protecting the soldiers behind it.”

Luke smiled. It was Pauleen’s smile. Her dimples, her puffy lower lip.

It took more than double the usual time to do the undercut, but Matt was intent on teaching by example, on showing an excess of patience as if that would undo the wrongs his father had done to him. Now, he examined the seam and picked up his auger, but Luke kept messing with the bird. “Set it in the hallway,” Matt said.

By the time the first hole was drilled, the bird calmed down. Its chirp became rhythmic until the men in adjacent rooms hollered, “Fire in the hole!” and their blasts caused the earth to quake beneath their feet. The canary was silent as if holding its breath and waiting for the blasts to end before it cried out again in a flutter of fear—maybe rage—and then settled into its rhythm again.

Matt handed the auger to Luke. It was as long as his body. Luke pressed it against the wall and turned the crank but could not penetrate it. “Put your body into it,” Matt said and held back a chuckle. He indulged in thirty seconds of watching his son the way his father had watched him before he took the auger from his boy’s hands. He’d get it in time. “Nice job. Now, if you keep real quiet and pay attention, I’ll let you set the powder on this one. It’s yours.”

His son pointed his headlamp to the end of the auger and he held it there until the mountain gave in to Matt’s will. Then Luke sent the light up the length of the auger, inch by inch, and held it on Matt’s hands as he turned the handle.

He’ll be a good miner real soon. It’s in his blood, Matt thought. He took pleasure in the quiet, the relative calm. On a regular day, four hundred men and boys would have been plinking their axes against the walls, grinding into the seam, blasting and scraping and dumping hundreds of tons of coal into carts for hours on end with no break in the ruckus, no moment for quiet to hold still long enough to be noticed.

Six inches into the last hole, Matt’s mouth gaped open. The canary was still. Matt dropped the auger and lunged for Luke, and in that instant he knew it was too late. They’d been ambushed by an explosion of methane gas that ignited the coal dust in a succession of blasts outside the room that would continue until there was nothing left to burn. “Luke!” He could not hear himself or his boy’s screams beneath the roar of the fireball as it entered their room but retreated, the crack of the weak support beam, the crash of granite as it struck the ground, and the snap of the bones in his back when he hit the ground hard, his arms still around Luke.

The mountain collapsed around them in seconds, but the fortress held, although massive chunks of rock blocked their exit. Matt felt his boy’s heart pounding against his. They were alive but entombed. Matt held his son close even as he squirmed, even as Matt saw his own feet but could not feel them.

His mind tried to make sense of it. It was firedamp, no doubt in his mind. The last blast of explosives must have released an invisible ball of methane gas from the innards of the mountain where it had been trapped.

If they’d set the charge, if his boy hadn’t dawdled, if any coal dust had been in the air around them, the fireball would have turned them to ashes, to dust. “You saved us, son. All that poking around this morning saved us.”

Matt listened for movement, a rumble or cry or shout or scratch, a sign that someone survived or had made it in to get them out, to deliver them to safety, to the light, to fresh air, to their families. But the mine remained eerily still as they ate the bread that Pauleen baked for them. It was her daily ritual. She’d wake up early in the morning and pull back her hair, but strands always fell loose as she kneaded the dough. She’d keep pushing her hair behind her ear, but it would never hold. Every morning ended with a line of flour from her forehead to her ear. Whenever she caught him watching her work, she’d flash a smile at him. He’d miss that smile and the smell of her skin behind her ear where he kissed her as she formed the dough into loaves for them.

“Your mama’s going to be mad at me,” Matt said. She’d never forgive him. She’d promised as much when he insisted on taking Luke with him that morning, even after he swore he’d keep Luke safe.

“Naw. She’ll be happy you saved me,” Luke said with his jaw full of bread. “Bird’s quiet. He must’ve flew free.”

Don’t scare him, Pauleen had told Matt. Her last words. He’d keep this one promise to her. “He probably flew right out of the mine,” Matt told Luke. Up to heaven. “Now, point your lamp on the wall, right next to mine.” He made a bird from the shadow of his hands and flew it across the light, this way and that, until Luke giggled and sent a tiny bird flitting after the big one. All the while, Matt said the Lord’s Prayer over and over again in his head and begged for God’s mercy until the air grew thin and they closed their eyes and settled into the darkness. 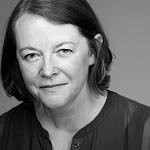 Tonja Matney Reynolds is a previous contributor to Streetlight Magazine. Her short fiction has appeared in The Hong Kong Review, Literary Orphans, Women Speak anthologies, and others. She is a Pushcart Prize nominee, a 2018 Peter Taylor Fellow for the Kenyon Review Writers Workshop, and a recent recipient of the Michael Kenneth Smith Novel Fellowship at Porches. Tonja is completing work on a novel set in a 1930s Appalachian coal town. She resides in Southwest Ohio and can be followed at tonjareynolds.com.