I remember the exact moment when I decided to become a writer. It was the winter of 1987. I was in sixth-period study hall, gripping Stephen King’s Pet Sematary. The book catapulted me into the world of Louis Creed and Jud Crandall, making the rowdy seventh graders around me disappear. Every day that week, I stayed up well past midnight, unable to put Pet Sematary down.

I spent the next few years in various states of terror as I devoured King’s most famous works including It, The Stand, and The Tommyknockers. Stephen King is a masterful storyteller. His skills with dialogue, plot, character development, and scene-setting are incredible. But even during those early years of fandom, I regularly ran across what felt like a major flaw in his books: the backstory problem.

Early chapters in King’s novels were absolutely riveting. But just as the story began to truck along, he’d interrupt the forward-moving story with a fifty-plus-page U-turn into the past. I remember little of those forays into backstory other than my fervent desire to skip them.

This summer, I experienced a similar backstory trap as I revised my memoir. Despite everything I tell students and clients, I found myself loading early chapters with backstory about my childhood experiences. The problem had my internal editor on high alert. Every move felt wrong, and yet I continued to scramble around in the past, believing it was all-essential.

As I continued to wrestle with this problem, I researched common backstory traps to see which one I’d fallen into.

Problem One: The Kitchen Sink

Authors want readers to know who their characters really are. And, because the past often predicts the future, sometimes they share everything leading up to the story present. While some backstory might be essential, most of it is unnecessary. Even when a scene from the past seems like a perfect fit, it’s important to justify its presence.

In early drafts, it’s not uncommon for writers to dump essential backstory into the first few chapters of the book. Writers who use this technique sometimes hope wounds revealed on page seventeen will have a huge payoff on page 210. If you’ve sunk a good hook into the reader, they might employ the skip technique to work their way around your backstory dump. But, if your hook is insufficient or the story doesn’t actually start until page eighty, readers are likely to put your book down. Even when readers stick with your story, they might not remember that page seventeen detail if there’s a lengthy gap between initial mention and payoff.

Solution: Place backstory properly. While some backstory belongs in early chapters, other episodes might work best as flashbacks that amplify a pivotal moment. Instead of planting that wound on page seventeen, consider a flashback at the moment when that wound matters most. This can be particularly powerful if the flashback is essential to the conflict or understanding a character’s motivation during a specific scene.

Sometimes backstory is a stand-in for character development. Interesting tidbits from the past are used to create intrigue but they tell us nothing about a character’s present experience. In her essay How to Tell if Backstory is Sabotaging Your Novel, Roz Morris writes about this problem using a character who was raised by theater folk as an example. “The writer hopes [the theater upbringing] will make her interesting. It does, to a point, but it’s only the start. The real value is in what it makes her. Does she crave security and a settled life as a result, or has it left her with itchy feet? Perhaps these twin urges are at odds inside her, sometimes pulling her one way, sometimes the other.”

Solution: Develop characters fully in the forward-moving narrative. Place them in interesting scenes where you can show who they really are. Give them quirky mannerisms and fresh dialogue only they can deliver. Let their reactions to other characters and your story’s conflicts define them. If a colorful backstory exists, make sure it defines who they currently are.

Sometimes we’re stuck in backstory because it’s safe. We know what happened and how we feel about it. Early chapters in my memoir introduce important events leading up to my brother’s suicide. Everything else happens after he’s gone. As I approached the chapters leading to that tragic moment, swells of grief washed over me. I realized that while I likely have some on-the-page backstory issues (dumping, anyone?), some of my problems are internal.

While circling around backstory to avoid painful feelings is a common memoir problem, writers working on thinly-veiled novels are also at risk. This problem can even happen when the plot differs greatly from the writer’s life, but the feeling tone of the conflict rings true to the writer’s experience.

Solution: Practice self-care and manage expectations about your progress. Allow yourself to take breaks, write at a slower pace, and affirm the power of the process. Give yourself permission to work on something else until the story feels less intense.

Once I realized my biggest backstory trap was off the page, I pushed back a deadline, wrote for shorter periods, and completed more meditations. As I accepted this part of the writing life, revising became easier. Three weeks ago, my story began sharing its secrets through late-night wakeups and flashes of inspiration. Now that we’re on speaking terms, I can ask my characters what parts of my backstory are absolutely essential.

This post originally appeared on Lisa’s blog on October 9, 2019. 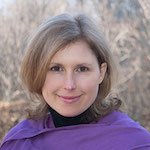 Lisa Ellison is a freelance writer, editor, and writing coach. She teaches classes in memoir, the art of storytelling, and experiential seminars at WriterHouse, a nonprofit writing center in Charlottesville, Virginia. Her work and life story have appeared or are forthcoming on NPR’s With Good Reason, The New Guard Review, The Kenyon Review, Huffington Post, The Rumpus, The Guardian, and Streetlight, among others. The HeartSpeak Columnist for the Moving Forewords Memoir Collective, Lisa is currently working on Lucky Me, a memoir about traveling with a heavy metal band into a country that committed genocide and finding will to live after her brother’s suicide.