The other day I heard somebody use the phrase, “the dead of winter,” and I thought, wow, it surely is. Punxsutawney Phil to the contrary—nor yet the strangely benign weather we’ve been having here in central Virginia, it’s the nadir, the bottom, the halfway mark. As dead as winter gets. Dark in the morning, dark in the evening and the trees still putting scratch marks on the sky.

People are apt to scream for no reason, dogs are restless. Cats stare out the window with a patient but hopeless look. If you have a canary, notice how depressed it seems, all hunched over like that. A new cuttlebone won’t help. Consider putting on some soothing music and covering the cage till April.

As if that weren’t enough, it’s National Risk Awareness Week, so watch out. You never know what might be gaining on you. It started on February 7—sorry to be so late in warning you—and ends on February 14. After which the world, as usual, will go on being risky. Stay on alert. February 14 is National Cream Filled Chocolate day and I can only say, if you aren’t afraid of cream filled chocolates, you haven’t been paying attention.

A lot of bad things happened in the past on this day, fortunately too many to mention, but here, courtesy of Wikipedia, are a few.

In 1306, Robert the Bruce set off the Wars of Scottish Independence by murdering John Comyn at a church altar. You thought you were having a bad week? In 1567, Lord Darnley, the second husband of Mary Queen of Scots was “found” strangled. More recently, on February 10, 1996, Gary Kasparov lost a game of chess—to a computer named Big Blue. And despite that, computers have still not learned how to understand speech.

On a happier note, it’s also World Pulses Day, a festival (not much observed in this country) commemorating pulses which, in fact, means not that note which throbs so sluggishly in our veins at present, but beans—dried beans, lima beans, kidney beans, butter beans and broad beans. Good food and not too risky. Have some in honor of their day. Garlic makes a good addition, though it’s not its day yet (April 19).

While you’re at it, you could take a moment—or the whole day if it’s one of those days—to notice February 10th’s birthdays. Not only your own, if it’s your day, or those of friends and family who want your attention, but also some notable figures. Mary Agnes Clarke, pioneering woman astronomer was born this day in 1842. In latter times, Alex Comfort, who brought us, or anyway, tried to bring us, The Joy of Sex, was born in 1920. Leontyne Price, first African American to become a lead singer at the Metropolitan Opera was born in 1927. Glenn Beck, conservative journalist and author came in 1964 and Laura Dern, actress in 1967. Happy birthday, everybody!

Later this week, of course, is February 14, AKA Valentine’s Day. Everybody is loved. Let somebody know that. And if you must eat chocolate, don’t say I didn’t warn you. 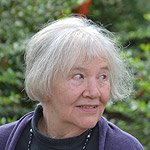 Susan Shafarzek is essay/memoir editor of Streetlight. She also sometimes posts at https://whaddyameanrosebuds.com.

One thought on “The Pulse(s) of February by Susan Shafarzek”